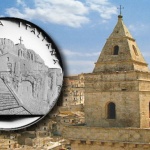 The Istituto Poligrafico Zecca della Stato (IPZS) have released (19th September) a new €10 silver Proof coin which is part of the massively successful series “Italy of the Arts.” This year’s coin is dedicated to the artistic town of Matera, located in the southern region Basilicata. Considered one of the most interesting, unusual, and memorable tourist destinations […]

The Istituto Poligrafico Zecca della Stato (IPZS) have launched (19th September) their first bi-metallic €5 base-metal coin, which remembers the 50th anniversary of the death of one of Italy’s more memorable and irreverent comedians, known nationally by the stage name “Totò.” Born Antonio Clemente on the 15th February 1898, he was the son of Anna Clemente, […] 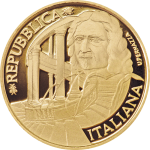 The Istituto Poligrafico Zecca Della Stato (IPZS) have issued a new gold coin which remembers one of the country’s more distinguished Baroque architects—one who created some of Italy’s most memorable structures during his lifetime. Francesco Borromini (1599–1667) is considered one of the most important innovators in Baroque architecture. His complex geometric patterns and original decorating solutions counter-pose […]

The Banca Centrale della Repubblica di San Marino have issued (26th June) their annual Brilliant Uncirculated set of euro-denominated divisional coins, including a new silver collector coin available only in the set. The eight coins included are the €2 through to the one euro-cent. This year’s theme for the presentation as well as for the silver […]

The Istituto Poligrafico e Zecca dello Stato, or IPZS, Italy’s state minting facility have issued (23rd June) a new €2 coin which marks the occasion of the bi-millenary of the death of one of the Roman world’s most important historians, Titus Livius (59 B.C.–17 A.D.) Livius is pre-eminently remembered for his work Ab Urbe Condita (The History of Rome […]

The Istituto Poligrafico Zecca della Stato, or IPZS, have issued (15th May) their latest collector coin in part of the multinational Europa Star series, which focuses this year on the “Ages of Europe—Iron and Glass.” The Europa Star coin program is an ongoing annual numismatic initiative begun in 2004. The featured structure on the Italian entry in […] 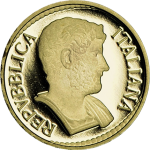 The Istituto Poligrafico Zecca della Stato, or IPZS, has issued (13th March) a new, smaller-sized gold coin that also launches a new series focusing on the emperors of Rome. The first coin in the series features Hadrian (AD 26–138), who ruled the Roman Empire from 117, succeeding Emperor Trajan until his own death 21 years […] 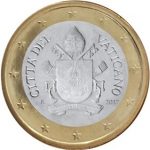 The Treasury of Vatican City State (or the Holy See) announced on the 24th January that from March of this year, new 2017-dated coins and those thereafter issued will no longer carry the effigy of His Holiness Pope Francis. The decision was carried out at the behest of the pontiff, and revised designs without the pope’s […]

On September 23, the Istituto Poligrafico e Zecca dello Stato (Italian State Mint) issued this year’s second coin in the popular and successful “Italy of Art” series. This, the larger coin of the two, focuses on the incomparable history and beauty of the island of Sardinia. (Scroll to the bottom of the page for more […]

On September 6, the Istituto Poligrafico e Zecca dello Stato (Italian State Mint) issued the latest coin in the popular and successful “Italy of Art” series. The new issue highlights the lovely town of Recanati, located in the Province of Macerata. Officially founded in the middle of the 12th century, Recanati (pictured above) probably originated from the […]