The Central Bank of Ireland has unveiled (18th July) the design of their upcoming collector coin which is the first in a numismatic series entitled “Modern Irish Musicians.” The series begins with coins honouring the talent of musician Rory Gallagher (1948–1995) and also remembers what would have been his 70th birthday. Born on the 2nd March […]

The Central Bank of Ireland have officially launched (30th November) their latest silver crown coin which is in recognition of the 350th anniversary of the birth of satirist and poet Jonathan Swift (1667–1745), whose wit and outlook on life in Ireland during his lifetime is remembered from his many works and essays. He is best […] 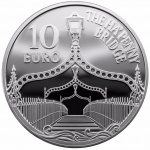 The Central Bank of Ireland debuted their latest silver collector coin which is issued in conjunction with the ongoing Europa collector-coin series. This year’s design features Dublin’s iconic and beloved landmark, the Ha’penny Bridge. The bridge, which was built in 1816 and entered its third century of service to the people of Dublin last year, […] 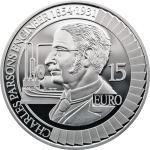 The Central Bank of Ireland have launched their next silver Proof collector coin which pays tribute to the achievements of engineer Sir Charles Algernon Parsons (1854–1931). The coin is part of the bank’s ongoing series of “Irish Science and Inventions,” which was first launched in 2014. Parsons’s invention of the steam-turbine engine was a major breakthrough […] 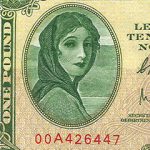 Replacement banknotes are a fascinating field of numismatics that sees many dedicated collectors. These banknotes are printed separately from regular banknotes and are used to replace banknotes that were damaged in the printing process and were destroyed. Often (but not always) these replacement notes can be identified by special characteristics of the serial number. A […]

The Central Bank of Ireland have unveiled their design for the Europa Star coin series—a multinational program of collector coins issued within the European Union (though not necessarily within the Eurozone). Ireland’s contribution for 2016 honors architect and designer Eileen Gray (1878–1976). Born in Enniscorthy, the second-largest town in County Wexford, Ireland, Gray is considered by […] 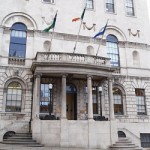 The Easter Rising of 1916 is one of the most pivotal events in modern Irish history, serving as a preamble to Ireland’s eventual independence in 1922. This year, the centennial anniversary is being celebrated nationwide; the primary celebration was held on March 27, Easter Sunday, commemorating the event which set the country firmly on the […]

The Central Bank of Ireland has issued (4th April) their long-awaited centennial anniversary coins honoring the country’s 1916 Easter Rising event, which was a pivotal step toward the country’s eventual achievement of independence in 1922. The Rising, which saw its primary leaders lose their lives in support of independence, began on April 24, 1916, Easter […] 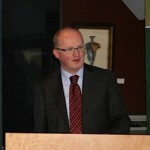 The Central Bank of Ireland has officially begun its participation in the country’s new centennial program highlighting the anniversary of the Easter Rising, which took place on Easter Monday, 1916, and led to the creation of the Irish Free State, known today as the Republic of Ireland. The launch was especially significant as the event […]

The Central Bank of Ireland will spearhead national celebrations for the country’s upcoming centennial anniversary of its 1916 Proclamation of Independence. A new commemorative coin will be launched on January 19 for both circulation and for collectors. The coin is Ireland’s first-ever separate commemorative €2 coin since it adopted the euro single currency in 2002. The […]