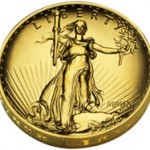 The United States Mint recently released their annual report, detailing their financial results for the 2009 fiscal year ended September 30, 2009. Despite achieving record revenue of $2.9 billion, total seigniorage and net income declined by 37.8% from the prior year. The United States Mint operates under the Public Enterprise Fund, which enables them to […]