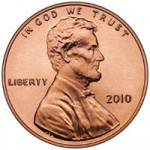 The latest weekly sales report of the United States Mint’s numismatic products includes the debut figures for the 2010 Uncirculated Mint Set. As one of the US Mint’s most popular annual products, these sales figures make an interesting study. The 2010 Mint Set went on sale at the US Mint on July 15, 2010. Through […] 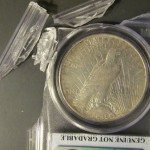 WARNING: Cracking out coins (removing them from sealed third party grading holders) can be dangerous, both to you and/or your coins. Michael Bugeja and Coin Update News take no responsibility whatsoever for any damage to yourself, others, your property, possessions or coins should you attempt to break open a holder to retrieve a coin. This […] 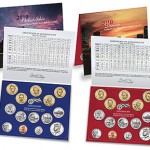 Today July 15, 2010, the United States Mint began sales of the 2010 Uncirculated Coin Set. This is one of their most popular annual offerings, which includes uncirculated coins struck at the Philadelphia and Denver Mints. The coins are produced with a special satin finish, which differs from the regular finish used for circulating coins. […] 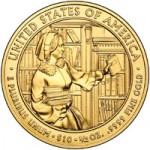 In the latest week, sales of the United States Mint’s numismatic products were lower across virtually every product category. Collectors may be awaiting the release of new products like the upcoming 2010 Mint Set and 2010 Proof Set. Sales of existing products may also be impacted by the general slow down typical for the summer […] 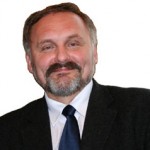 Warsaw is an amazing city, complete with tall, lean buildings and glass skyscrapers on its bustling avenues. In others, old world charm oozes from every nook and cranny, which is even more amazing since all of its old town was painstakingly restored to the beautiful district that attracts both tourists and locals. Like so much of […] 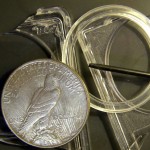 There are rules to the breakout and crossover game–cracking open a holder to free and re-submit a coin or sending the coin in its holder to a different grading company. Even if you follow those rules, you always won’t get the grade or the result you wanted. In future “Coingrader Capsules,” we’ll discuss how to […] 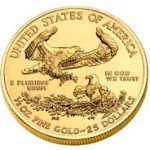 Demand for the United States Mint’s gold and silver bullion coins remained at elevated levels, although sales did back down from the near record amounts achieved in the prior month. During the month, the US Mint had six bullion coin options available. This included the 22 karat American Gold Eagle coins offered in one ounce, […] 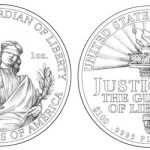 A release date for the collectible proof version of the 2010 American Platinum Eagle has recently been established by the United States Mint. This coin will feature the second in a series of six different reverse designs which explore the core concepts of American democracy as found in the Preamble to the Constitution. The projected […] 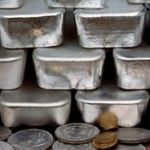 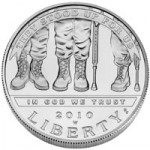 This week’s US Mint sales report includes the debut figures for the most recently released Presidential Dollar product and potentially the last sales figures for the D.C. & U.S. Territories Quarters First Day Coin Covers. Another highlight of the report is the uptick in demand for the American Veterans Disabled for Life Silver Dollars. The […]