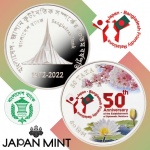 The Bangladesh Bank has released new commemorative coins marking the 50th anniversary of diplomatic relations between Dhaka and Tokyo, which were established shortly after independence. The country that emerged from the region, formerly known as East Pakistan, declared its independence from Islamabad on the 26th March 1971, and was formally achieved and internationally recognised on […] 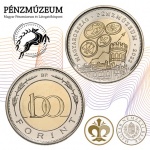 The National Bank of Hungary has released (17th March) new commemorative 100-forint coins on the occasion of the opening of the bank’s own Money Museum, which is located in their exquisite baroque-style headquarters located on Liberty Square in Central Budapest.  The Money Museum of the Hungarian National Bank was officially opened on March 15th and […] 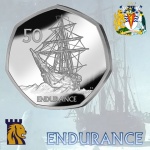 The treasury of the British Antarctic Territory has launched (17th March) their latest 50-pence commemorative coins, whose theme is part of a wider series totalling 10 coins. This is the ninth release featuring historical ship designs issued by various treasuries that are part of the British Overseas Territories. This coin, in particular, marks the centenary […] 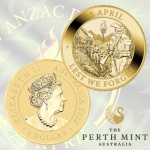 The Perth Mint has released their latest ANZAC commemorative dollar coin which remembers a particular theatre of war that changed the course of the fighting and contributed to a victory for Allied forces. The annual coins recognise Australia’s most revered national occasion — Anzac Day. Commemorated every 25 April on the anniversary of the first […] 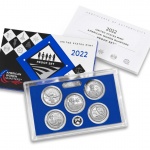 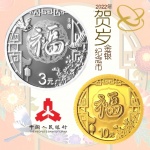 The People’s Bank of China has issued a series of gold and silver commemorative coins for the Lunar New Year, now the eighth consecutive year since the launch of this project in 2014. The ancient practice of saying goodbye to the old and welcoming the new and the culture of the Chinese Lunar New Year […] 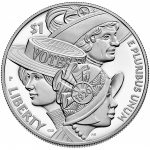 Washington — The United States Mint (Mint) was honored at the 2022 Coin of the Year (COTY) international awards competition with its Women’s Suffrage silver dollar recognized as Most Historically Significant Coin. The Coin of the Year Awards, which began in 1984, are considered one of the most prestigious global award forums among Mints worldwide. Each […] 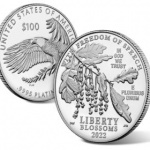 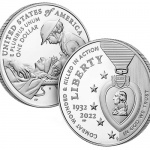 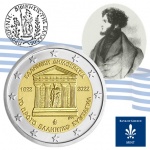 The Bank of Greece has unveiled the design for the country’s second two-euro commemorative coins issued for 2022. This year marks the bicentenary anniversary of the first constitution written and adopted during Greece’s revolution to achieve independence. One year earlier Greeks rose in defiance of Ottoman rule, which had been in place for nearly four […]