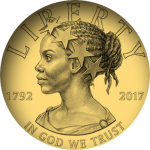 On January 12, 2017, the Mint will hold its first big event of the new year: the unveiling of the 2017 American Liberty 225th Anniversary Gold Coin design. So far, the view has been limited to the line art of the final design (shown above). An unofficial photo of a test strike has circulated online, […] 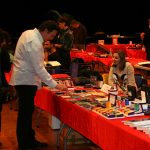 This year’s Grand Bourse–XXIV Numismatique & Cartophile proved to be yet another successful coin event for dealers and collectors alike. Held in the Fontvielle locality of Monte Carlo, the show, which took place on December 4, was noticeably busier than last year, with an increased number of dealers as well as many more spectators and collectors. […]

On November 30, the Mint of Finland offered a sneak preview of their new gold coin, which will be issued as part of the country’s national celebrations marking Finland’s centennial of independence. From next year, Finland will observe the country’s 100th anniversary of nationhood, which was gained after the fall of the Russian Empire during […] 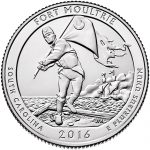 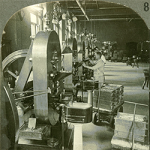 The Citizens Coinage Advisory Committee (CCAC) will hold a public meeting from 12:00 noon to 1:00 p.m. (EDT) on Thursday, November 17,  2016, via teleconference. The meeting will be held for members to review and consider candidate designs for the Secretary of the Treasury “list” medal honoring Secretary Jacob J. Lew. Interested persons should call […] 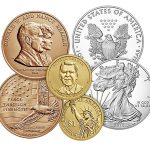 The New England Numismatic Association’s 75th-anniversary conference and convention is being held this weekend in conjunction with the New Hampshire Coin and Currency Expo. The 120+ dealers started setting up yesterday (November 10, 2016) and concluded at 10:00 this morning, when early-bird hours concluded and the bourse opened to the public. It will remain open […] 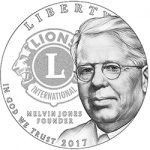 The following press release was shared by the United States Mint. (Philadelphia)—The U.S. Mint today hosted a ceremonial-strike event at its Philadelphia facility for the 2017 Lions Clubs International Centennial silver dollar. “The United States Mint is proud to honor one of the most well-known and highly regarded service organizations,” said Mint Principal Deputy Director […] 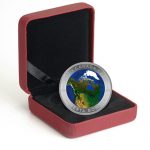 On November 1, the Royal Canadian Mint launched a celebratory coin that remembers the day Canada’s first female astronaut blasted off into space: January 22, 1992, aboard the United States space shuttle Discovery on mission STS-42. Twenty-five years later, Canadians celebrate her inspiring accomplishment with the world’s first-ever curved and glow-in-the-dark silver coin, which was […]

The United States Mint’s launch event for the Fort Moultrie (Fort Sumter National Monument) quarter dollars has been set for November 17 in Sullivan’s Island, South Carolina. The event, which kicks off at 10:30 a.m. (ET) at the Fort Moultrie Visitors Center, 1214 Middle Street, is free and open to the public. Immediately afterward, the […]

The following press release was shared by the United States Mint. On Wednesday, November 9, 2016, representatives from the U.S. Mint and Lions Clubs International will participate in a ceremonial strike of the 2017 Lions Clubs Proof silver dollar, held at the Philadelphia Mint. To commemorate the organization’s centennial in 2017, Congress has directed the Mint […]