It was announced today that special crown coins will be issued in August to pay tribute to the lifetime of official service which HRH Prince Philip, the Duke of Edinburgh, has given to the nation. It was announced by Buckingham Palace on the 4th May that the 96-year-old consort of the Queen would be retiring later […] 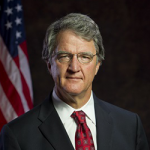 Meet former U.S. Mint director Philip N. Diehl in person at the 2017 American Numismatic Association (ANA) World’s Fair of Money in Denver! From Diehl’s creation of the popular 50 State Quarters program to his launch of the first-ever U.S. government–issued platinum coin, he is considered one of the most influential U.S. Mint directors of […]

The Whitman Baltimore Coin and Collectibles Expo (www.expo.whitman.com) was held June 22 to 25, 2017, at the Baltimore Convention Center. For many years Whitman has held spring, summer, and fall coin shows at this convention center. Though the summer Whitman show is considered to have the lowest attendance and fewest dealers of the three, we […] 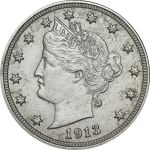 The American Numismatic Association is celebrating the 50th anniversary of its Colorado headquarters, which officially opened in Colorado Springs on June 10, 1967. Those who attend the World’s Fair of Money (www.WorldsFairofMoney.com), which takes place August 1–5, 2017, at the Colorado Convention Center in Denver, will be in for an anniversary treat: The ANA will […] 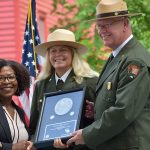 A historic steel roller mill served as the backdrop for the latest America the Beautiful Quarters Program launch event. More than 1,800 people, including 700 children, filled the area surrounding the historic Alley Mill on Monday, June 5, in Eminence, Missouri. The Ozark National Scenic Riverways quarter is the third of 2017 and the 38th […]

The Mint of Finland have announced (16th May) that the new €2 commemorative centenary anniversary coins have begun production with a first-strike celebration. The event was attended by Bank of Finland governor Erkki Liikanen, who started the production of commemorative Independent Finland 100 Years coins at Mint of Finland’s facilities in Vantaa. Accompanying Governor Liikanen was Mint […]

The American Numismatic Association (ANA) Road Show will make its next stop at the Las Vegas Numismatic Society Diamond Jubilee Coin Show, May 18–20, at the Westgate Las Vegas Resort and Casino, located at 3000 Paradise Rd., Las Vegas, NV 89109. The ANA Road Show gives members and collectors around the country an opportunity to […]

Members of the American Numismatic Association (ANA) are encouraged to share their ideas and research with fellow hobbyists by delivering a Money Talks presentation at the 2017 World’s Fair of Money in Denver, Colorado, August 1–5, at the Colorado Convention Center. Those interested in presenting can submit an online proposal here. Proposals are due no later than May […] 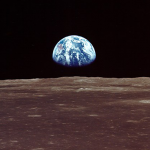 The Mint has issued a call for artists to participate in a design competition. Public Law 114-282 authorizes the secretary of the Treasury to mint and issue $5 gold, $1 silver, and 50-cent clad coins commemorating the 50th anniversary of the Apollo 11 Moon landing. These coins will be struck in the domed format previously […] 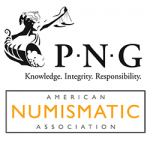