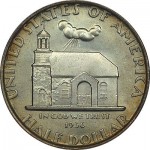 Even though it is dated 1936, the Delaware Tercentenary Half Dollar was not struck until 1937, and it commemorated an event that did not take place until 1938. It is one of the many examples how the early commemoratives were exploited to suit the interests of local groups wishing to make money off the craze […] 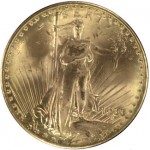 Shortly after finding out that I am a rare coin dealer; new acquaintances will often begin to ask about coin collecting. One of the first questions many people ask – What is the most expensive coin? Most are astounded when told that a 1933 Double Eagle sold at auction for over $7,000,000 several years ago. […] 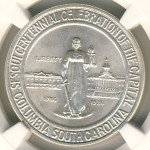 The sesquicentennial of the city of Columbia, South Carolina as the capital of that State was celebrated with the issuance of a commemorative half dollar. Struck at all three mints in use at the time, each issue had a relatively low mintage of less than 10,000 coins, but there are still plenty of coins available […] 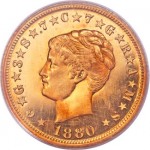 The Long Beach Expo held this past week included a Heritage Auction with a wide variety of numismatic lots. In our preview article we discussed a number of these lots, and in this recap we will look at those lots that resulted in the highest results. Overall the sale realized prices that were in line […] 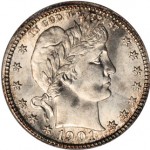 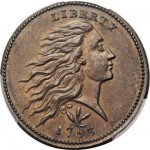 The June 2015 Long Beach Expo includes a U.S. coin auction organized by Heritage. Offered are 4,414 lots, ranging from colonials to territorial gold coins, with auctions taking place between June 4th and June 7th. We have gone through the auction catalog and selected half a dozen of the rarest and most exciting lots to […] 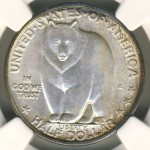 Virtually anyone who ever visited the San Francisco Bay Area will either have traveled on or seen the Bay Bridge, connecting San Francisco with Oakland. Bigger, longer and older than it’s more famous orange-red brother the Golden Gate Bridge (which was completed in 1937, a year after the Bay Bridge) the bridge is vital in […] 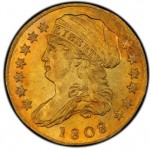 On May 19, 2015 Stack’s-Bowers in conjunction with Sotheby’s sold the first installment of the Pogue Collection of early American coinage. Touted as the collection of the century by many, the first auction was held in New York City, and included early Half Dimes, Dimes, Quarters, Half Dollars and Quarter Eagles. We previously previewed the […] 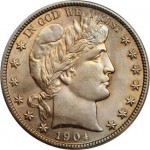 The Barber Half Dollar series was introduced the same year as the dime and quarter with the same basic design, replacing the long-lived Liberty seated design in 1892. Of the three series with this design the half dollar is generally considered to be the most “doable” in all grades, with only a few dates which […] 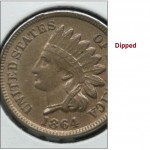 Many hobbyists, especially those starting out, cannot detect the 12 most common problems found on eBay, Proxibid or other online portals. With more coin sales happening now online, often with unreliable sellers who may or may not have any numismatic expertise, it is increasingly essential to identify problems before bidding and determine whether you can […]