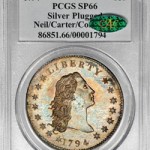 On January 24th Stack’s Bowers offered the PCGS SP66 1794 Flowing Hair Dollar in their auction of the Cardinal collection. This coin has been prominently featured in the numismatic community for decades, tracing its pedigree back to the famed Virgil Brand Collection from the late 19th century and owned by some of the most prominent […] 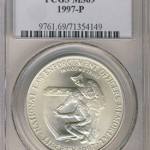 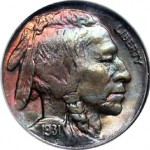 The Buffalo Nickel is one of the most popular 20th century coin series to collect, both by novice as well as more experienced collectors. Introduced in 1913 and struck until 1938, it is a coin that fills many American childhood memories. It was used at a time when a nickel still bought something, and together […] 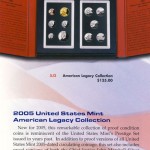 In 2005, the United States Mint revived the concept of offering a specially packaged numismatic product which combined the coins from the annual proof set with one or more of the year’s commemoratives. The previous offering had been referred to as the Prestige Proof Set and had been issued from 1983 to 1997. The new […] 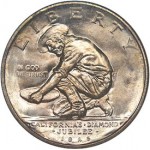 One of the most popular classic commemoratives is the second one commemorating California or an event in California (the first one was the Panama-Pacific Exposition commemoratives issued in 1915 for the exposition held in San Francisco). The focus of this article is the 1925 California Diamond Jubilee Half Dollar, struck to commemorate the 75th anniversary […] 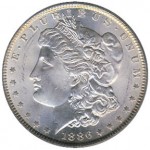 Together with small cents, Morgan Dollars are perhaps one of the most popular types of U.S. coins to collect. Many Americans have seen or own one of these heavy pieces of silver, and they continue to bring back memories of the old days when they were available at the banks at face value. Even if […] 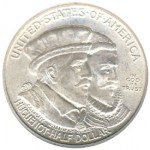 The next coin in the early commemorative series is one of the more historically odd. Struck in 1924, the Huguenot-Walloon Tercentenary Half Dollar commemorates the 300th year anniversary of the settlement of New Netherland by Walloons, French and Belgian Huguenots. While the 1624 settlement was important as it was the first Dutch attempt at colonization […] 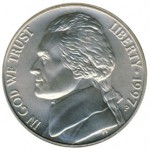 The United States Mint released two Jefferson Nickels with a “matte finish” as part of special commemorative coin sets issued in 1994 and 1997. These two matte finish or matte proof Jefferson Nickels represent intriguing low mintage keys for modern collectors. The first coin was issued within the Thomas Jefferson Coinage and Currency Set, which […] 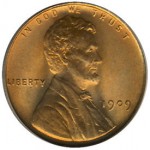 Collecting US coins can be a rewarding hobby. Learning about history through coinage is perhaps one of the most efficient ways for people of all ages to enjoy history while holding something tangible which actually might rise in value over time. Beginning collectors often try to collect a type set of United States coins, might […] 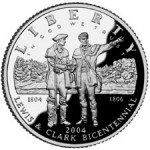 Back in 2004, the United States Mint offered two special products containing the Lewis and Clark Bicentennial Silver Dollar. The first was a coinage and currency set, which achieved a sell out of the entire limited production of 50,000 sets within one week. The second was a coin and pouch set, offered later in the […]