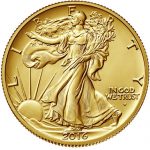 The Mint has posted schedule updates for the remaining catalog items for 2016. Also added were images of the Walking Liberty Half Dollar 2016 Centennial gold coin (shown above), along with its the official mintage limit of 70,000 and household order limit of 3. Pricing for the 99.99% fine gold coin has not been posted, but will be […] 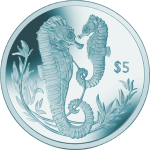 The Treasury of the British Virgin Islands have issued (28th October) a new coin that has been struck in titanium and tinted with a turquoise color, along with companion pieces in cupro-nickel and silver. The design features one of the world’s most curious but graceful underwater creatures, the seahorse. Their scientific name is Hippocampus, after […] 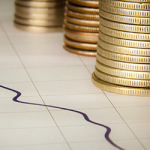 Suggesting how the U.S. Mint can improve its operations and programs has emerged over the years as perhaps the most frequent topic of discussion among both numismatic commentators and collectors. Everyone has an opinion on how to make the Mint better—on how to make it more responsive to collectors’ interests; on how to make it […]

On October 24, the Mint of Finland launched the latest coin in their current collector coin series focusing on the past presidents of the Finnish state. The series celebrates Finland’s centennial anniversary of independence next year. The latest coin in the series highlights the Republic’s fourth president, Kyösti Kallio (1873–1940), who served as president from […] 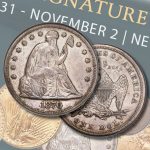 From October 31 through November 2, Heritage Auctions will hold a Signature Auction of U.S. coinage at the Waldorf Astoria in New York City. In this preview article we’ll take a look at some of the highlights of the sale. All lots discussed in this article, as well as all lots from the entire auction, […] 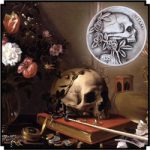 “…I know what hunts you.” With Halloween closing in, Coin Update editor Diana Plattner has had entirely too much fun assembling a Pinterest collection of ghoulish hobo nickels. The hobo-nickel genre has fascinated Diana for years, since she first joined Whitman Publishing as an editor in 2005. The Pinterest board was almost forgotten in the […]

The following press release was shared by the United States Mint. On Wednesday, November 9, 2016, representatives from the U.S. Mint and Lions Clubs International will participate in a ceremonial strike of the 2017 Lions Clubs Proof silver dollar, held at the Philadelphia Mint. To commemorate the organization’s centennial in 2017, Congress has directed the Mint […] 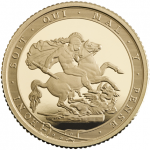 Yesterday (26th October) the Royal Mint unveiled their bicentenary anniversary design for the iconic gold Sovereign. The Sovereign’s full story is more than 500 years old. This worldwide favorite was first issued in 1489 during the reign of King Henry VII and was struck until 1604, when it was discontinued during the reign of James I. It […] 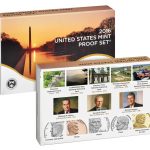 As of the week ending October 23, U.S. Mint Proof Sets are in the number-one spot on the Mint’s sales report. Sales have slowed for the sets for the first time in five weeks; last week’s figure was 15,007, while this week’s is 13,438. Second and third from the top are the 2016 Silver Proof […]

The Royal Mint has officially launched their first-ever Christmas-themed coin, just in time for the holiday gift-giving season. The new coin fits into their range of high-value coins sold at their face value (in the case of this new coin, £20-for-£20). It is minted in a simple, Brilliant Uncirculated quality and presented in a specially designed […]