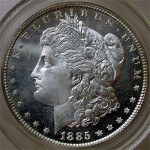 Do you know your Cameos from Mirrors? Cameos have to do with proofs, and Mirrors with mint state. Cameos are an especially important condition with Franklin Half Dollars, and mirrors with Morgan dollars. So let’s use those denominations as examples and acquaint ourselves with how the top grading companies distinguish their various designations–Cameo Proof, Deep/Ultra […] 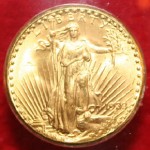 Within the splendor that is the Goldsmith’s Hall, among the priceless paintings and abundant city-of-London history, the display of the legendary 1933 Saint Gaudens Double Eagle gold coin made a bit of history itself today. On loan by special permission from the Smithsonian Institution and in conjunction with the Samler Huset Group, sponsors of the […] 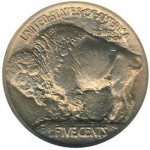 The Buffalo Nickel has captivated the imagination of the American public for almost a century. Its design, with a Native American on the obverse and a “Buffalo” on the reverse, seems to echo the spirit of the American West. The designer, James Earle Fraser, managed to create a design which perhaps did not represent American […] 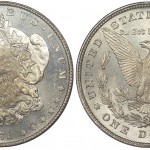 Many auctioneers and some dealers do not recognize obvious varieties of Morgan dollars, even though these coins command a premium–meaning you can cherrypick them and build a nifty collection at discount prices. We’re not talking about the gazillion VAM varieties. (“VAM” is an acronym for the authors of The Comprehensive Catalogue and Encyclopedia of U.S. […] 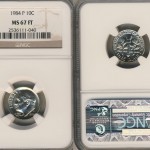 Sometimes we purchase or receive back from grading companies holdered coins without our fully understanding the attribution on the label, as happened to me three years ago when I received an MS67 “FT” designation from NGC on a 1946-S Roosevelt dime. Because I subscribe to Coin World, I keep an inventory of my holdings on […] 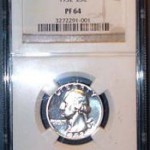 For short while, I refused to send any of my coins to Numismatic Guaranty Corporation because I disliked certain aspects of its service, which I have forgiven over time, as it truly is either the best or second-best third-party grader in the business, with many preferring Professional Coin Grading Service. Both have more positives than […]