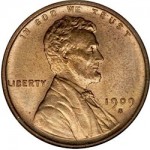 We are continuing our series on affordable options for classic issues with one of the most popular coin series in America. The Lincoln Wheat cent series was first struck in 1909, and continued to be struck until 1958. A complete set is an attainable goal for many collectors, but can be daunting, as 144 different […] 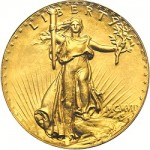 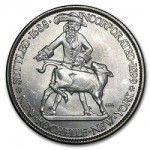 The 1938-dated New Rochelle Commemorative half dollar was the final commemorative issued in the 1930s. Struck to commemorate the 250th anniversary of the founding of the city of New Rochelle, New York, the issue was authorized by the Act of May 5, 1936. The act stipulated that the coins must be dated 1938, the year of […] 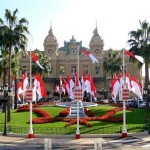 Monaco’s premier numismatic show, the Grand Bourse Numismatique, had an exceptional turn-out with noticeable increases in both dealers participating and collectors and investors passing through the doors. Sponsored by the Numismatic Association of Monaco and organized by Editions Gadoury Monte Carlo, the 23rd year of this circuit show proved a great success. Held at the […] 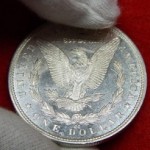 Above is a tantalizing coin, the scarce 1892-CC Morgan dollar–not gem, as the flip states–but not bad, either, perhaps a choice or low mint state coin, worth upwards of $1200 retail. But I’m uncertain that I will bid on this lot. There is a tiny flaw. Can you see it? It looks like a pin […] Coin collecting has been called the hobby of kings, and it can certainly be very expensive. Not every coin collector is a king or millionaire, however, and still the hobby remains a rewarding pursuit. This article is the first in a new series meant for collectors who might not have a large budget, but would […] 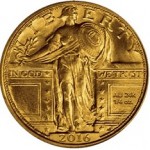 The U.S. Mint confirmed in a press release yesterday that it will go ahead with plans to reissue gold versions of three classic 1916 coins a century after their original debut. The 1916 dime, quarter, and half dollar — originally 90% silver and bearing designs known as “Winged Liberty,” “Standing Liberty,” and “Walking Liberty,” respectively […] 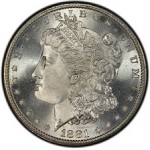 I was talking with Dwight Manley, a highly accomplished professional numismatist and businessman, who years ago, at the age of 14, was one of my students at the “All About Coins” class in Colorado Springs. The occasion was the Summer Seminar held by the American Numismatic Association, and about 20 people had signed up for […] 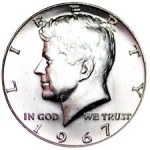 It was around 1982 or 1983 that my career in cameos began. I had been a full-time coin dealer since early 1981, having started out as a wholesaler selling prooflike Morgan dollars. I originally became interested in prooflike Morgans around 1979, when I walked into a coin shop in La Jolla, California, and saw a […] 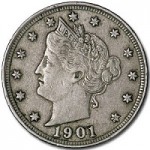 When dies for any coin are designed, every effort is taken not to have deep parts of the die(s), which create the high portions on a finished coin, directly opposite each other. A classic example of this design flaw is the 1921 Peace silver dollar. Struck in high relief, the central portion of both the […]