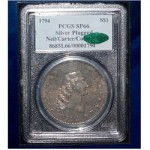 A 1794 United States Flowing Hair silver dollar that realized an astonishing 10 million dollars at auction in 2013 finally made its way to an awaiting public and media in London. The exceptional coin had been on a whirlwind tour of eight European cities that began on February 9 and concluded in London after visiting Prague, […] 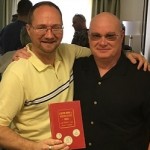 I got hooked on coin collecting when I was about seven years old. My older brother Mike—who had started his service in the U.S. Marines when I was starting kindergarten—showed me a 1937 Buffalo nickel from his collection, and we looked it up together in a copy of the Red Book. That old nickel was […] 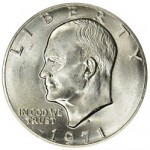 The following Q&A is excerpted from Clifford Mishler’s Coins: Questions & Answers, 5th edition: Q:  I often hear people refer to the Eisenhower dollar as a silver dollar, but am wondering if that is correct terminology, as any circulated examples of this coin that I have encountered appear to be made of a similar metallic […] 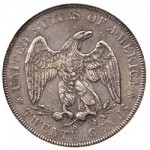 The following Q&A is excerpted from Clifford Mishler’s Coins: Questions & Answers, 5th edition: Q:  What is the history surrounding the short life of the twenty-cent piece? A:  The why of the twenty-cent piece has long and often been debated. It was envisioned on the one hand as a means of preventing short-changing that resulted from […] 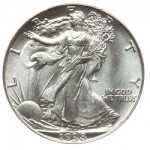 Recently we have taken a look at American coin types that provide opportunities for collectors to purchase interesting coins for less than $100; this article continues the series with the Walking Liberty half dollar. Designed by Adolph Weinman, these silver half dollars were struck from 1916 to 1945 and are considered to be one of […] 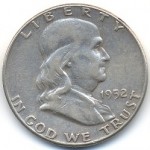 The following Q&A is excerpted from Clifford Mishler’s Coins: Questions & Answers, 5th edition: Q: Can you tell me why the very small eagle is incorporated in the reverse design of the Franklin half-dollar? It looks like an afterthought. A: It was an afterthought, one that was required to make the coin legal. Chief Mint […] 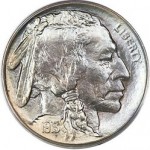 We are continuing our series on affordable classic coins with one of the most popular series in America. The Buffalo nickel was struck from 1913 to 1938 and is considered an iconic series of American coinage. Many people will have seen one or more of this coin, often dateless (the date will wear off first), […] 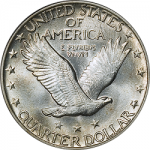 The following Q&A is excerpted from Clifford Mishler’s Coins: Questions & Answers, 5th edition: Q: I have a 1917 quarter that does not have any stars below the eagle, and all of the other Liberty Standing quarters in my collection have three stars below the eagle. Is this a pattern coin? A: No, more than […] 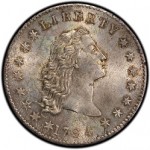 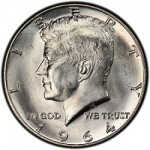 For collectors, the Kennedy half dollar is one of the most popular modern U.S. coins, despite the fact that it hasn’t been minted for regular circulation in more than 10 years. The Philadelphia and Denver mints still produce the coins, but they’re available to the public only through direct purchase from the U.S. Mint (in […]