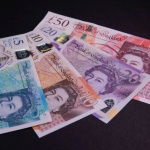 New and surprising information about Bank of England polymer notes has surfaced in which their lifespan has been put into question. The Bank of England has reported that nearly 50 million polymer £5 and £10 notes have had to be replaced since they were launched due to wear and tear. New figures offered by the […] 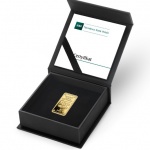 The National Bank of Poland has released (18th December) new gold collector coins which highlight the National Bank’s repatriation of their pre-war gold reserves back onto Polish soil. Stored in the vaults of the Bank of England since the end of the Second World War, the government of the day feared soldiers of the invading […]

The Bank of Scotland has unveiled (7th November) the modified design which will be included on their latest £20 banknote. In keeping with the specifications of circulation banknotes, which are taken from Bank of England banknotes, the new £20 banknotes will be printed on polymer and will also be reduced in their dimensions. The back […]

The Bank of England today unveiled their next release in the current “G” series which will be the £20 denomination depicting the eminent 19th-century painter Joseph Mallord William Turner (1775-1851). The famed artist was born in Covent Garden, London, as the son of a barber and wig maker. He became renowned as one of the […] 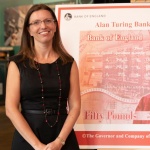 The planned issue of the Bank of England’s next generation £50 polymer banknote was announced by Governor Mark Carney during a special event which revealed that computer scientist Alan Turing would be the featured personality on the back. The process to unveil the design and personality to be featured on the UK’s next £50 banknote […] 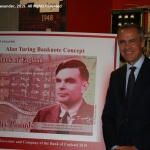 Yesterday, Bank of England Governor Mark Carney announced that pioneer computer scientist Alan Turing (1912–1954) will appear on the back side of the new £50 polymer note. Making the announcement at the Science and Industry Museum in Manchester, the governor also revealed the imagery depicting Alan Turing and his work that will be used for […]

Mark Carney, the governor of the Bank of England, announced (2nd November) that the chosen theme for the next generation £50 banknote will be in the field of science, opening the online nomination process to members of the public. Speaking at London’s Science Museum, Governor Carney launched the Bank of England’s website which will accept nominations […] 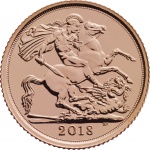 The Royal Mint have launched (13th December) their gold sovereign and half sovereign coins dated 2018 which are struck specially for the bullion market. The Bullion strike is an Uncirculated and detailed version of the classic sovereign coin and differs somewhat from the select Brilliant Uncirculated and Proof versions usually marketed as presentation pieces or […]

The Royal Mint has launched (4th December) one of the latest coins which is part of the ongoing and popular series entitled “The Queen’s Beasts.” This latest coin is one of ten heraldic Queen’s Beasts that can be seen cropping up through centuries of British Heraldry. Each beast has its own special story to tell […] 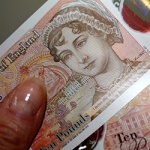 The Bank of England have officially released their latest £10 bank note with significant changes made from the previous (and current) bank note issued in 2000 with the image of Charles Darwin on the back. The new “G” series, which includes the latest £5 polymer bank note featuring the image of Sir Winston Churchill, is also […]