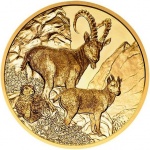 The Austrian Mint has launched (12th September) their latest gold coin which highlights some of the European continent’s more interesting and diverse wildlife and habitats. The series was initiated in 2013 and is entitled “Wildlife in Our Sights.” It features the animals who dwell in forests and make delicate, but robust, habitats their own special […] 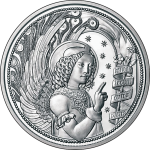 The Mint of Austria have unveiled their second coin in the Guardian Angels or Heavenly Messenger series, which highlights the divine beings who are worshiped by Christians, Jews, and Muslims alike. These benevolent, but invisible, spirits have also been widely depicted throughout art history. The second coin in this inspiring series is dedicated to the archangel Gabriel—a deity full […] 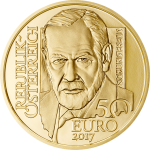 The Mint of Austria have issued (3rd May) a new gold coin that remembers one of the more significant pioneers in the profession of psychology and also launches the first of a three-coin series. Celebrating the pioneering schools of psychotherapy—the scientific discipline established in the Austrian capital in the 20th century—the enlightening three-coin series, Vienna Schools […] 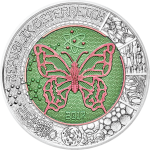 On June 7, 2017, the Austrian Mint will release “Mikrokosmos” (Microcosm), the newest in its extremely popular Silver Niobium series. Inaugurated in 2003, the bimetallic €25 coins have consistently sold out at the mint, and all—especially the first few issues—have gained value on the secondary market. Each year’s issue is composed of a disc of niobium […]

The Mint of Austria have issued a new coin that marks the 300th anniversary of the birth of the Habsburg Empire’s only female ruler, Empress Maria Theresa (1717–1780), who became empress on the death of her father, Emperor Charles VI (1685–1740), Archduke of Austria and Holy Roman Emperor. The remarkable story of the empress began […]

The Austrian Mint have issued (22nd February) a new coin that inaugurates a four-coin series dedicated to “Heavenly Messengers.” Through the ages, believers have looked to angels for protection; the divine beings are worshiped by Christians, Jews, and Muslims alike. These benevolent but invisible spirits have been widely depicted throughout art history, and one of the more famous […]

The Mint of Austria have made available (22nd February) the latest coin in their series of base-metal strikes that highlights some of man’s most familiar animals, either by reputation or by interaction between themselves and humans. The first coin in the “Colourful Creatures” series depicted the “fledermaus” (or bat; these coins are sold out but […]

Today (November 10) the Bank of Latvia issued a new gold coin associated with the Baltic republic’s centenary of independence, which was declared on November 18, 1918, and officially recognized on January 26, 1921. This first coin launches an interesting and unique series that will highlight some of the country’s ancient and medieval history through […]

On September 13, the Mint of Austria announced a new series of coins that will feature not only a new denomination but some of the most beloved, admired, and—in some cases—feared animals known to many of us either through interaction or by reputation. The new series, “Colorful Creatures,” will highlight a variety of both nocturnal […] 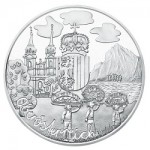 The Mint of Austria has unveiled (19th May) the final design in its innovative series entitled “Austria by its Children,” which consists of ten coins featuring Austrian provinces designed by some of the country’s nine- and ten-year-olds. The last coin focuses on the province of Upper Austria, or Oberösterreich in German. It is located in […]