The following Q&A is excerpted from Clifford Mishler’s Coins: Questions & Answers: Q: As the American colonies were once British possessions, why did we not adopt the sterling currency system, as did most other countries that subsequently emerged from British domination? A: The reason was not, as some have suggested, to disassociate the United States from […] 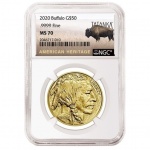 Special NGC programs, like PreScreen and bulk submission rates and labels, are available to Elite members. The NGC Collectors Society offers several membership levels to meet the needs of all collectors. For the most exclusive rewards, choose or upgrade to an Elite membership. One of the most exciting benefits is access to NGC’s industry-leading PreScreen […]

The Treasury of South Georgia and South Sandwich Islands have released new gold Proof coins which include a motif that will be seen on colour-produced 50-pence coins released later this year as part of a four-coin series featuring one of the region’s most well-known wildlife species: The penguin. Named after an unusual hairstyle prevalent in […] 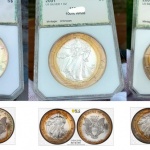 I have been collecting PCGS Silver Eagles for more than six years, marveling at their toning. You can see my PCGS Showcase set by clicking here. These are fabulous coins, often more beautiful than any other kind of toning; the numismatic term, “monster,” applies to these. They come in pastel colors as well as ribbed […] 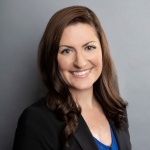 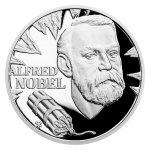 The government and treasury of the island state of Niue have released the third coin in their ongoing collector series entitled “Geniuses of the 19th Century.” Many historians focusing on events of the 19th century agree this century was a time of brilliant and eccentric inventors. Countries in the Americas, notably the United States, and […] 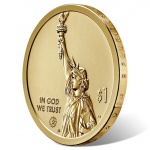 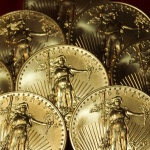 (Temecula, California) July 31, 2020 — Buyers of physical gold and silver during the 2020 “Gold Rush” should be wary of potential counterfeits in the marketplace, mistaking plated “gold coins” for bullion products, and avoid overpaying for any purchases, cautions the Accredited Precious Metals Dealers (APMD) division of the nonprofit Professional Numismatists Guild (PNG). “Adding […] 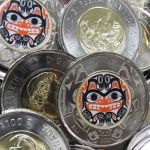 The Royal Canadian Mint has released new $2 commemorative coins in honour of the 100th anniversary of the birth of Haida artist Iljuwas, known as Bill Reid (1920-1998), who brought Haida art and culture to a global audience. He was a master goldsmith, carver and sculptor, writer, broadcaster, and a gifted mentor who championed Haida […] 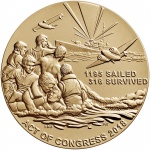 The following comes from an e-mail sent to the numismatic press Obverse — The design depicts the USS Indianapolis with her 10 battle stars. Interspersed among a border of rivets are the inscriptions USS INDIANAPOLIS CA-35, and her dates of service, 1932-1945. Designer:  Artistic Infusion Program Artist Matt Swaim. Sculpted by: Sculptor-Engraver Jay M. Kushwara. […]