In a June 25 article by the Federal Reserve Bank of Atlanta entitled “Down but Not Out,” Payments Risk Expert Claire Greene outlined the various factors that influence the increase in cashless transactions. While an estimated one-third of consumer transactions are completed via the use of cash, the remaining two-thirds of those transactions are largely determined by the preferences of the merchant. She uses snacks on an airplane as an example of a merchant-determined cashless transaction, since airplanes typically only accept cards as a form of payment. Greene also notes that an increasing number of merchants are opting out of cash as an acceptable form of payment, ranging from coffee shops to food trucks. Furthermore, these merchants increasingly prefer the use of a card for small transactions as well, having typically set certain card payment minimums in the past. 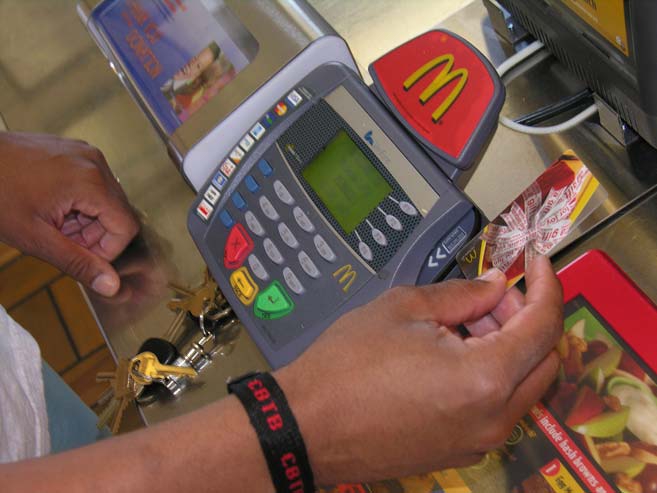 Data to support Greene’s conclusion comes from the results of the Federal Reserve Payments Study: 2017 Annual Supplement, which showed that the average non-prepaid debit card transaction decreased from $35 in 2012 to $32 in 2016. This drop can be explained partially by merchants’ increased acceptance of lower card payment minimums. Furthermore, the 2017 Survey of Consumer Payment Choice showed that consumers themselves rated credit and debit cards as the methods of payment most likely to be accepted by merchants, while cash came in third as most likely. The 2017 Annual Supplement suggested that another factor in the increase of non-cash payments is the growing prevalence of the Internet in making purchases. An increasing number of people are making their purchases online, where cash is simply not an option the majority of the time.


Despite the increasing usage of cards for payments, cash is still used for half of all fast food purchases and dominates the majority of convenience store purchases (2016 Diary of Consumer Payment Choice). Green additionally notes that cash “has had staying power over decades of technological innovation.” Furthermore, in an era of decreasing personal privacy, cash offers a rare solace from institutional surveillance in modern times. Greene’s overall opinion regarding the staying power of cash is that “it may be down, but it isn’t out.” To read Claire Greene’s full article, please visit the website of the Federal Reserve Bank of Atlanta.