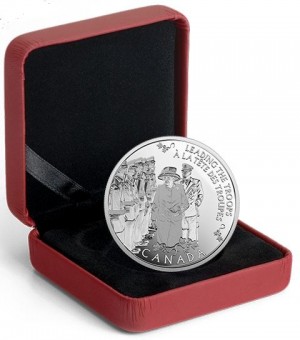 The Royal Canadian Mint has launched a new coin as part of a series organized by the Royal Mint, UK.

The new series celebrates the life of Queen Elizabeth II, who on the September 9 will achieve an extraordinary milestone in becoming the longest reigning English monarch. The Queen surpasses the previous record achieved by her great-great grandmother, Queen Victoria, who reigned a total of 63 years, 216 days; the record has stood for more than 114 years.

The new series is entitled “Today’s Monarch – Yesteryear’s Princess” and looks back at the times and events that shaped the life of Queen Elizabeth, who at nearly ninety years of age will have the distinction of being both oldest and longest-reigning British monarch. The Canadian coin—one of eleven in the series—highlights the part Princess Elizabeth played during the years of World War II, when she became the first female member of the royal family to serve actively in the armed forces by training as a driver and mechanic as part of the Women’s Auxiliary Territorial Service. 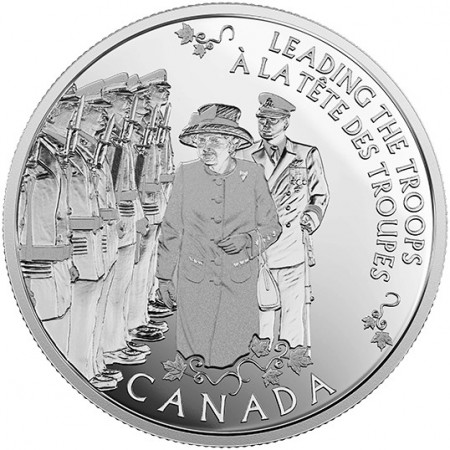 The Queen therefore has a unique perspective on the demands of such service, especially as her husband, the Duke of Edinburgh, was in the Royal Navy at the time of their wedding, and all of her sons and two of her grandsons served in the British Armed Forces at some time in their lives. Undoubtedly this family commitment to the armed forces has shaped her role as sovereign, making this aspect of her life an important element of her long reign. 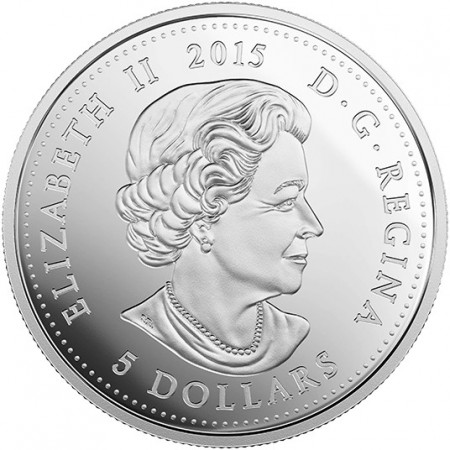 The coin, designed by Canadian artist Trevor Tennant, bears an image taken from an actual photograph in which Queen Elizabeth reviews the guard of honor aboard HMCS St. John’s during an international fleet review on June 29, 2010 in Halifax. The obverse features the effigy of Queen Elizabeth II by Susanna Blunt used on all Canadian circulation coins, as well as on many collector and commemorative pieces.