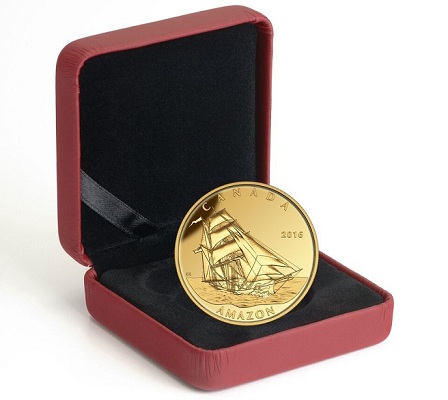 The Royal Canadian Mint has issued the latest gold coin in their fascinating “Tall Ships” series, which highlights some of North America’s most beautiful and captivating sailing vessels. This coin focuses on the Amazon, known for its striking appearance and for the mystery that surrounds the fate of her crew and passengers.

The Amazon was built in a shipyard on Spencer’s Island, Nova Scotia, and launched on May 18, 1861. The two-masted vessel was constructed using locally sourced timber and designed with a square-rigged foremast, utilizing a method of carvel planking where hull planks are fastened edge-to-edge rather than over-lapping. At the time of its launch, registration documents described the Amazon as “99.3 feet in length, 25.5 feet broad, with a depth of 11.7 feet, and of 198.42 gross tonnage.” The ship was commissioned and was owned by a local consortium of nine people, headed by Joshua Dewis, owner of the shipyard who built the amazon, as well as Robert McLellan, the ship’s first captain.

The maiden voyage of the Amazon was not without incident, perhaps foretelling the fate of the ship in later years. Just before the Amazon was to set sail for London with a cargo of Canadian timber loaded from Five Islands, Nova Scotia, its captain fell ill and returned to Spencer’s Island, where he tragically died days later. The Amazon’s new captain, John Nutting Parker, was appointed to resume the voyage.

Further misadventures occurred, including a collision with fishing equipment in the narrows off Eastport, Maine, and the sinking of a brig in the English Channel following a head-on collision. Despite the initial mishaps, the Amazon proved both successful and profitable for its owners, with few incidents occurring for the next six or so years, sailing to Europe and the West Indies until October of 1867.

During a storm at Cape Breton Island, Nova Scotia, the Amazon was driven ashore and was so badly damaged that her owners decided to abandon her as a wreck. The Amazon’s fate may have ended there had it not been for the rescue of the vessel by Alexander McBean of Glace Bay, Nova Scotia, who acquired her as a derelict ship.

McBean quickly sold the wreck to a local businessman, who in turn sold it to Richard W. Haines, an American mariner from New York. Richard Haines paid the princely sum of $1,750 for the wreck and began the task of re-fitting and restoring the ship, which amounted to an investment $8,825. As part of the restoration of the Amazon, Haines also named himself her captain; as part of the completion in December of 1868, he registered his new acquisition with the Collector of Customs in New York, changing its nationality and flag to an American vessel, with a new name, the Mary Celeste.

The updated ship was fraught with continuing incidents. In October of 1869, the Mary Celeste was seized by Haines’s creditors and sold off to a new consortium headed by James H. Winchester. The ship underwent another re-fitting four years after Winchester’s acquisition, which saw a considerable increase in its specifications to 103 feet, her breadth to 25.7 feet, and her depth to 16.2 feet. The work also increased the ship’s mass from 198.42 to 282.28 gross tonnage.

With the re-fit and expansion, Benjamin Spooner Briggs was named as its new captain in October of 1972. The ship was scheduled to set sail for Genoa, Italy, and Briggs had arranged for his wife and infant daughter to accompany him, while his school-aged son was left at home in the care of his grandmother. With his crew carefully chosen, the Mary Celeste set sail on November 5, 1872, with a cargo of denatured alcohol, used mostly as a solvent.

At the same time, another ship with Canadian registry, the Dei Gratia, was waiting to set sail from Hoboken, New Jersey. It is thought that the captains of both ships may have known each other even if casually. With its cargo of petroleum boarded and bound for Genoa, the Dei Gratia set sail eight days after the Mary Celeste with a similar route to be followed.

The fate of those who sailed on the Mary Celeste is one that would be pondered for the next century. On December 5, 1872, the Mary Celeste was spotted by the crew of the Dei Gratia between the Azores Islands and the coast of Portugal in what was described as a state of distress. The crew came closer to the Mary Celeste and eventually boarded her only to find no sign of life, nor signs of struggle. With the ship looking as though it had been abandoned, the captain of the Dei Gratia divided his crew of eight between the two ships and brought it in to the port of Gibraltar on December 12, 1872. 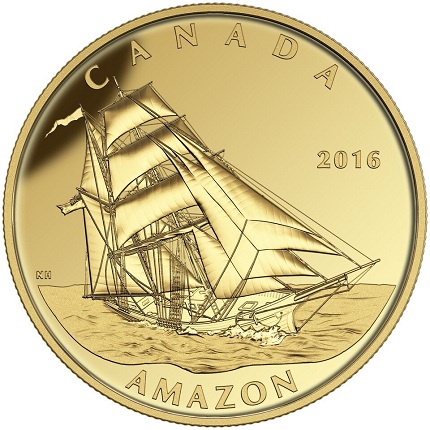 An inquest and hearing in Gibraltar deduced that the captain and his family may have fallen victim to the crew, who it was theorized had gotten hold of the alcohol and murdered the Briggs family in a drunken frenzy. This theory was not proven and, by January 1873, the Mary Celeste and her cargo had been released to continue its voyage to Genoa.

Although the evidence in Gibraltar failed to support theories of murder and conspiracy, the suspicion of foul play lingered. The possibility of insurance fraud on the part of Winchester was briefly raised on the grounds of newspaper reports that the Mary Celeste had been heavily over-insured. Winchester was able to refute these allegations stating that no inquiry was ever instituted by the insurance companies that had issued the policies.

Fifty-nine years later, in a 1931 an article in the Quarterly Review, it was suggested that Morehouse could have lain in wait for the Mary Celeste, luring Briggs and his crew aboard the Dei Gratia and killing them there. Morehouse had spoken of expecting a reward for the salvage of a derelict ship when he brought it into Gibraltar and was described as being very disappointed that he was only awarded only the sum of £1,700, about one-fifth of the total value of the ship and cargo.

At any rate, the mystery of the Mary Celeste remains unsolved to this day. Explanations put forward range from the natural phenomenon of a water spout to the suspicion of foul play and everything in between. Better known is the final fate of the Mary Celeste herself, who fell victim to the stories generated by the Gibraltar hearings. With newspapers writing of bloodshed and murder, she became her an unpopular ship thought to carry bad luck. By the time she had reached the port of New York from Genoa in September of 1873, her career as a seaworthy ship had all but come to an unceremonious end.

The Mary Celeste was described by contemporary commentators as “rotting on wharves where nobody wanted her,” and in February 1874 the owners of the Mary Celeste sold the ship at a considerable loss to a partnership of New York businessmen who had plans to sail her to the Caribbean and as far afield as the Indian Ocean. Further financial losses were recorded, however, and the belief that the Mary Celeste was perhaps cursed was raised once again when it emerged in 1879 that the ship’s third captain, Edgar Tuthill, had died while the ship was moored in the Port of St. Helena. By 1885, the Mary Celeste had fallen to a disreputable captain by the name of Gilman C. Parker.

On the 3rd of January, it was alleged that the ship had been deliberately run aground on a coral reef as it approached the Haitian island of Gonâve and the mainland, though the reef had been well-charted. When Parker ran the ship on to this reef, it ripped out her bottom, wrecking her beyond repair. The motive was later found to be insurance fraud, as the cargo had been insured for $30,000 and was later found to contain cargo worth no more than $500.

The story of the Mary Celeste continues to generate speculation as to the true story of the fate of the Briggs family and the crew. Today, a monument in Spencer Island, Nova Scotia, remembers the lost crew as well as those who constructed her all those many years ago.

The new gold coin is designed by Canadian artist Neil Hamelin and features a starboard view of the Nova Scotia-built brigantine originally known as the Amazon. The 184-ton vessel is heeled over as the wind fills her canvas sails and drives her forward through the choppy waters of the Atlantic. Beautifully intricate engraving recreates the ship in extraordinary detail, from the rigging of her headsails to the wooden planks of her hull. A pennant bearing the ship’s name flies atop the mainmast, while the British ensign flown from the gaff is depicted flapping in the wind. 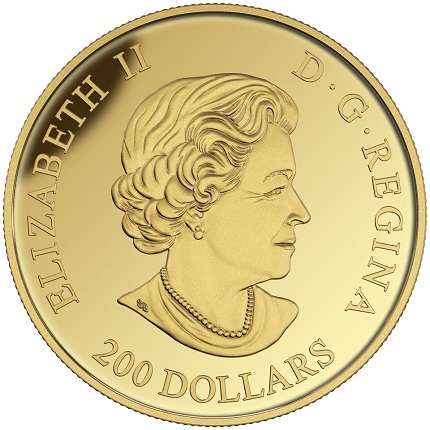 The obverse features the effigy of Her Majesty Queen Elizabeth II by Susanna Blunt, which has been used on all Canadian circulation coins and most commemorative issues since 2003.

The coin is encapsulated and presented in a Royal Canadian Mint-branded maroon clam-shell style box with protective cover box. Available in Canada and the US only, the coin is also available at selected RCM retail shops. For more information on this and other coins offered by the Royal Canadian Mint, please visit their Web site.