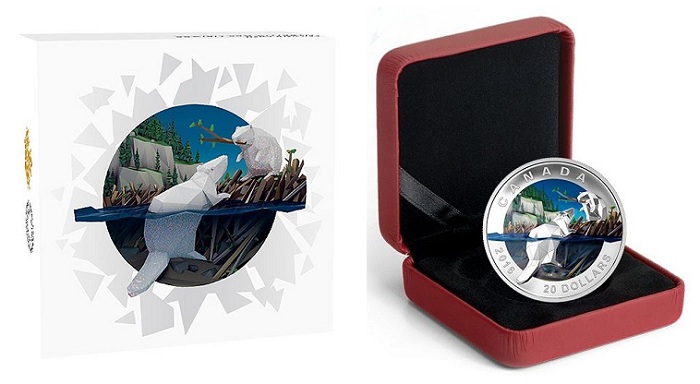 The Royal Canadian Mint has launched the fourth coin in its “Geometry in Art” series, which takes a contemporary approach to the depiction of traditional themes. Designs in this series have attracted attention for using a “low poly art” visual technique to highlight the familiar and indigenous wildlife of Canada.

The latest coin focuses on one of the country’s more beloved animals, the Beaver. Already depicted on circulation Canadian coinage since 1937, the beaver has become synonymous with being busy and productive. The animal’s famous dams function as living spaces along lakes and rivers, and are constructed of leaves, twigs, and branches. 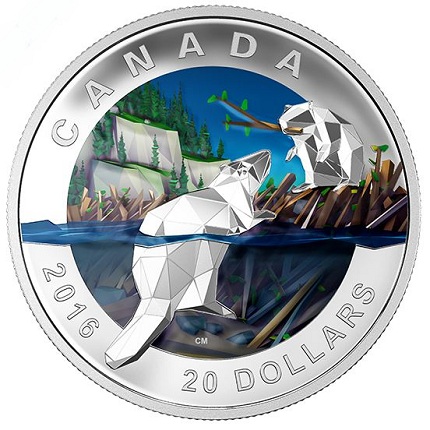 The reverse side of the coin is designed by Canadian artist Calder Moore and features a stylized portrait of two beavers presented in a low “poly art” style. Innovative technology complements advanced finishing techniques to allow each polygon to appear distinct from the others throughout the design.

The geometric lines and sharp corners recreate the branches used by the beavers as building material for their dam. The half-submerged perspective allows an underwater glimpse of the dam rising up from the mud at the bottom of the pond, while the blue sky above adds vibrancy to the green conifers along the rocky cliffs in the background. 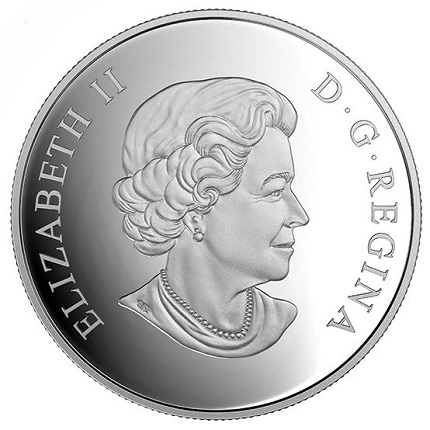 The obverse side includes an effigy of HM Queen Elizabeth II designed by Susanna Blunt; it has been used on all Canadian circulation coins and many commemorative issues since 2003.

The earlier coins issued in this series have featured the polar bear, the caribou, and the loon; a final coin depicting the maple leaf, the national symbol of Canada, is expected later this year. A special presentation case is also available to house all five coins in the series.

For more information on this and other coins on offer by the Royal Canadian Mint, please visit their Web site. Dispatch of this coin is limited to Canadian and American addresses only, but also available at RCM retail shops in Ottawa, Vancouver, and Winnipeg.