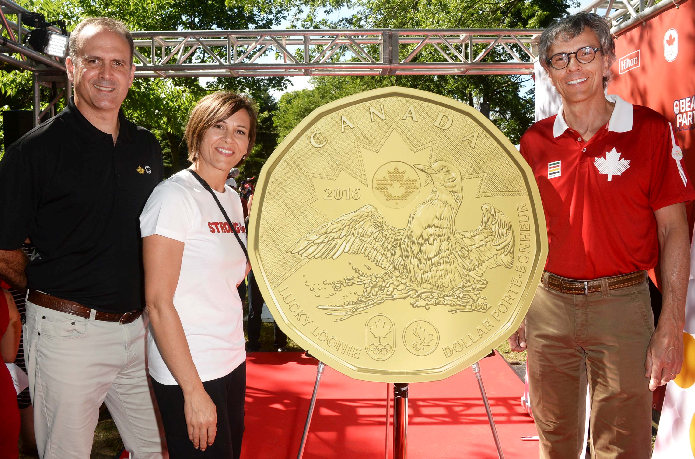 The Royal Canadian Mint is paying tribute to all Canadian Olympic and Paralympic athletes competing in this year’s Rio Summer Games by launching the 2016 “Lucky Loonie,” a commemorative circulation coin available from July 1, also known as Canada Day. The coin was part of the celebration program at the Canadian Olympic Beach Party held at Toronto’s Woodbine Beach in honor of Team Canada. The Rio 2016 Olympic and Paralympic Games will mark another chapter in Canada’s rich sporting history. 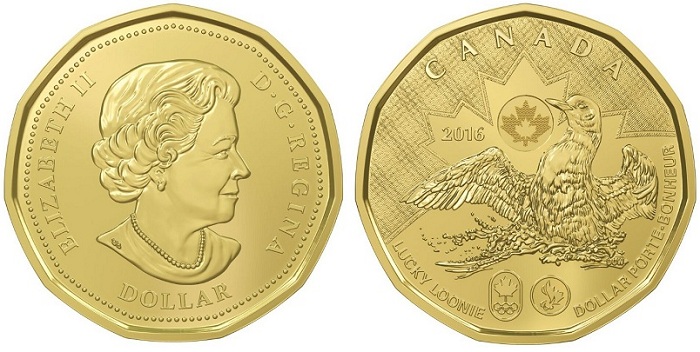 The growing tradition of the “Lucky Loonie” is how Canadians show support for the athletes scheduled to compete this year in Rio de Janeiro, Brazil, site of the XXXI Olympiad games. In what is now a legendary tale, a “Loonie” or one dollar coin, was buried at center ice prior to the 2002 Olympic Winter Games in Salt Lake City to bring good luck to Canada’s gold medal-winning men’s and women’s ice hockey teams. The Mint has since produced a “Lucky Loonie” circulation coin for each Olympic Games since. Upon their arrival in Rio, each member of the Canadian team will receive a 2016 “Lucky Loonie.”

The reverse side of the circulation coin shows the image of a common loon on the water with outstretched wings. A stylized maple leaf is included in the background as a symbol of Canadian pride. This side of the coin was designed by Ontario artist Derek Wicks, and features the Canadian Olympic and Paralympic Team logos. The obverse of the coin includes Canada’s own effigy of HM Queen Elizabeth II, which has been used on all Canadian coins and many commemorative issues since 2003; it is the work of artist Susanna Blunt.

Five million 2016 Lucky Loonies have been produced and are entering into circulation as of July 1. Canadians can expect to find the coin in their change. 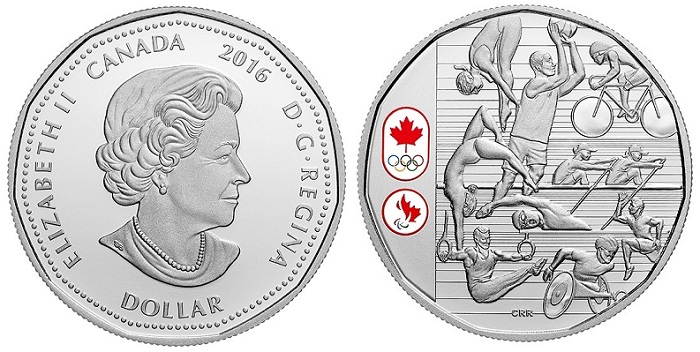 You can read more about the Loon dollar and its traditional connection to Canadian sports in James Haxby’s A Guide Book of Canadian Coins and Tokens.