The Royal Canadian Mint has reported that it has sold all 50,000 of its 2016 “Wild Canada” Silver Maple Leaf bullion coins featuring a “Grizzly” privy mark and a Reverse Proof finish. The Mint sells its bullion issues to a network of authorized buyers, who then make the coins available to the public.

A press release notes that the issue was the third of six planned “Wild Canada” privy-marked Silver Maple Leaf bullion releases. The next release will be dated 2017 and feature a Cougar mark, and is expected to launch in September of this year. It will also be given a mintage limit of 50,000 pieces. 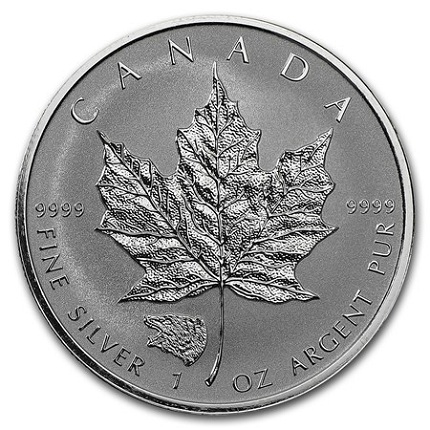 The coins are composed of an ounce of silver that is 99.99% pure. The reverse design features a large Maple Leaf at its center, with CANADA, 9999 FINE SILVER, 1 OZ, and 9999 ARGENT PUR (French for “Pure Silver”) inscribed along the rim. Its exclusive privy mark portrays a grizzly bear howling and is placed below the leaf on the left. 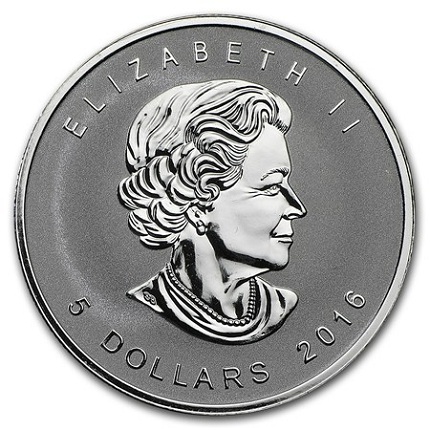 The obverse bears Susanna Blunt’s portrait of Queen Elizabeth II, with the inscriptions ELIZABETH II, the denomination of 5 DOLLARS, and 2016 included in the field. 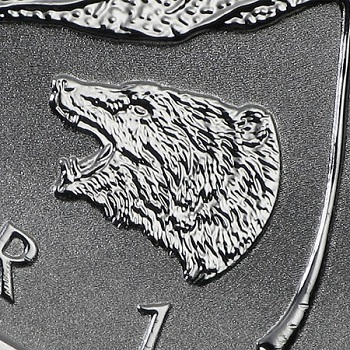 A close-up of the reverse’s privy mark is provided above. For more information on the Royal Canadian Mint’s bullion Program, please visit its Web site.  The 2016 Canada 1 oz Silver Maple Leaf Grizzly Privy Reverse Proof coin can be purchased from authorized distributors like APMEX. A short 2014 promotional video for Silver Maple Leaf coins can be viewed below: