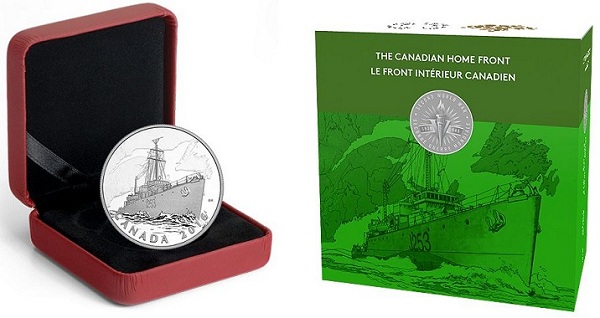 The Royal Canadian Mint has issued the last of four coins in its “Home Front” series, which features aspects of World War II’s impact on Canada. The new coin is titled “Patrol Against U-boats,” and celebrates the country’s defenses against German U-boat incursions into Canadian waters. The reverse design specifically references coastal defenses active during the Battle of the Gulf of St. Lawrence, which was actually a series of battles that took place between 1942 and 1944.

The Canadian Home Front: Patrol Against U-boats coin is composed of an ounce of 99.99% silver, with a Proof finish and a mintage limit of 7,500 pieces. It can be purchased for $89.95 CAD. 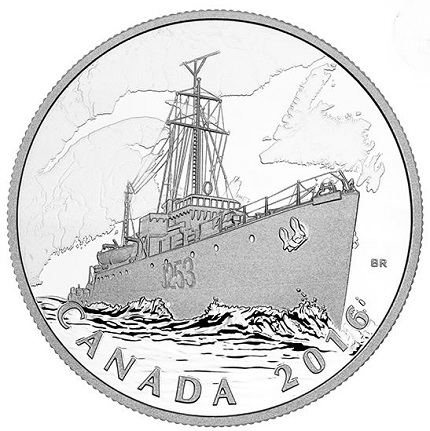 The reverse design was created by Bonnie Ross and features a rendering of the Bangor-class minesweeper HMCS Drummondville of the Royal Canadian Navy, according to the coin’s product page. Filling the field in the background is a map of the major waterways of Eastern Canada, where the battles occurred.  Inscribed along the bottom is CANADA 2016. 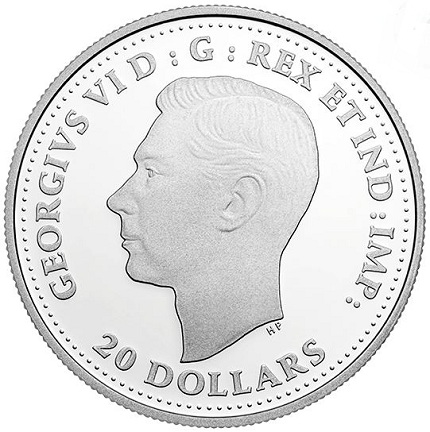 The obverse features an effigy of King George VI, who reigned during the Second World War. Inscribed along the rim is GEORGIVS VI D : G: REX ET IND : IMP, a Latin abbreviation for “By the grace of God King of the British, defender of the faith, emperor of the Indies.” The coin’s denomination of 20 DOLLARS is also included.

For more information on the 2016 Canadian Home Front: Patrol Against U-boats 1 oz. Fine Silver Coin, please visit the Web page of the Royal Canadian Mint. You can also view a short promotional video for the item below: