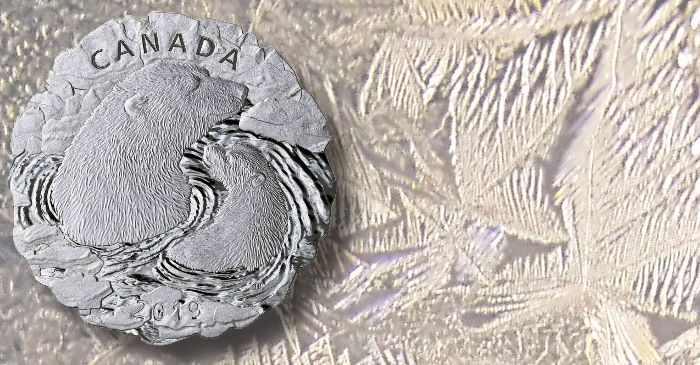 The Royal Canadian Mint has released new collector coins which are a first in terms of shape and highlight a species of wildlife prevalent in the northernmost borders of the country.

Loving and strong, dedicated and ferocious, the polar bear (Ursus maritimus) has long been the most enduring symbol of the Arctic wilderness, where the sea ice that divides water and air is the cornerstone of life in the region. While the Arctic Ocean has a chilly reputation, there’s a sense of warmth in this familial tableau. A newly applied engraved rim technology gives these new coins a uniquely “glacial” shape which results in an irregular edge that is emphasised during the striking process and replicates the jagged and uneven texture of ice and frost. These coins featuring the Canadian Arctic use innovative engineering design and virtual minting to shape the coin’s edge and surface in a way that perfectly complements the “glacial” theme.

The scene catches a mother polar bear and her cub as they surface in the cold water, their closeness and dependency on the cub with its mother are reflected in the way they are positioned. But beyond the finely detailed, endearing scene, the icy water itself is the scene-stealer. The engraved rim technology adds a sense of motion throughout the reverse and the obverse, where the ebb and flow of the waves push the ice fragments to the very edge in order to give the coin its uniquely “glacial” shape. The waves shown are engraved which add a sense of movement on both sides of the coin as if the surfaced bears and the effigy have set off the ebb and flow of the water. The texturally engraved ice fragments surround the bears on the reverse, but they also cleverly come together to form a frame on the obverse. 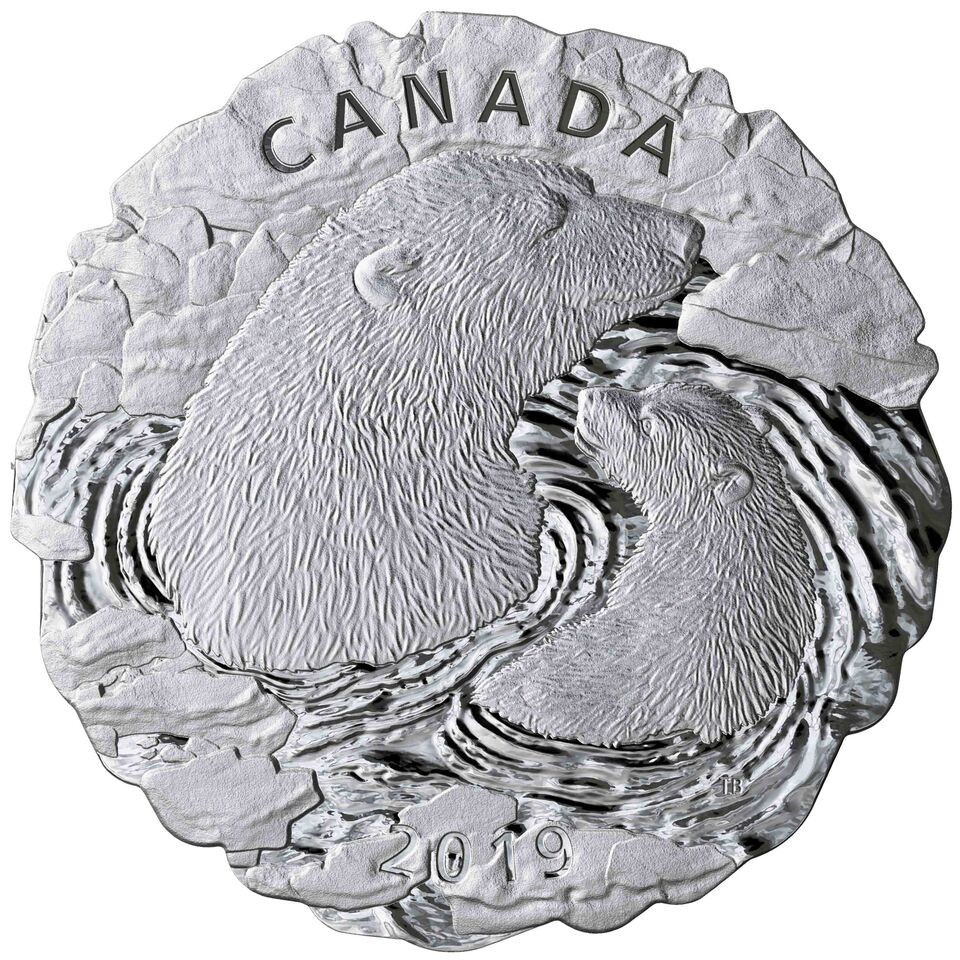 Designed by Tony Bianco, these 2019-dated coins minted from five ounces of pure silver travel to the true north for a glimpse of the polar bear (Ursus maritimus) at play. The engraved scene is a touching portrait of a mother and cub swimming in the cold waters of the Canadian Arctic, their closeness reflected in the way they are positioned as they emerge from the icy depths. Textural engraving adds a sense of movement across the surface of the water, where the ebb and flow generated by the swimmers’ movements pushes the floating ice right to the coin’s edge. The theme continues onto the fully engraved edge, which gives the coin its unique shape. 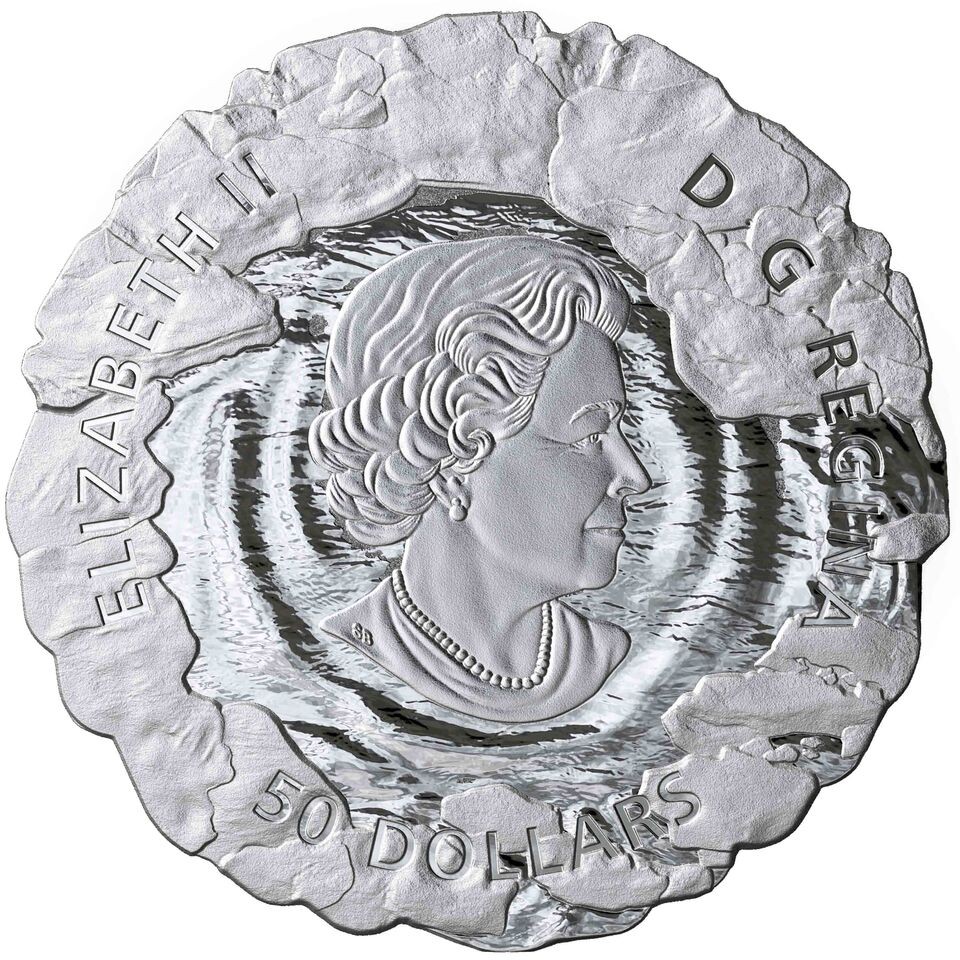 The similarly engraved obverse features wave-driven ice shapes that form a frame around the effigy of Her Majesty Queen Elizabeth II created by Susanna Blunt, which has been seen on Canadian coinage since 2003. 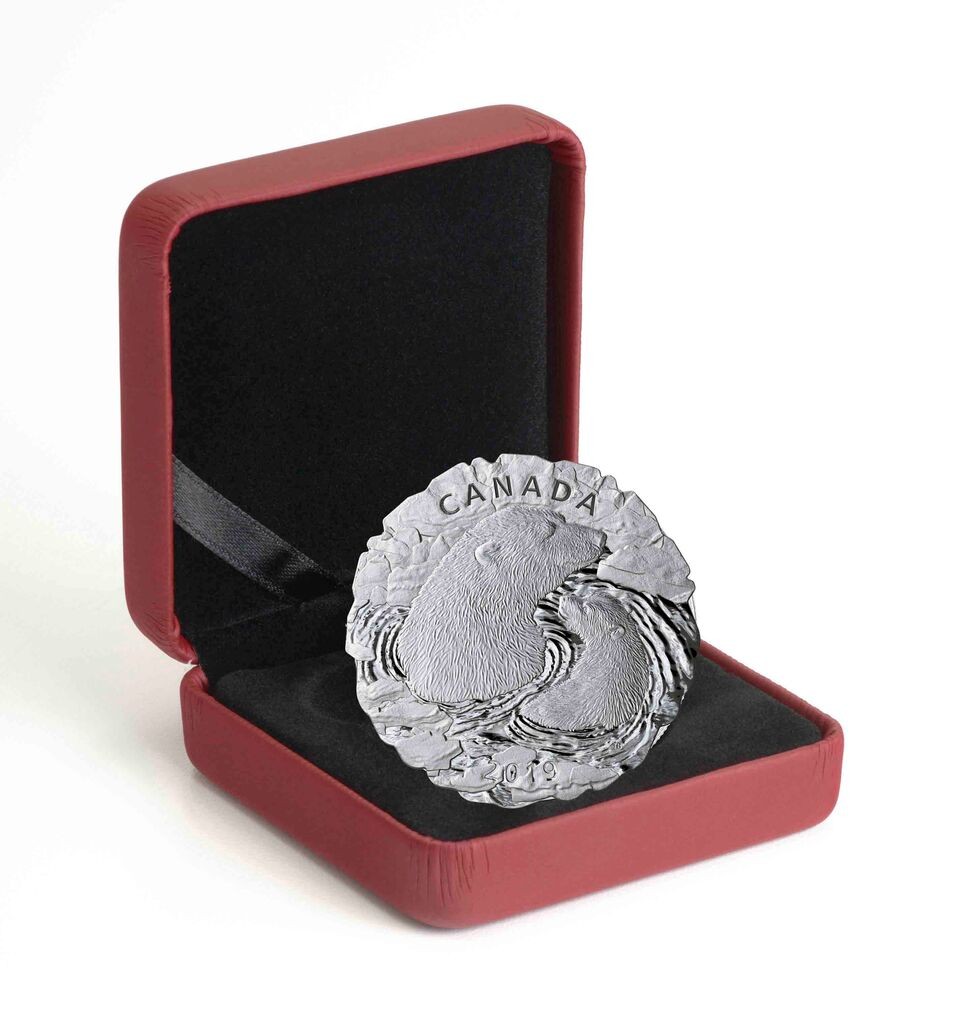 Each coin is specially encapsulated to accommodate its unusual shape and is presented in a custom Royal Canadian Mint-branded case, accompanied by a certificate of authenticity. For additional information about these coins and others available from the Royal Canadian Mint, please visit their website.