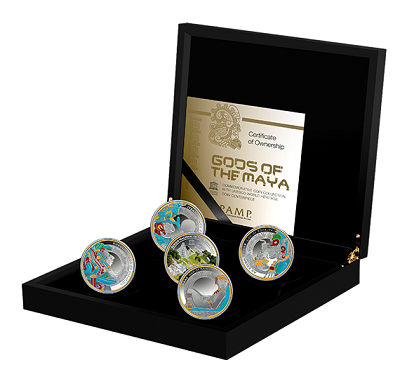 The Royal Canadian Mint has shared information on a 5-coin set of silver coins titled “Mythologies of the World: Gods of Maya,” which costs $374.96 CAD and is available by subscription in the US and Canada. Four of the coins are legal tender in Niue, while the fifth piece, which has a unique obverse, is legal tender in Guatemala. The set has been issued by Produits Artistiques Metaux Precieux (PAMP) as part of its larger Mythologies of the World series. Only 2,000 of these sets will be sold.

These Mayan gods were prominent among the diverse deities worshiped in the city-states of Mesoamerica, according to the Mint’s product page for the set. The reverse designs make use of an interplay between high and low relief, utilizing frosted and polished finishes. The color has been applied using a “Virtual Enamel” technique that the Mint describes as a “new coloring process nearly identical to the finest enamel work.” 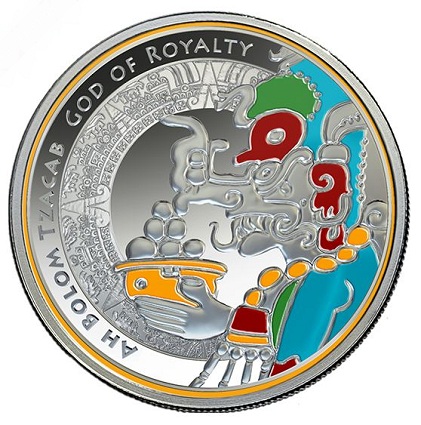 The four Niue coins weigh 25 grams, measure 38.61 in diameter, and are composed of silver that is 99.9% pure. The reverse design above features a depiction of Ah Bolom Tzacab, god of royalty and lineage. 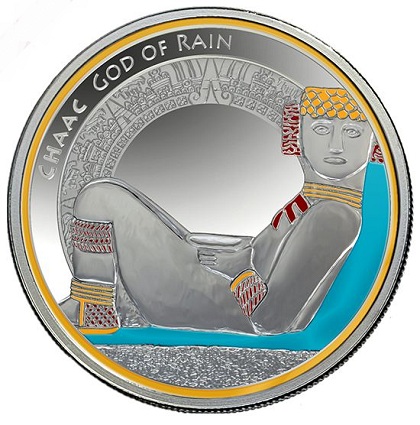 The next design bears an image of Chaac, god of rain. 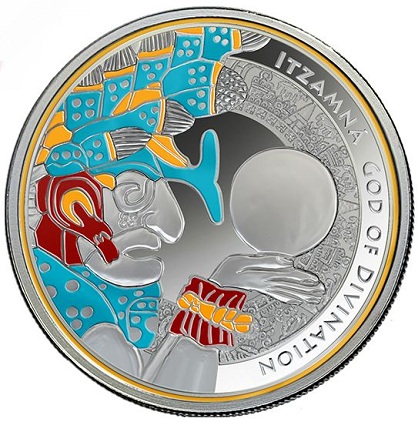 The design above includes a rendering of Itzamná, god of divination and writing. 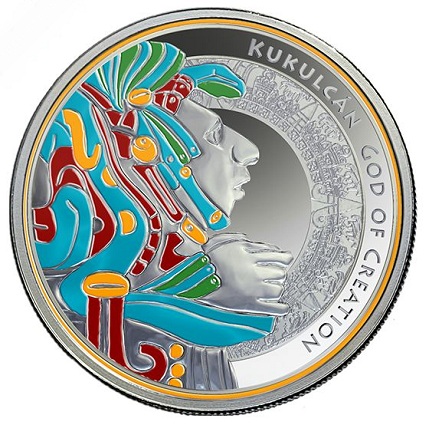 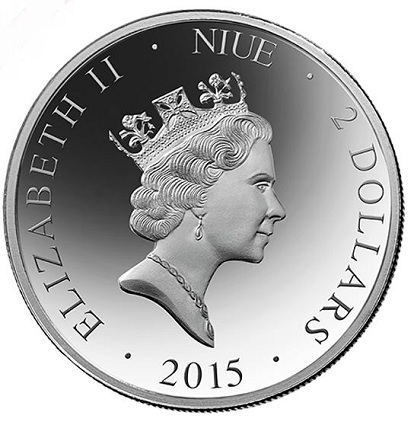 The Niue coins share an obverse that includes a portrait of Queen Elizabeth II, with the inscriptions ELIZABETH II, NIUE, 2015, and the issues’ denomination of 2 DOLLARS curving along the rim. 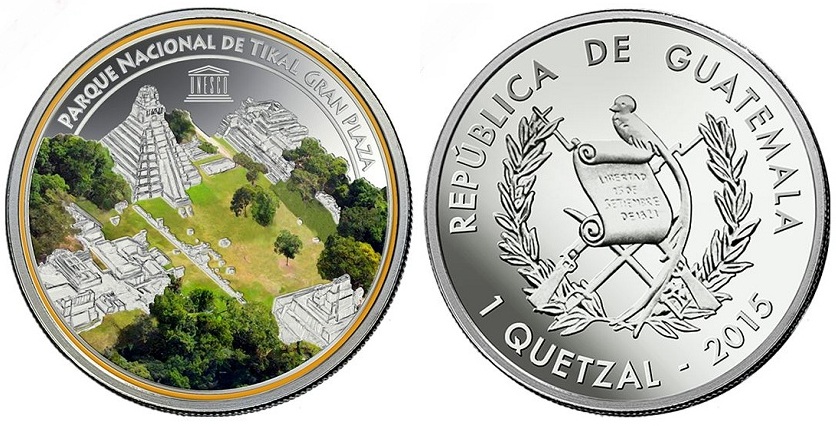 Its obverse features the official effigy of the Guatemalan government, with REPUBLICA DE GUATEMALA, 1 QUETZAL, and 2015 inscribed along the rim. This coin weighs 27 grams, measures 20 mm in diameter, and is composed of silver that is 92.5% pure.

All of the coins in this set feature a Proof-like finish and come with a certificate of authenticity. For more information on the “Mythologies of the World: God of the Maya” Silver Colored 5-Coin Set, please visit the Web site of the Royal Canadian Mint.