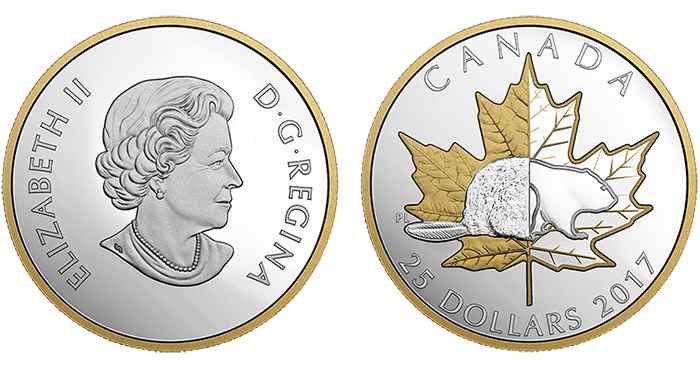 The Royal Canadian Mint have issued a new coin that highlights some of the most recognisable designs appearing on Canadian coinage since 1937. This new coin combines many design elements, such as a piedfort strike, selective gold plating, and recreations of previous and present coin motifs, all of which combine to make this coin stand out from other pieces issued during Canada’s confederation anniversary. 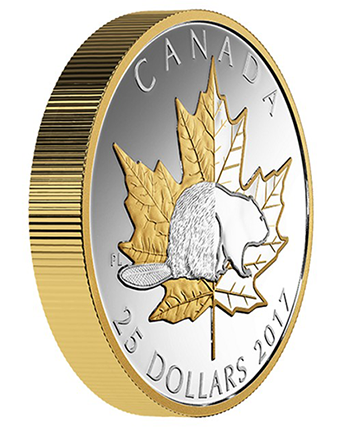 The reverse design effectively combines old and new—the beaver and the maple leaf are the defining images of Canada as a nation. One emblem represents the past, when the fur trade helped shape a nation, while the other predates the flag as an emblem of this land, its people, and their hope for the future. The maple leaf has become synonymous with Canadian identity the world over and is often the featured design on many Canadian coins. The design cleverly combines both beaver (also included on the country’s coins since 1937) and the maple leaf while also depicting both a traditional style alongside a more contemporary version. 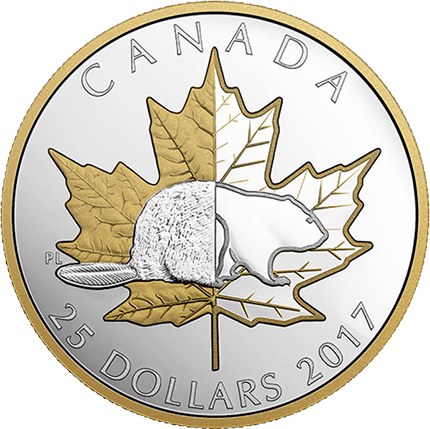 Designed by Canadian artist Pierre Leduc, the coin pays tribute to Canada’s evolving history through the two foremost national icons. A transition marks the centre of the field, with classic depictions on the left to represent confederation in 1867, and more contemporary versions on the right to represent both the present, the anniversary year of 2017, and beyond. Both icons are highlighted in selective gold plating. Featured is the beaver, the industrious aquatic mammal that symbolizes Canada’s sovereignty. Its tail and back half are texturally detailed, as it has appeared on previous coin designs, while the front portion transitions into a stylized silhouette that offers a more modern take on this Canadian icon. Behind it is the iconic maple leaf, whose serrated edges and deeply veined lobes are fixtures throughout the design. The left features a more natural and lifelike appearance familiar to many Canadian coin collectors as it is depicted on the reverse side of the beloved silver Maple Leaf bullion coin; while the right portion places a strong emphasis on symmetry. The denomination 25 DOLLARS is placed below the main emblems. 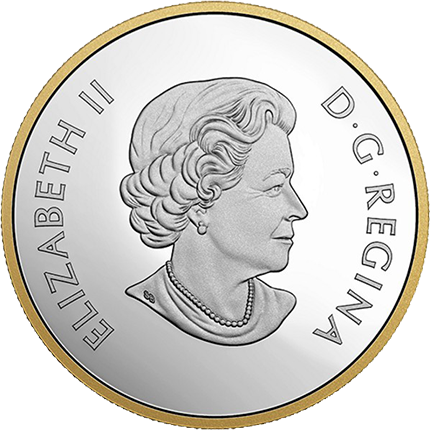 The obverse includes Susanna Blunt’s effigy of HM Queen Elizabeth II, which has been included on all circulation coins and many commemorative and collector coins since 2003.

The coin is presented in a custom branded case and cover box with certificate of authenticity. Canada’s national government has planned many events throughout the year to celebrate the Confederation anniversary. The Royal Canadian Mint will be issuing many options of collector coins during 2017 in celebration. For additional information on this and other coins offered by the Royal Canadian Mint, please visit their website.  ❑