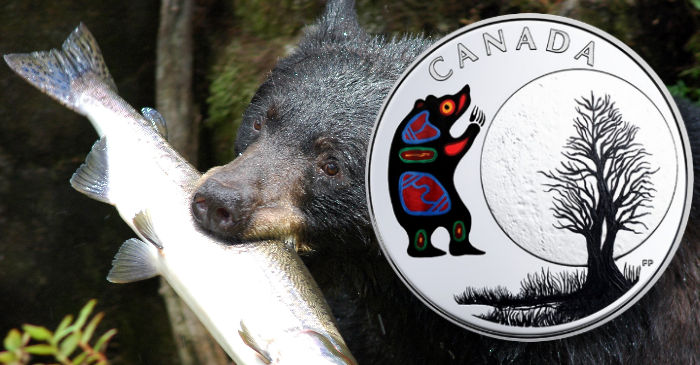 The Royal Canadian Mint has released the second silver coloured coin which is part of their new series entitled “Thirteen Teachings from Grandmother Moon,” that features the folklore associated with indigenous teachings and stories associated with the lunar cycle. According to the teachings of Canada’s indigenous Anishnaabe people, who view every aspect of nature as a living relation that plays an active role in their lives, from the woodland cultures that extend from the eastern seaboard to the Great Lakes — Grandmother Moon is ever-present. She makes 13 appearances (or every 28 days) throughout the year as she watches over Mother Earth’s children and lights up their paths. Every moon brings a new teaching, and the images on the coins which will be included in this series illustrate how Spirit Moon is a time to honour the stillness and reflect upon our place within creation. The first coin in this colourful series highlighted the purpose of the eagle — the messenger that carries our prayers to the Creator. 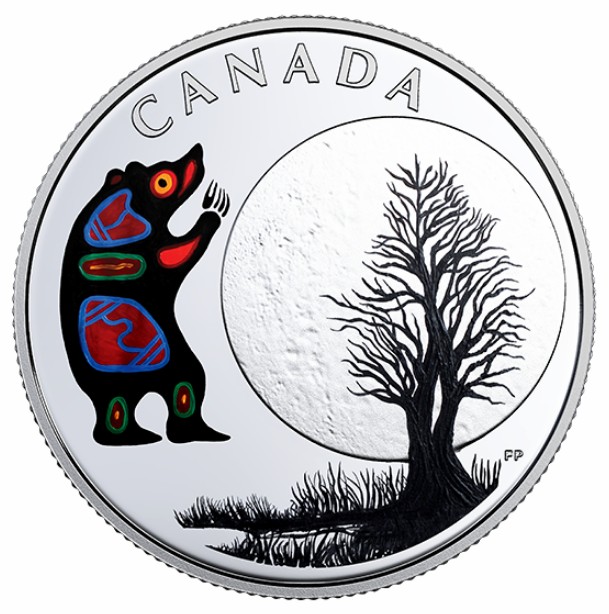 The 13 coin series was designed by Algonquin artist Frank Polson, who creates a captivating image of a full moon filling the sky as it sits low on the horizon behind a leafless tree. To the left, the second coin’s theme highlights the bear, which is depicted standing on its hind legs as it stretches after its long hibernation and reaches for the moon. 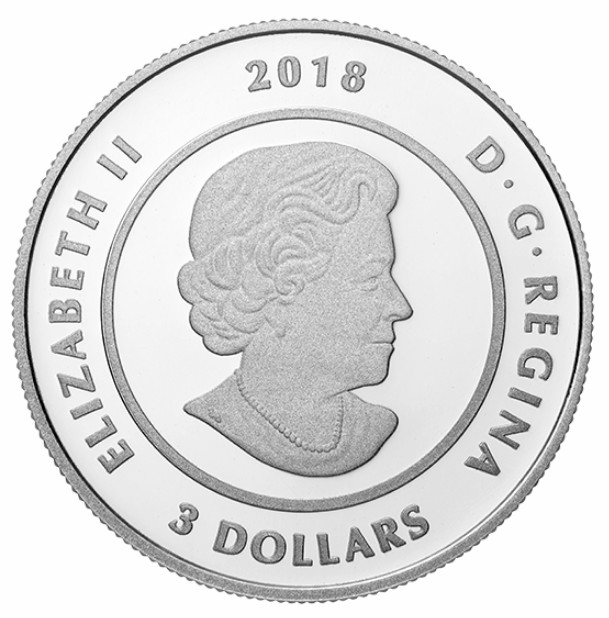 The obverse side features the effigy of Her Majesty Queen Elizabeth II, which was designed by Susanna Blunt and has been seen on all Canadian circulation and many commemorative coins since 2003. The coin’s denomination of 3 DOLLARS is placed below the Queen’s effigy. 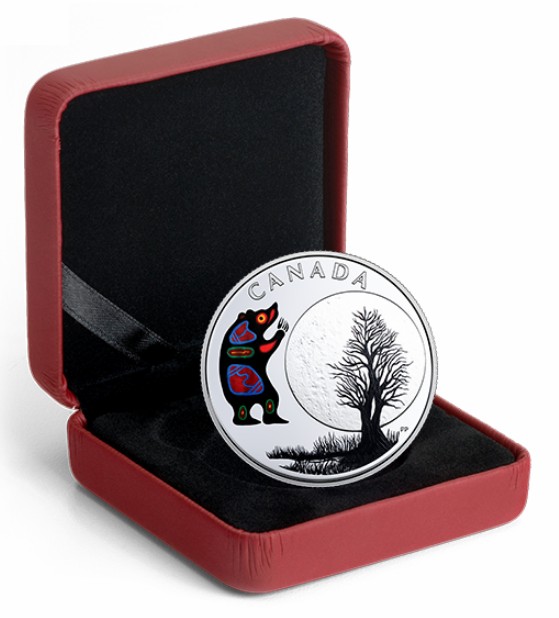 At the start of each lunar cycle, a new coin will be issued with the third coin scheduled for issue towards the beginning of March. Each coin is encapsulated and presented in a custom-branded Royal Canadian Mint case and is accompanied by a numbered certificate of authenticity. The coin is also part of a monthly subscription programme for collectors in Canada and the United States. For additional information on this coin and others available from the Royal Canadian Mint, please visit their website.