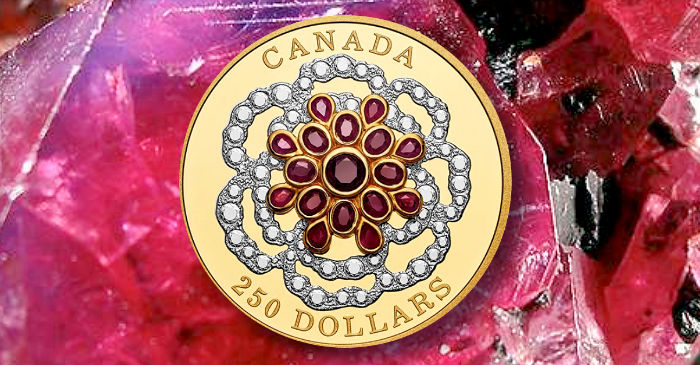 The Royal Canadian Mint has released one of their most intricately designed gold coins which also utilises the skill of a jeweller’s expertise to create their most innovative and artistic coins. Royal Canadian Mint engravers have recreated one of the heraldic Tudor roses featured on the Burmese tiara, which is part of Queen Elizabeth II’s royal jewel collection and uses genuine rubies to replicate the rose’s centre and selective platinum plating to define the surrounding petals.

The complete design comprises 17 flaming red rubies that shine from this exquisite gold coin to honour the Queen’s inextinguishable devotion to the commonwealth, while selective platinum plating completes the Tudor rose that appears on the Burmese tiara. It’s one of the few jewels the Queen did not inherit but created herself using gemstones she received as wedding gifts. This incomparable treasure delivers a rare insight into her individuality as she continues to uphold the monarchy in modern times.

The ruby, with its flame-red sparkle, has made it one of the most valued precious stones, even surpassing the diamond as the wedding stone of choice among ancients for its faithful commitment. When Her Majesty Queen Elizabeth II was given rubies as a wedding gift in 1947, the people of Burma, once a part of the British Empire, included 96 gems to protect her from the 96 ailments believed to afflict the human body. The flaming red ruby is also believed to increase the wearer’s longevity, personal power, and propel them towards their goals.

The regal ruby has perhaps put the Queen in good stead as she has served the commonwealth longer than any of her predecessors since its official formation in December 1931. For Canada, no other royal relationship has been as rich and enduring as that shared with Her Majesty Queen Elizabeth II. She has been a fixture throughout the lives of most Canadians, winning more affection and respect with every passing year as she continues to serve with the same devotion she pledged over 65 years ago. To this day, Elizabeth II, the Queen of Canada, stands as a steadfast embodiment of traditions that date back over a thousand years, yet she has also shone as a luminary through periods of unprecedented social and technological change.

Commissioned by the Queen in 1973 from the Royal Jewellers Garrard, this piece is a rare expression of her individuality as its design of white and red Tudor roses was a request from the Queen whose design was personally approved and crafted. Along with the diamonds, which were also a wedding gift from the Nizam of Hyderabad, he had instructed Cartier to allow Princess Elizabeth to choose whatever she wanted from their collection. She chose a diamond necklace and tiara with sections that could be worn as brooches and it is these two wedding presents that were used to create the Burmese ruby tiara. Since its creation, it has been worn countless times during official receptions as well as official portraits. This particular tiara is pictured on Her Majesty when she posed for a photo which then saw its transition onto various bank notes issued in several countries of the commonwealth where the Queen is the head of state. Although the Hyderabad tiara was dismantled to make the Burmese tiara, the necklace remained intact and continues to be worn, most recently by Catherine, the duchess of Cambridge, who is the granddaughter-in law of the Queen and the wife of Prince William. 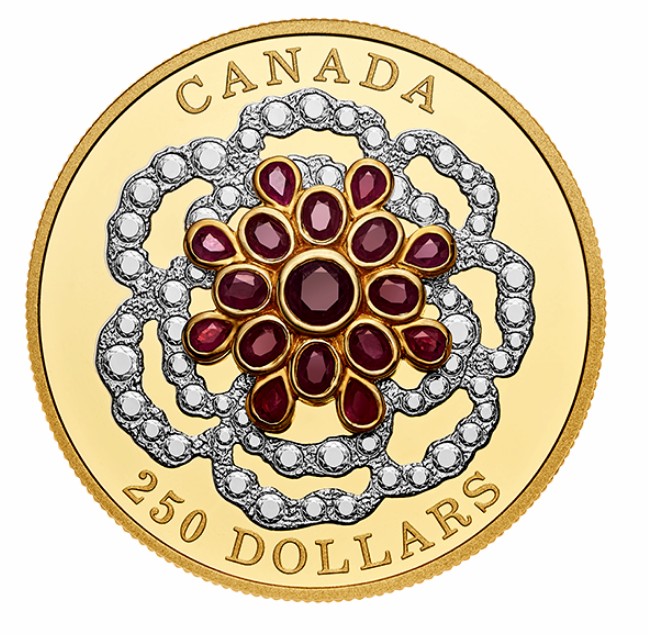 The coin is designed by Royal Canadian Mint engravers and the result recreates one of the heraldic Tudor roses featured on the Burmese tiara, which is centred on the coin with 17 genuine faceted rubies. Each ruby is individually framed in gold with selectively plated platinum around the design which recreates a Tudor rose. The text CANADA is placed above the beautifully crafted bejeweled motif with the denomination of 250 DOLLARS placed below. 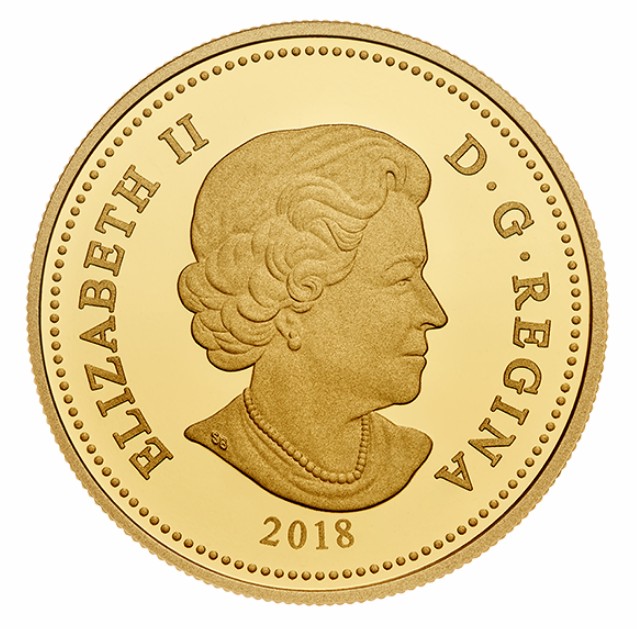 The obverse side includes the effigy of HM Queen Elizabeth II, as designed by Susanna Blunt, and has been included on all Canadian circulation and most commemorative coins since 2003. 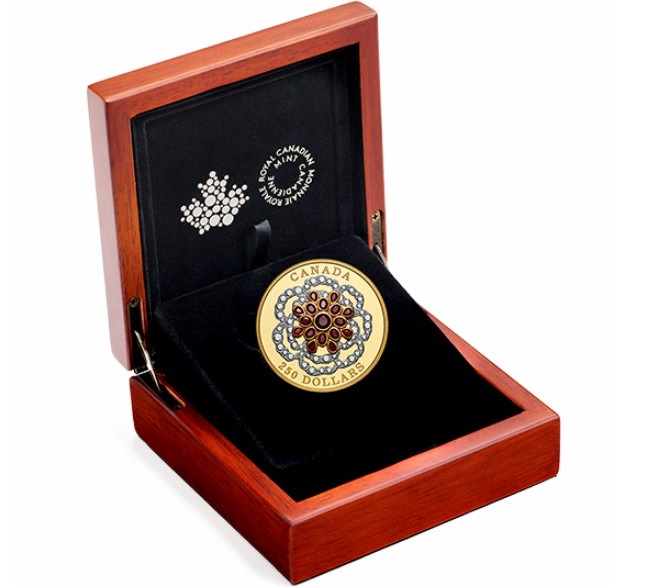 The mintage for this coin is exceptionally low and it is individually encapsulated and presented in a custom crafted wooden case with a serialised certificate of authenticity. For more information on this coin and others available from the Royal Canadian Mint, please visit their website.