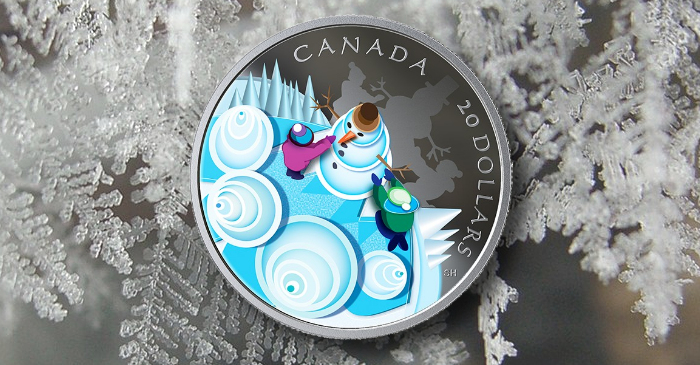 The Royal Canadian Mint has released a new holiday-themed coin in time for the festive days of Christmas and New Year’s Day. The new coin focuses on one of the country’s most well-known weather-related themes, snow, and the playful side which the little crystals seem to bring out in all of us.

Who says you have to spend a snow day inside? Once precipitation slows and the winds die down, Canadians of all ages can’t help but marvel at the frozen wonderland around them. Everywhere you look, the once-familiar landscape seems completely altered by a thick blanket of freshly fallen snow. It’s a breathtaking sight but also a key ingredient for some winter fun for all ages, courtesy of Mother Nature.

No matter where you live, the building of a snowman has long been a winter tradition around the world — anywhere the magic of snow is prevalent during the winter months.

Creative spirits soar as the pristine snow is gathered, rolled, stacked, and packed on to build the perfect snowman. Every expert in the field of constructing the perfect snowman knows all too well that your building material must have the right moisture content. Powder snow may be ideal for skiing but it doesn’t tend to stick together very well. On the other end of the spectrum, melting snow, or slush, is just too watery to hold a shape. Finishing touches are requisite, and with the addition of a hat, some buttons, and a carrot nose, your winter character practically comes to life. It’s a timeless and whimsical way to celebrate the joys of Canada’s coldest season while making the most of a bright winter day and it keeps younger members of the family busy while eagerly anticipating the big day itself — Christmas.

As Canada is ideally located on such a northerly part of the planet for building snowmen, one of the tallest snowmen resides year-round in Beardmore, Ontario. While it’s not really made of snow, the smiling, roadside landmark does measure more than 10 metres (32 feet) high. 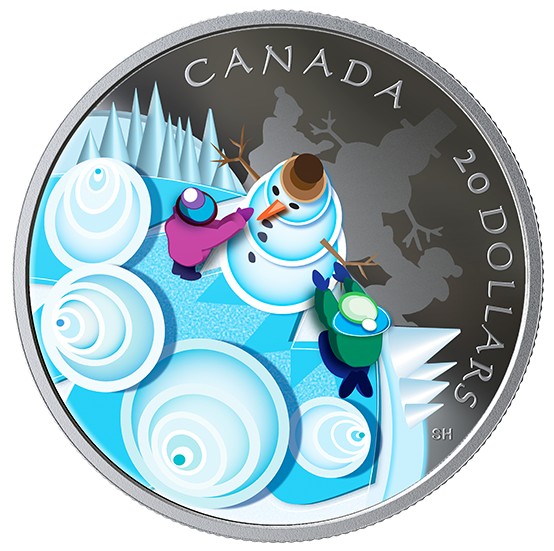 Designed by Canadian artist Steve Hepburn, the 2019-dated coin presents a contemporary reinterpretation of a classic winter scene. The view from above allows for a more playful perspective, as two Canadian children make the most of a snow day by building a snowman. Geometric shapes and the deliberate choice of colours that add elements of modern design evoke a strong sense of nostalgia — especially in the concentric circles that form four evergreen trees, whose swirled appearances are reminiscent of lollipops. Using cool-toned colours and engraving to convey bright light and shadows, this layered design radiates with a light-hearted spirit that is also reflected in the shadow engraved on the coin’s silver surface. This application is an added touch to truly convey the light-heartedness of the moment and bright spirits on this winter day. 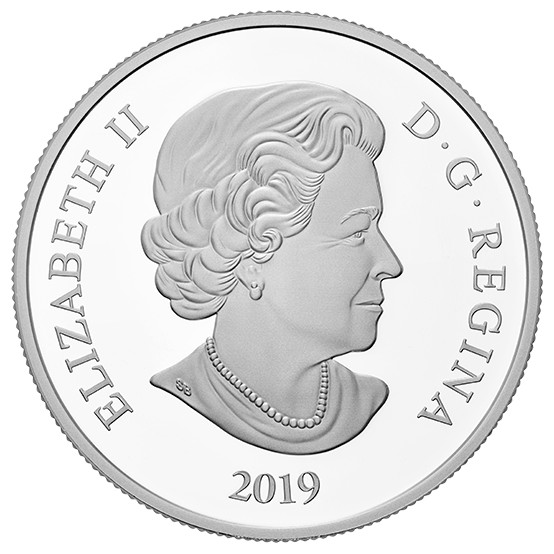 The obverse side of the coin includes an effigy of HM Queen Elizabeth II created by Susanna Blunt that has been seen on all circulation and many commemorative coins since 2003. 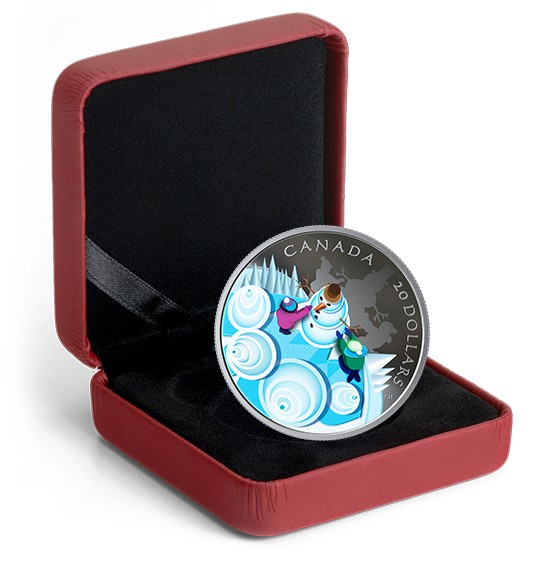 Each coin is encapsulated and presented in a custom-branded Royal Canadian Mint case, accompanied by a numbered certificate of authenticity. For additional information about this coin and others available from the Royal Canadian Mint, please visit their website.