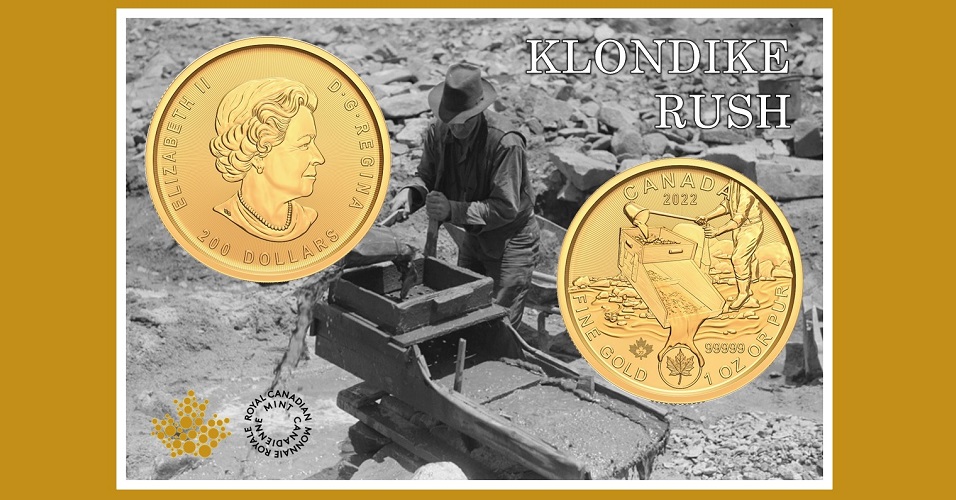 The Royal Canadian Mint has launched its second coin in a series created last year to mark the 125th anniversary of the Klondike Gold Rush, a turning point in Canadian mining history. Launched on the 13th June in Toronto, Ontario, at PDAC 2022, the conference is the world’s premier mineral exploration and mining event hosted by the Prospectors and Developers Association of Canada. The new design will be on display at the Royal Canadian Mint’s booth.

The coins focus is on the immense discovery and the prospecting methods used to find gold in Yukon’s famed Bonanza Creek in 1896. Remembered as “the last great gold rush,” it forever transformed Canada as a whole, Yukon as a territory, and the lives of both the European settlers who moved westward and the Indigenous people who inhabited the land for millennia. Large-scale gold mining in the Yukon Territory didn’t end until 1966, and by that time the region had yielded nearly $250 million in gold. Today, there are still about 200 small gold mines presently operating in the region. 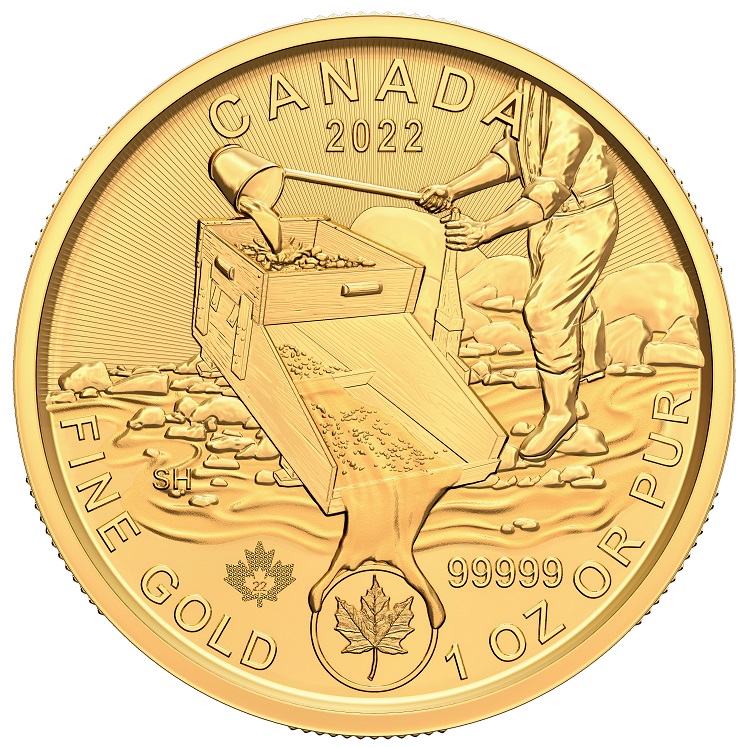 Designed by graphic artist Steve Hepburn, the reverse side is once again dedicated to the more traditional means of prospecting for gold. The depiction illustrates the operation of a traditional sluice box in action, filled with “paydirt” from which precious gold flakes and nuggets are being carefully separated. The text CANADA and the year of issue 2022 are shown above the primary design with the specifications FINE GOLD 1 OZ OR PUR placed below. The gold coins’ fineness of .99999 is seen just to the lower-right of the sluice box. The coin’s security is also enhanced by the mint’s distinct micro-engraved maple leaf mintmark, showing the latent image number “22” to correspond to its year of issue and is placed to the left of 99999. 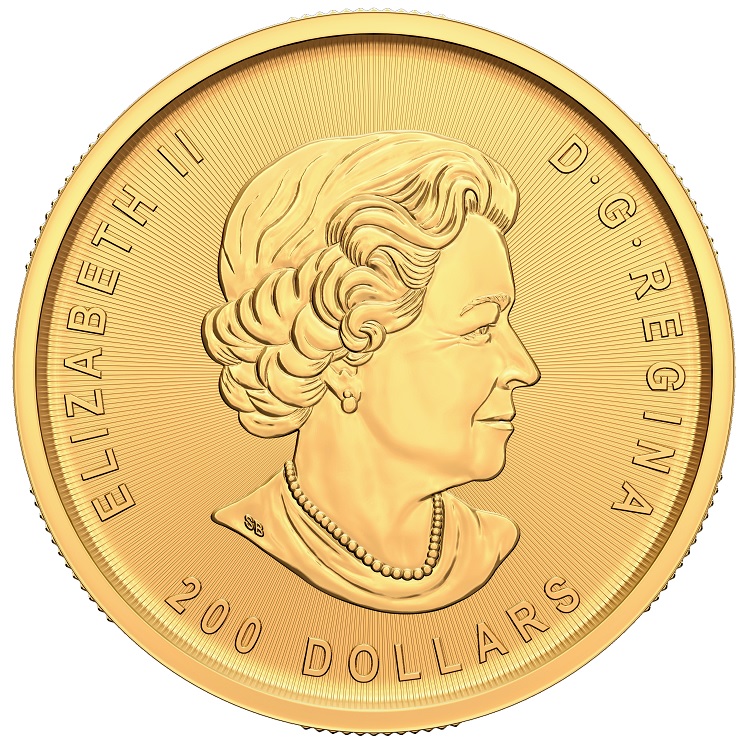 The obverse features the effigy of Her Majesty Queen Elizabeth II by Susanna Blunt with the denomination of 200 DOLLARS placed under the Queen’s likeness. The background field of the reverse and obverse features a precisely engraved array of radial lines that have become a defining characteristic of Royal Canadian Mint bullion coins.

Made of the world’s purest gold, the latest Klondike Gold Rush pure gold bullion coin is presented in a credit card-style packaging that includes a certificate of purity signed by the mint’s chief assayer and will soon be available through the mint’s network of official bullion distributors. In keeping with a distribution model common to the world’s major issuers of bullion coins, the RCM does not sell bullion directly to the public. Interested buyers are encouraged to contact a reputable bullion dealer in their region to order new bullion coins.