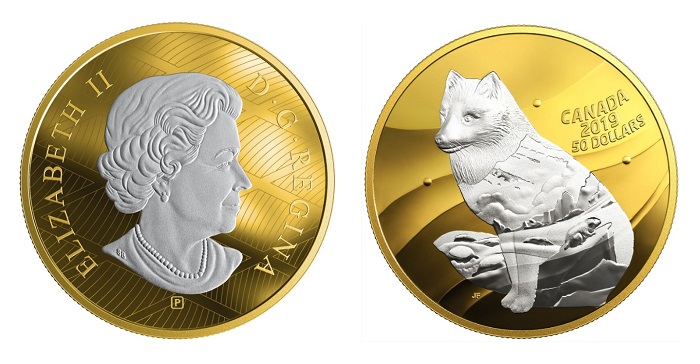 The Royal Canadian Mint has released the second coin in a new series entitled “Inner Nature” that focuses on various elements of the country’s breathtaking natural beauty, paying particular attention to wildlife, much of it indigenous to North America.

With the first coin in the series issued earlier this year, Canadian artist Caitlin Lindstrom-Milne created a captivating double image of a grizzly bear to demonstrate how variations of nature contribute to the bear’s environment and harmony. Canadian artist Jayson Fuerstenberg designs the second coin in the series. In his first coin design with the mint, Fuerstenberg captures the inner nature of the Arctic fox with a mesmerizing double image. A fox sits poised on a background of gold-plated snow. However, after looking closely at its silhouette, subtle engraving and unprecedented finesse reveal the invisible—the inner landscape of the fox’s existence, complete with its prey. 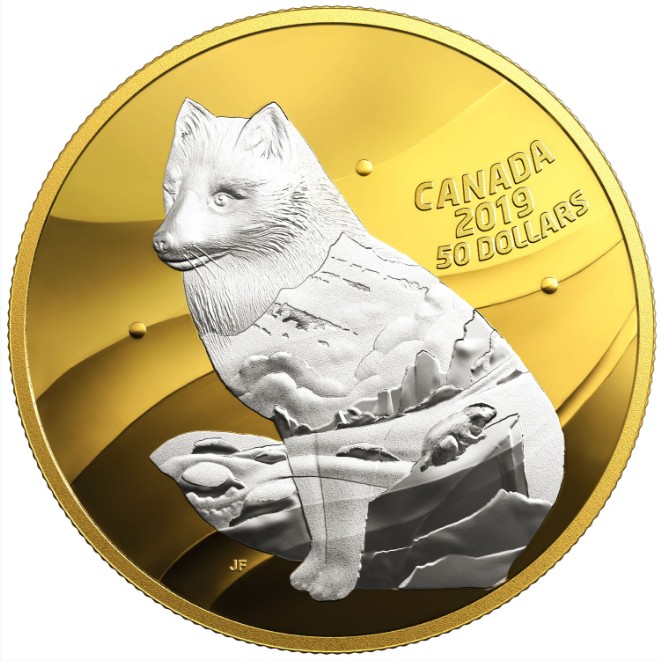 The reverse design displays an Arctic fox atop a background of gold-plated snow. The fox’s ears and muzzle are very distinguishable in its three-quarter profile, along with its distinctive long tail warming its legs. Engraved within the fox’s silhouette is an Arctic landscape. The landscape features snow-covered tundra, mountains, and a North American brown lemming, the fox’s preferred prey. The inscription CANADA 2019 50 DOLLARS appears to the right.

The design benefits from a process of reverse gold plating which enhances the primary design in glimmering silver and a field of rich gold colour. 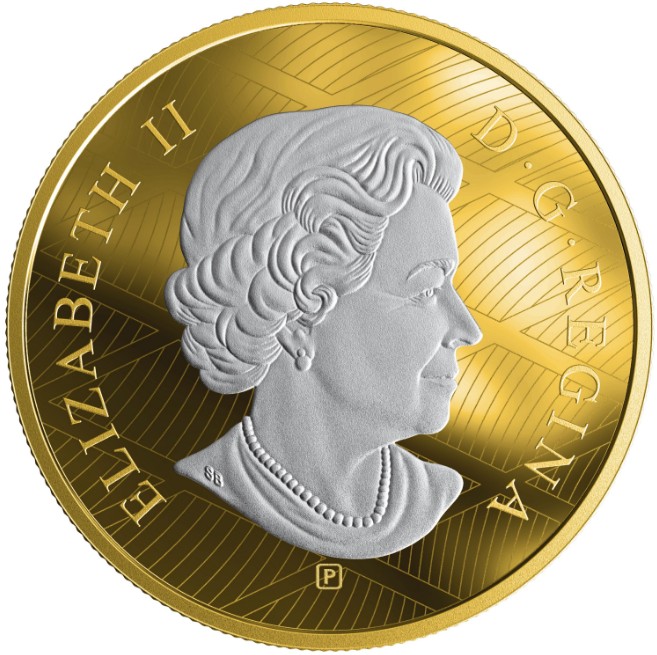 On the obverse is an effigy of Her Majesty Queen Elizabeth II created by Susanna Blunt. ELIZABETH II D.G. REGINA is engraved along the outer edge of the coin. 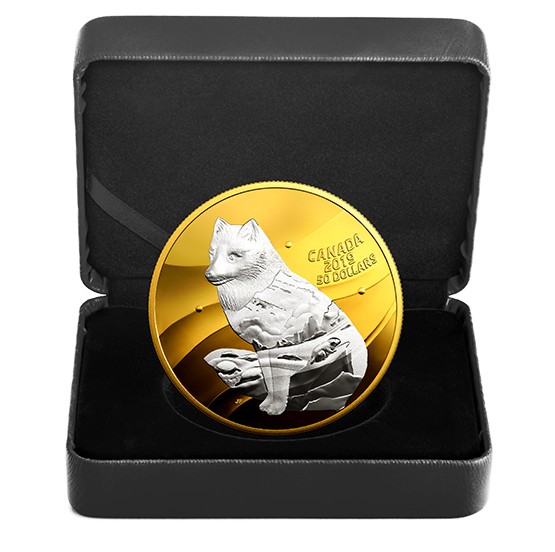 The large-size Proof silver and gold plating coin is specially encapsulated and encased in a custom case to accommodate the coin’s dimensions and is accompanied by a numbered certificate of authenticity. For additional information about this coin and other coins available from the Royal Canadian Mint, please visit their website.