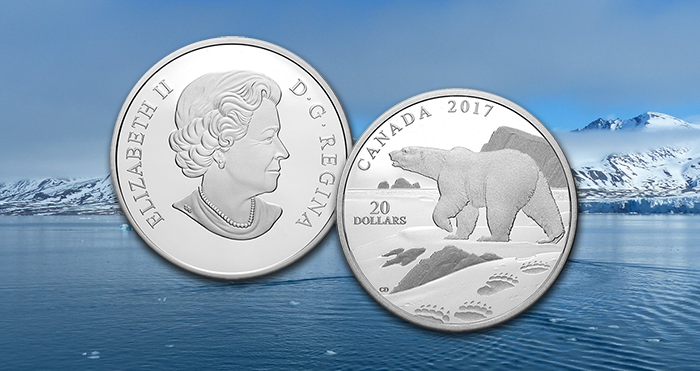 The Royal Canadian Mint have issued their second coin in this innovative and already popular series, entitled “Nature’s Impressions.” The coins offer realistic and detailed depictions of some of the country’s more well-known animals that, in the course of their daily lives, leave their prints in the snow or on the ground as testament to their having walked among us and just as proof of their valued existence. This series has cleverly included the very impressions of their footprints on the edge or rim of the coin, incused into the surface. 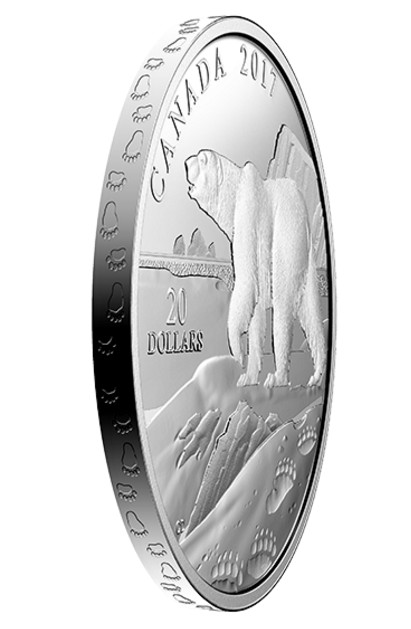 In the “Nature’s Impressions” series, the subject animals tracks are incused around the edge of the coin.

The second coin features the polar bear. Considered one of Canada’s wildlife ambassadors, this majestic animal inhabits much of the country’s northern borders right up to the Arctic Circle—and, increasingly, in recent times, below this protective border, as it searches food in human communities. Steady on its feet, the polar bear uses its large paws to move through the changing landscape—be it deep snow, Arctic waters, or thin ice. This true icon of Canada’s north is depicted and engraved in its habitat in outstanding detail. As part of the specific feature of this series, the polar bear’s distinctive paw prints are placed all along the coin’s edge, representing the outstanding impressions the polar bear leaves during its daily routine. 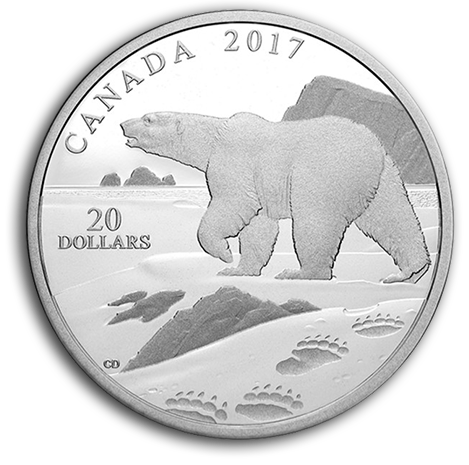 Designed by Canadian artist Claudio D’Angelo, the coin’s reverse features a detailed profile view of a polar bear, or Ursus maritimus, against the landscape of the Canadian Arctic. Moving to the left across the snow-covered ice and rocks, the polar bear extends its elongated neck to vocalize, while its gaze remains fixed on what lies beyond the coin’s rim. Advanced finishing techniques enhance the precision engraving and help capture the animal’s likeness in stunning detail, from the texture of its dense fur to its facial features. Its left forepaw is suspended in air, mid-step. The entire design gains an added sense of movement through the bear’s distinctive paw prints, which cross the lower field and are engraved around the coin’s edge in a continuous pattern. 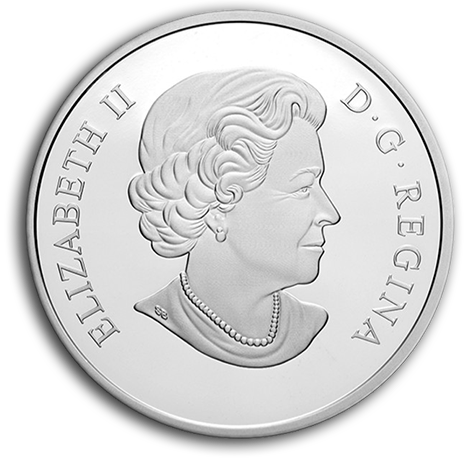 The obverse includes Susanna Blunt’s effigy of HM Queen Elizabeth II, which has been included on all circulation coins and many commemorative and collector coins since 2003.

The first coin in this nature series featured the Caribou, also with hoof prints incused around the coin’s edge. (It’s available from the Mint, APMEX, and other retailers.) The coin is presented in a custom branded case and specially created cover box with certificate of authenticity. For additional information on this and other coins offered by the Royal Canadian Mint, please visit their website. ❑
Share: