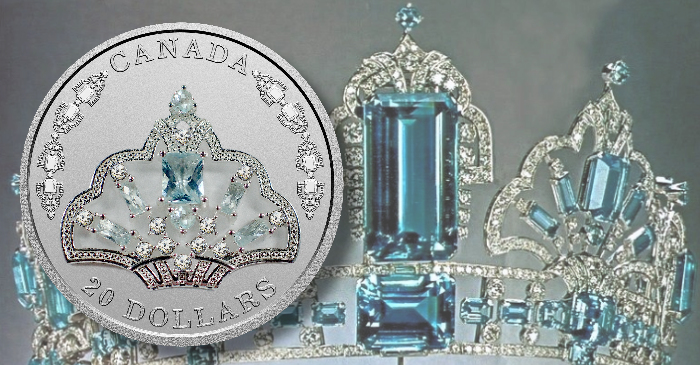 The Royal Canadian Mint has released silver crafted coins that recreate a particular piece of jewellery which is one of the Queen’s most personally admired and recognised. The Aquamarine Tiara has been a part of Queen Elizabeth II’s own collection since her coronation in 1953. Before and after this momentous event, floods of precious gifts were showered upon her, including a diamond necklace with very large aquamarines and matching earrings, the gift of the president and the people of Brazil to the new British sovereign. The set was crafted by Rio de Janeiro’s branch of the British company Mappin & Webb, which consisted of a necklace and matching pendant earrings comprised of multiple oblong Brazilian aquamarines set with diamonds in platinum. The necklace contained nine large, oblong aquamarine stones with a larger drop pendant. In 1957, and to complete the set, the Queen commissioned royal jeweller Garrard to create a tiara, a wonderful creation with an exquisite aquamarine as a focal point that exceeded all other stones of this set.  The tiara initially consisted of a bandeau with three upright aquamarines. When first made, the tiara had three upright rectangular stones which could be detached and worn as brooches or mounted on a simple platinum band. Later, in 1971, it was augmented to its present form consisting of four scroll ornaments with an aquamarine stone set in the centre and which were sourced from an aquamarine and diamond jewel given to the Queen by the Governor of São Paulo in 1968. Interestingly, additional perfectly matched pieces of aquamarine continued to be collected within Brazil, which, in 1958, were given to the Queen in the form of a similarly designed bracelet and brooch to add to her existing set. 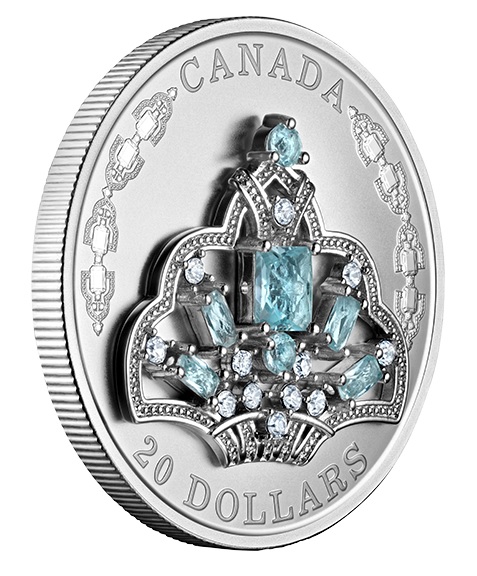 The reverse side of the coin’s design centres on one of the fan-like scroll motifs from the Brazilian aquamarine tiara worn by Her Majesty Queen Elizabeth II. 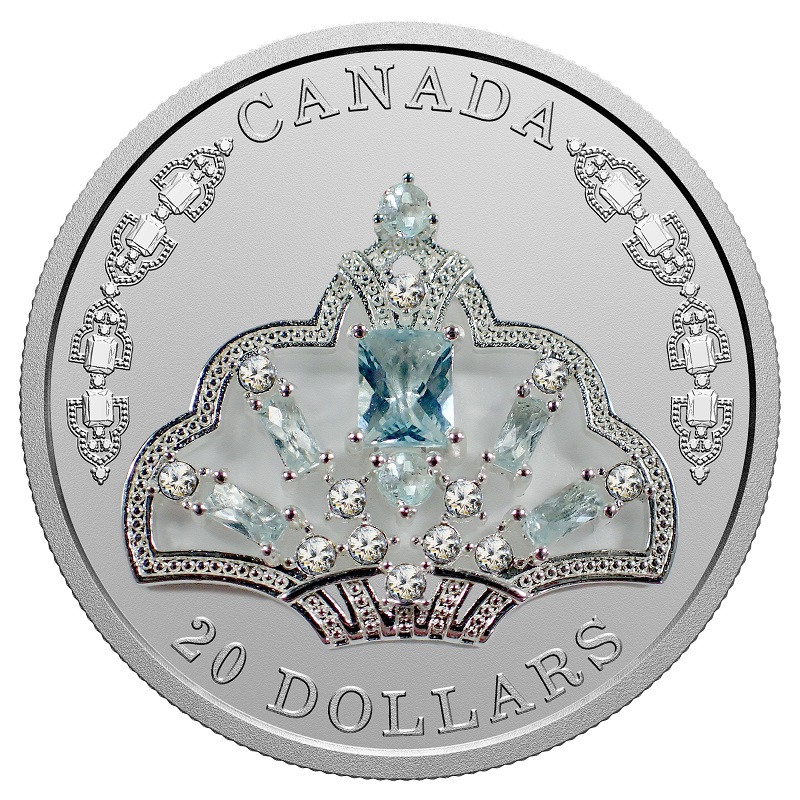 The rhodium-plated, jewellery-inspired element is adorned with an arrangement of 12 Swarovski crystals and seven aqua-coloured stones. Additional tiara-inspired flourishes complete this tribute. 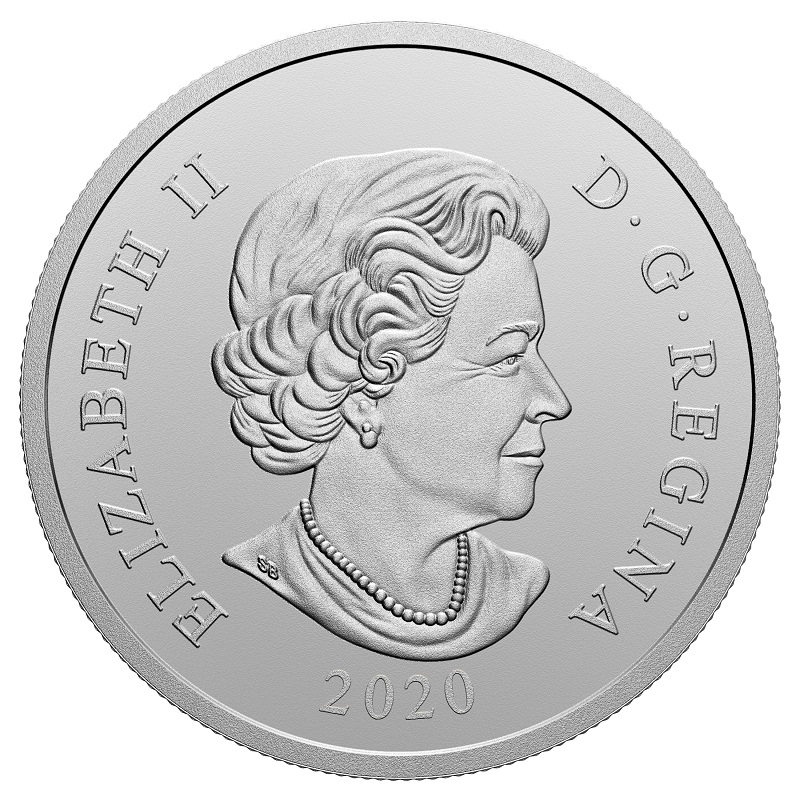 The obverse features the effigy of Her Majesty Queen Elizabeth II created by Susanna Blunt and has been in use on all Canadian circulation and many commemorative coins since 2003. 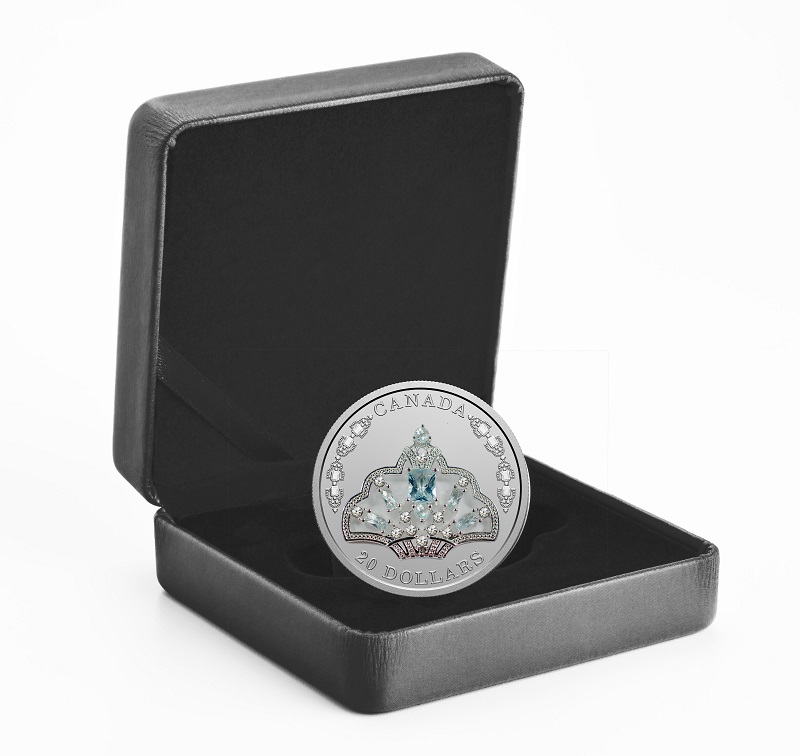 Each coin is specially encapsulated to accommodate its intricate inlaid design and is presented in a custom case accompanied by a certificate of authenticity. For additional information about this coin and others available from the Royal Canadian Mint, please visit their website.