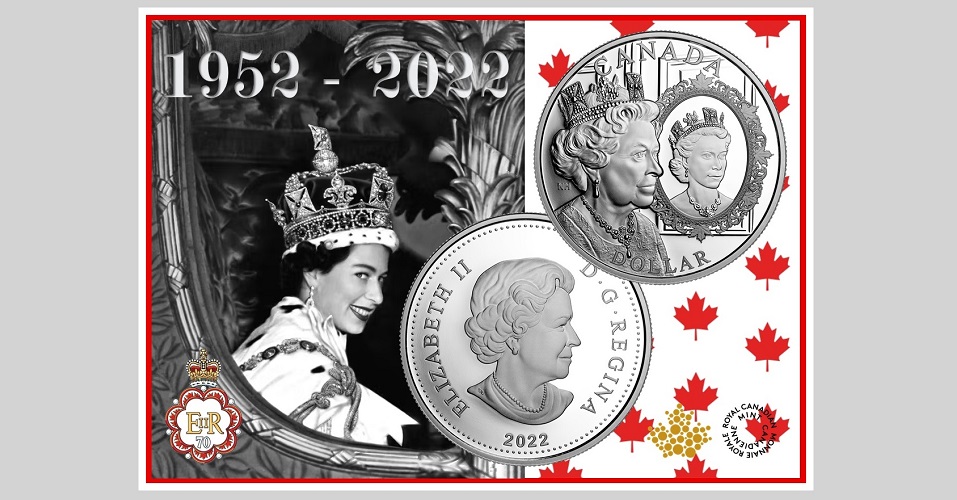 The Royal Canadian Mint has released its much-anticipated silver dollar commemorative coin to mark the Platinum Jubilee of Queen Elizabeth II. As the Queen marks 70 years on the British and Canadian thrones, people all over the world, especially in countries where the Queen is Head of State, are celebrating this once-in-a-lifetime anniversary in salute to an extraordinary woman. 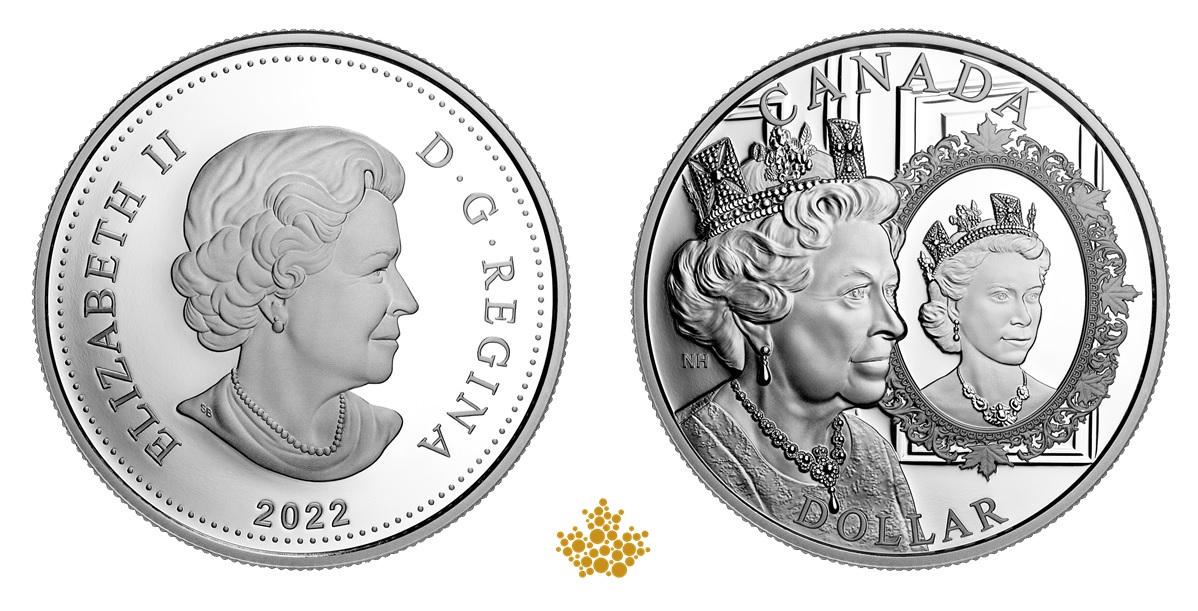 The reverse side of the coin is designed by Neil Hamelin, who has cleverly highlighted the seven decades Elizabeth II has been Canada’s Queen. The design features a double portrait of Her Majesty Queen Elizabeth II to mark the historic occasion of her Platinum Jubilee. In the foreground, the Queen is presented in a three-quarter view facing right, radiating wisdom gained through her 70-year reign. Next to her is a portrait or reflection of her younger self in 1952, shortly after her accession to the throne. Both portraits of the Queen feature the George IV State Diadem, which can be seen on the obverse of Canadian coins issued between 1990 and 2002. This diamond-encrusted crown is most famously associated with Her Majesty, who wore it to her coronation. She continues to wear it on state occasions, including the State Opening of Parliament.

The ornate frame around the reflection appropriately includes several maple leaves that serve as an additional tribute to the Queen of Canada. Above the primary design is the text CANADA and below is the coin’s denomination of DOLLAR. The obverse features the effigy of Her Majesty Queen Elizabeth II by Susanna Blunt. On this occasion, the year 2022 is shown below the Queen’s likeness.

Each gold coin is individually encapsulated and presented in a Royal Canadian Mint-branded custom case accompanied by a numbered certificate of authenticity. For additional information, please click here.