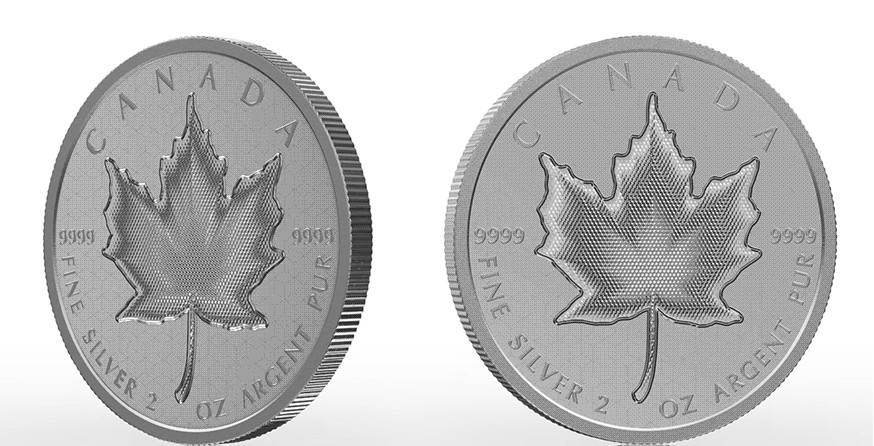 The Royal Canadian Mint has released new silver Proof coins which incorporate first-of-its-kind striking technology and leading-edge photonics with their classic coin reverse design. The maple leaf design on this coin was first introduced on Royal Canadian Mint silver and platinum bullion coins in 1988. The iconic Silver Maple Leaf design on the reverse of these unique silver coins seems to pulsate when the coin is tilted, thanks to technology developed by the University of Ottawa Centre for Research in Photonics and the Royal Canadian Mint’s own research and development team. The process includes replicating tiny mirrors designed to precise specifications to create the illusion shown. The application of photonics is the science of generating, detecting, and manipulating photons (light particles). This far-ranging physical science has numerous impacts across fields ranging from a better understanding of the universe to improving our knowledge of diseases. It affects the daily life of people around the globe in the form of electronics, telecommunications, manufacturing, and more. 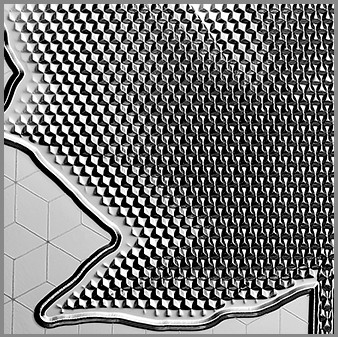 Together, the results of the collaboration is an extraordinary and unique take on the classic Silver Maple Leaf design. The technology works by creating sub-millimetre-scale mirrors on the coins’ surface. These mirrors are engineered to exact dimensions and orientations, then engraved on the coining dies used to strike the mirror array into the pure silver blanks. The result: The Silver Maple Leaf on the coin’s reverse appears to expand and contract when tilted, giving the impression that the maple leaf is pulsating.

Although this is a collector coin and not released as a bullion piece, the bullion coins from which the design is taken represent some of the world’s most sought-after gold, silver, and platinum bullion. The mint’s refinery is one of the most technically advanced for gold and silver, in particular. This refinery has produced several world firsts, including being the first to introduce a 99.99% pure gold bullion coin (in 1982) and the first to unveil a 100-kilogram .99999 pure gold bullion coin with a $1 million face value in 2007. 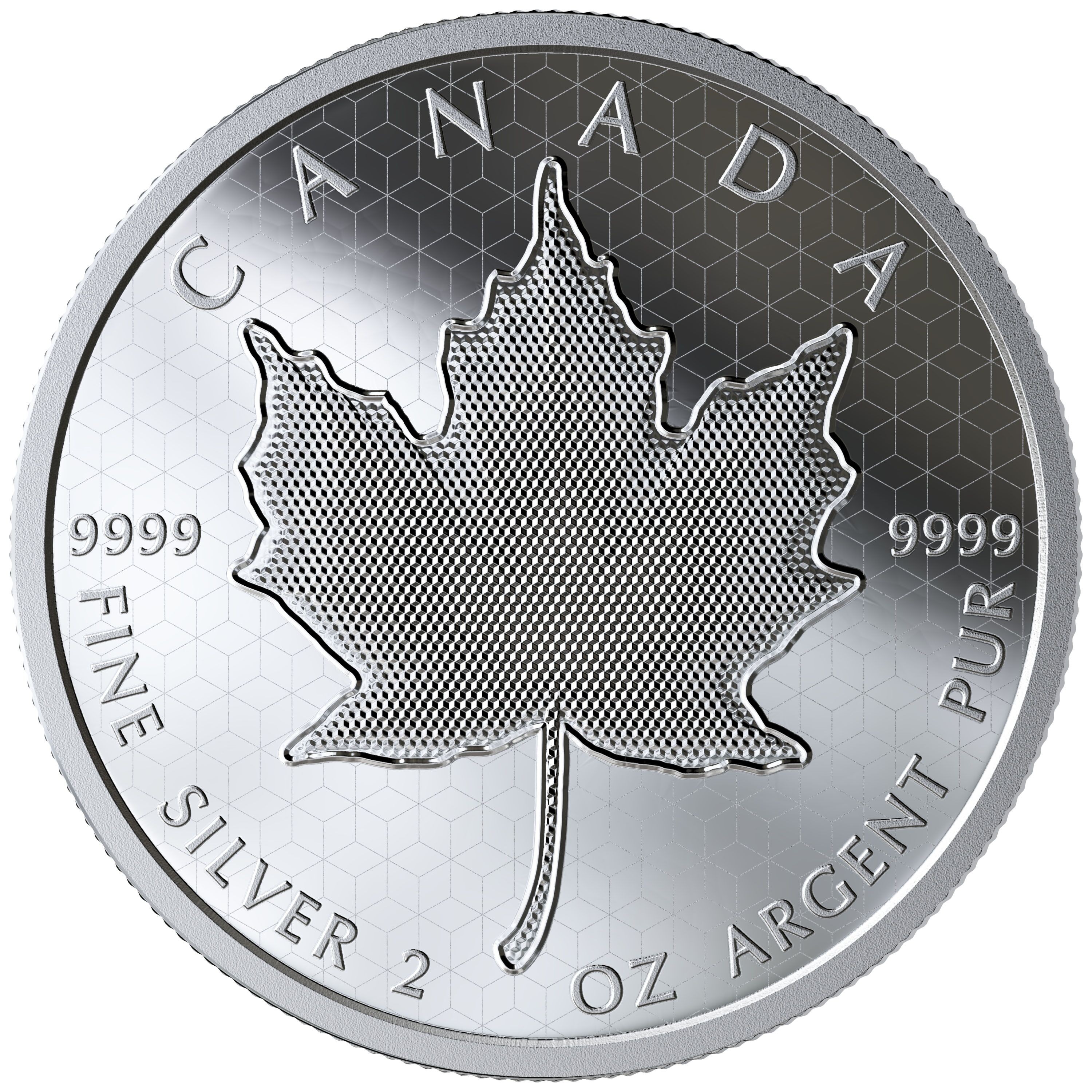 The reverse image features the Silver Maple Leaf design from the Royal Canadian Mint’s bullion coinage, rendered using newly developed technology developed in collaboration with the Centre for Research in Photonics at the University of Ottawa. The reverse and obverse field pattern reproduces an expanded, non-pulsating version of the pulsating pattern on the maple leaf. 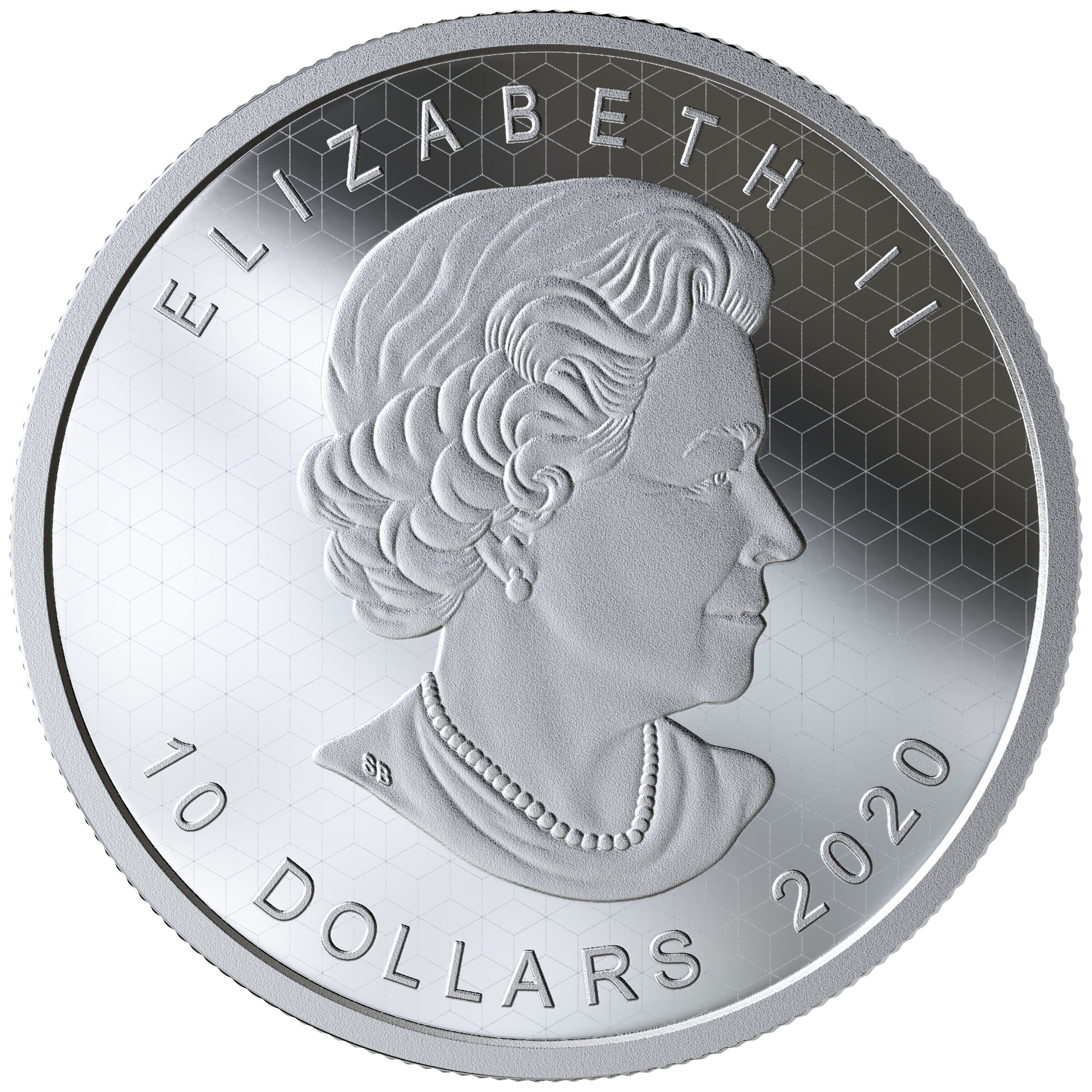 The obverse features the current effigy of Her Majesty Queen Elizabeth II designed by Susanna Blunt along with the year 2020 and the denomination of 10 DOLLARS. 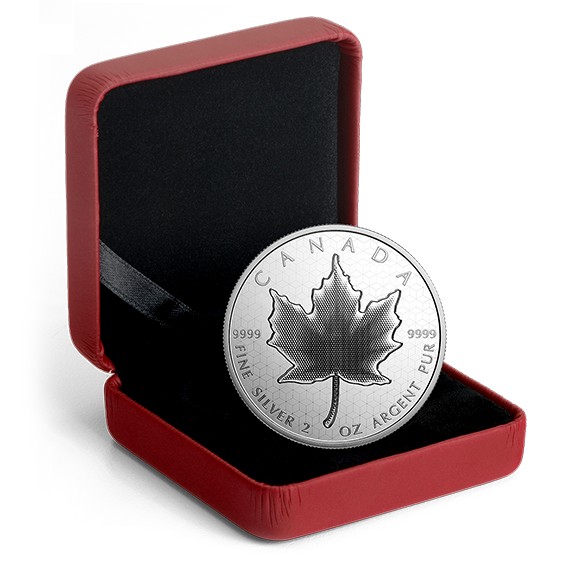 Each coin is specially encapsulated to accommodate the larger diameter and weight and is presented in a custom, mint-branded maroon colour case which is also accompanied by a numbered certificate of authenticity. For additional information about these coins and others available from the Royal Canadian Mint, please visit their website.