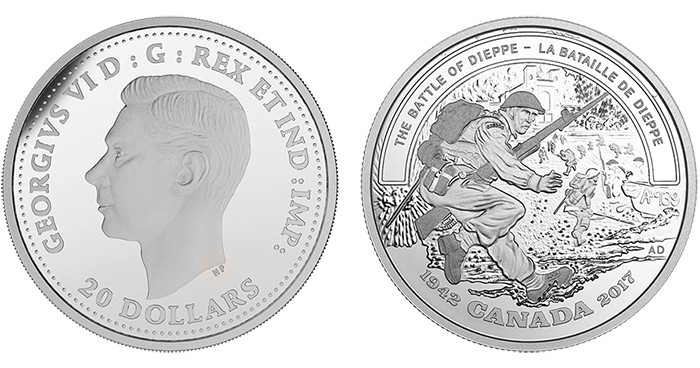 The Honourable Ginette Petitpas Taylor, member of parliament for Moncton-Riverview-Dieppe, joined Royal Canadian Mint board of directors member Kirk MacRae in the official presentation. During the ceremony, Ms. Ginette Petitpas Taylor commented, “Seventy-five years ago, soldiers from across Canada fought bravely and selflessly at Dieppe and paid a steep price in boldly attempting to breach enemy defences in Canada’s first army offensive of the Second World War.”

She added, “The costly experience of Dieppe ultimately helped Canada and its Allies achieve success in later operations, including the D-Day offensive.” 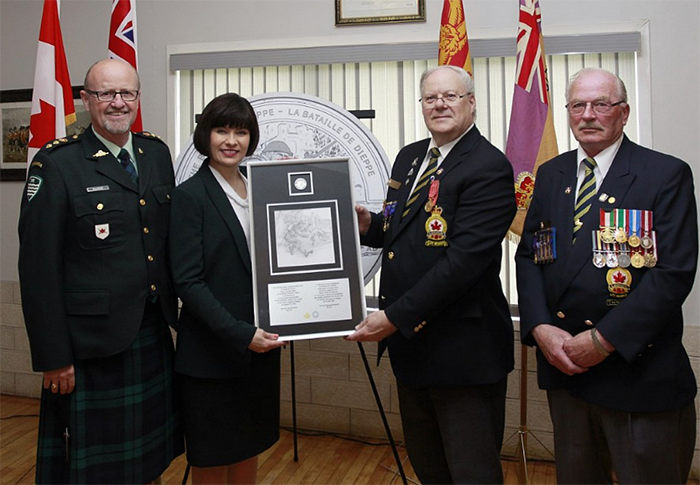 Also attending the ceremony was Sandra Hanington, president and CEO of the Royal Canadian Mint. Ms. Hanington said, “The Mint’s profound respect and admiration for the resolve and sacrifice of Canada’s veterans and active troops shines bright in the many coins we continue to produce in honour of their exceptional service.” She added, “We are proud to mark the 75th anniversary of the Dieppe Raid in our own unique way and hope that this silver coin will help preserve the memory of our soldiers who fought for Canada and its values on that fateful day.” 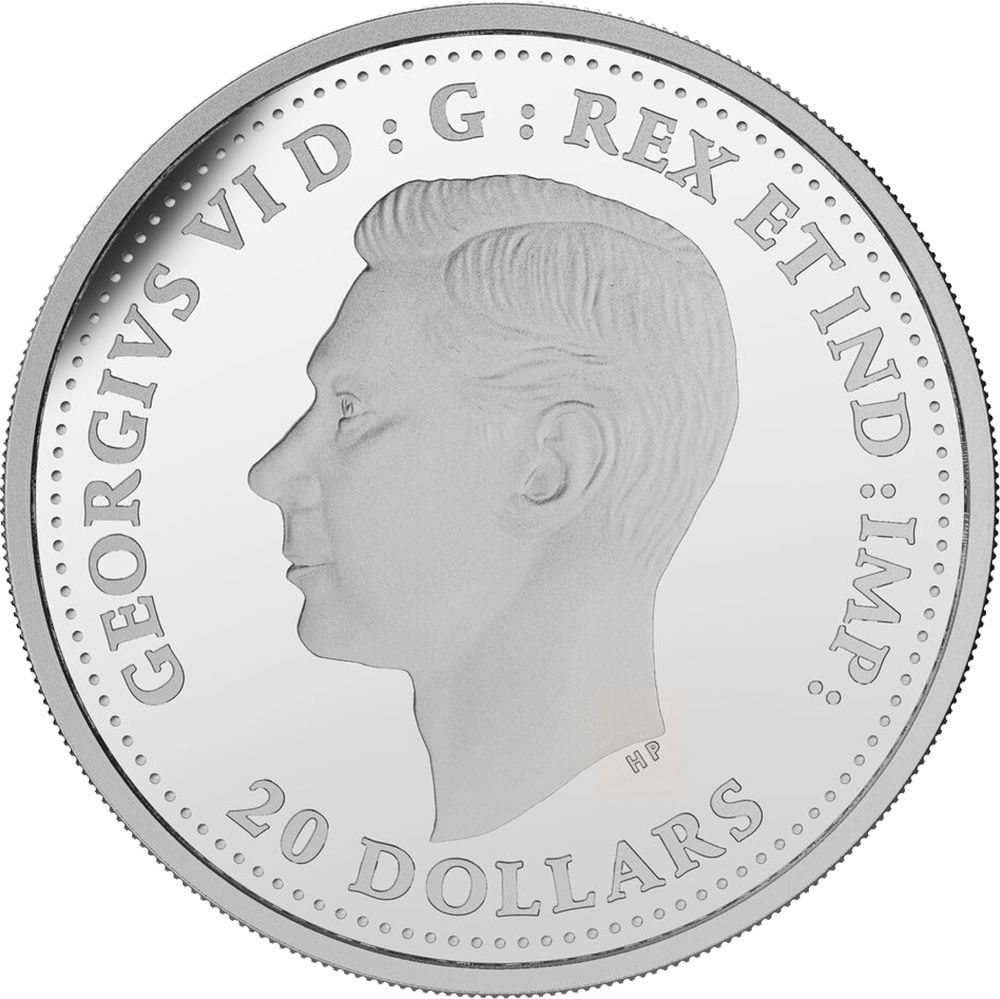 The reverse design of this coin was created by Canadian artist Alan Daniel, who designed a dramatic first-person perspective of the turmoil and danger through which Canadian troops pressed on during the ill-fated amphibious raid on the enemy-occupied port of Dieppe, France. The image of a Canadian soldier urging his comrades to advance towards the heavily-fortified Casino evokes the courage and determination of the Canadians who answered the call of duty despite insurmountable odds. Around the top of the coin is the bilingual legend THE BATTLE OF DIEPPE – LA BATAILLE DE DIEPPE. At the bottom, the dual dates 1942 and 2017 are placed to either side of CANADA. 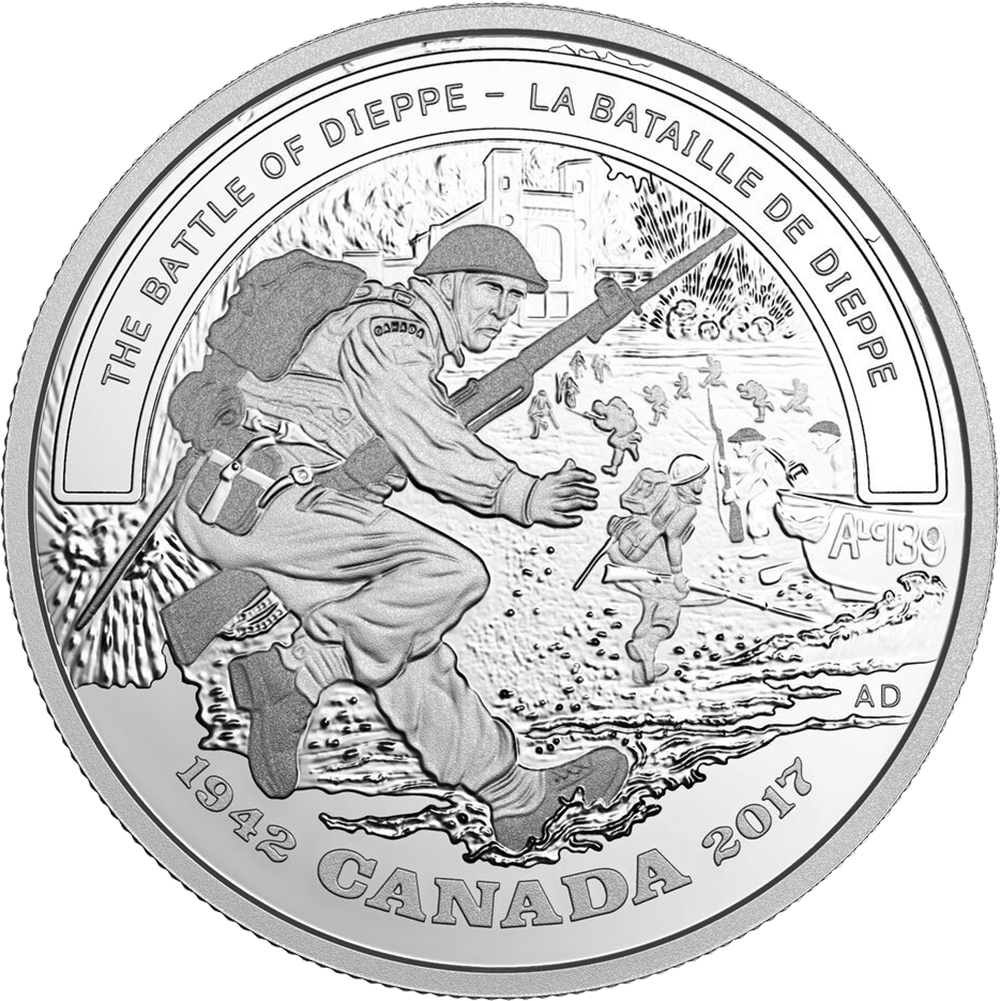 The obverse of the coin features the effigy of  Canada’s reigning monarch throughout the Second World War, King George VI, as created by Humphrey Paget (1893–1974). The denomination of 20 DOLLARS is placed below the king’s effigy.

The 2017 Battle of Dieppe silver Proof coin is part of an ongoing coin programme entitled “Second World War Battlefront Series,” which, by the time of its conclusion, will mark the end of the Second World War in 1945. This is the third coin issued in this series, which commemorates both Canada’s role as well as the 75th anniversaries of key WWII battles. Please visit the website of the Royal Canadian Mint for more information on this and other coins on offer.   ❑