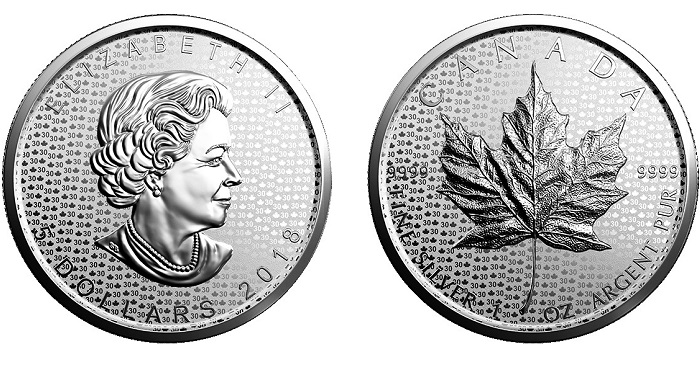 The Royal Canadian Mint have released a new two-coin set which is in celebration of one of the world’s most successful and celebrated bullion coins: The Canadian silver maple leaf coins. First issued in 1988, the silver coins guaranteed the finest silver purity available by state of the art refining which offered bullion investors unparalleled artistry, craftsmanship, and value. The coins quickly became one of the most sought after bullion products, which also transitioned onto numismatic collector coins alike. The silver maple leaf followed in the footsteps and success of their gold counterpart, the gold maple leaf bullion coins, which made their debut in 1979. The first gold and silver maple leaf coins carried the effigy of HM Queen Elizabeth II, as designed by Arnold Machin. A new effigy was introduced in 1990, and subsequently in 2003, the latter of which is the current effigy seen on the maple leaf range of bullion coins.

This signature design is given the royal treatment on these two one-ounce pure silver 2018-dated coins. The 30th anniversary of one of the world’s most sought-after bullion offerings is thoroughly celebrated with this two-coin collector set. These two coins honour the 30 years of history through its enhanced recreation of the silver maple leaf bullion coin. 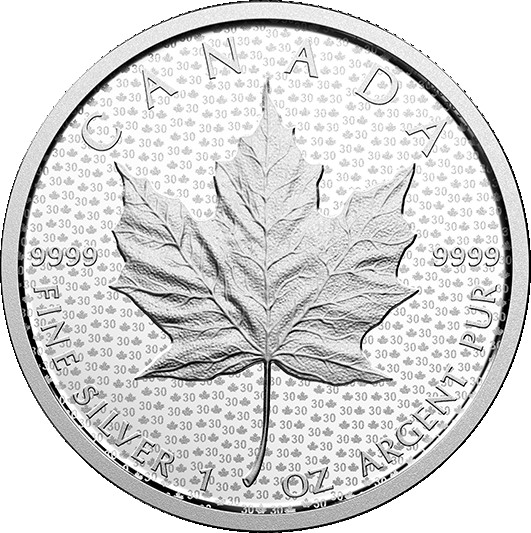 The reverse designs feature the now-iconic image of a single maple leaf, whose superb shine and intricately etched details have remained unchanged since the silver maple leaf’s debut in 1988. Each coin is enhanced with a laser-engraved pattern which fills the field on the reverse and obverse. The repeating pattern of the maple leaf in micro-size with the number 30 is a visually unique way of commemorating this special anniversary. The laser-engraved pattern diffracts light, creating a wondrous hologram-like effect that adds a luminous quality to the design. This background pattern echoes one of the silver maple leaf’s security features, and its unique way of diffracting light results in a hologram-like effect that adds to the beauty of this extraordinary design. Each of the two coins in the set are beautifully crafted in two different finishes, one in Modified Proof and one in Reverse Proof. 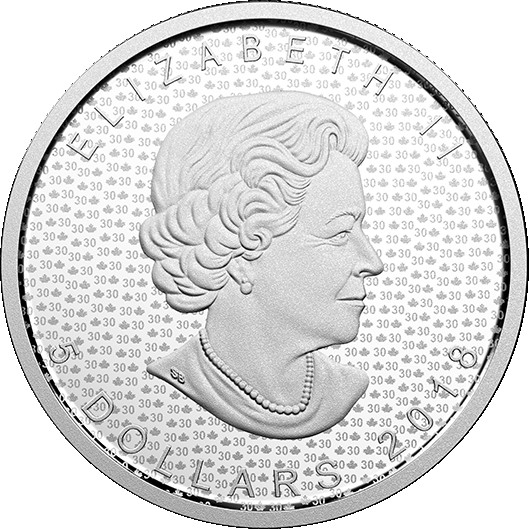 The obverse of each coin features the Susanna Blunt effigy of Her Majesty Queen Elizabeth II and was introduced on Canadian coinage in 2003. 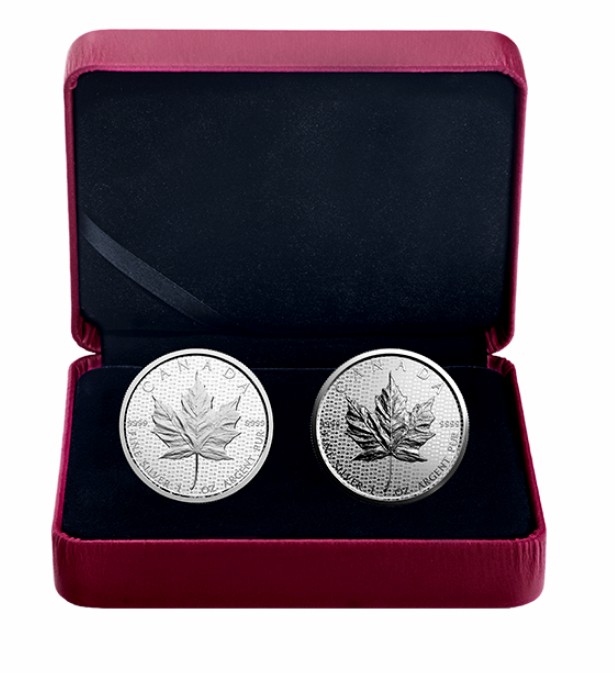 The two-coin set is presented in a custom case and includes a serialised certificate of authenticity. The set is currently available in both the Royal Canadian Mint’s Ottawa and Winnipeg retail outlets as well as online. For additional information on these coins and other products offered by the Royal Canadian Mint, please visit their website.