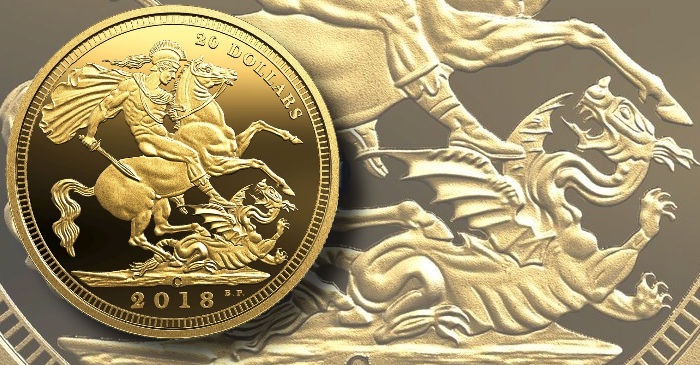 The Royal Canadian Mint has released new collector coins which take a look back to the year in which the Mint itself was launched as the official provider of circulation coins for Canada, which began with the minting of the iconic gold sovereign coin.

The British gold sovereign was one of the world’s most famous gold coins of the modern era and the flagship coin of the Royal Mint in the United Kingdom. And, for the first time in 1908, these sovereign coins were struck 110 years ago at what was an extension of the Royal Mint, located in Ottawa, Ontario, with the inclusion of a “C” mintmark that proudly denoted the country of production.

The gold sovereign was, in fact, key to the creation of a Canadian Mint since the Klondike gold rush, in particular, led to renewed calls for the creation of a Dominion mint that could profitably convert Canadian-mined metals into coins. Concerns about a low demand for Canadian coins and an idle mint prompted the suggestion that British sovereigns — a gold coin that was a widely accepted form of payment — could also be produced domestically. To do so, Canada’s mint would have to be established as a branch of the Royal Mint. Thus, on 2nd January 1908, the Ottawa branch of the Royal Mint was officially opened by the then Governor General Albert Henry George Grey, 4th Earl Grey, (1851–1917) who served as the ninth Governor General of Canada, along with his wife Lady Grey. The coins minted at the time included the effigy of HM King Edward VII (reigned 1901–1910) and shortly thereafter, Canadian coins denominated in dollars and cents would be produced at the same facility. The addition of a refinery that, today, produces some of the world’s purest gold coins, was also developed at the same time. Original plans for the Ottawa facility didn’t include a refinery since it was assumed that bullion would be purchased from private refiners. But no domestic refinery was capable of refining gold to exacting coinage standards, and, as a result of need, this new addition was completed in 1911.

The sovereign, during this time, was primarily used for exporting funds and redeeming banknotes. Although Canada produced a small number of sovereigns, none were issued in 1912 and 1915, with peak production having occurred in 1911 with the minting of 256,946 pieces.

The Ottawa branch negotiated its independence from the British Royal Mint In 1931, at which time the Ottawa Mint was renamed the Royal Canadian Mint and began reporting solely to the Department of Finance. 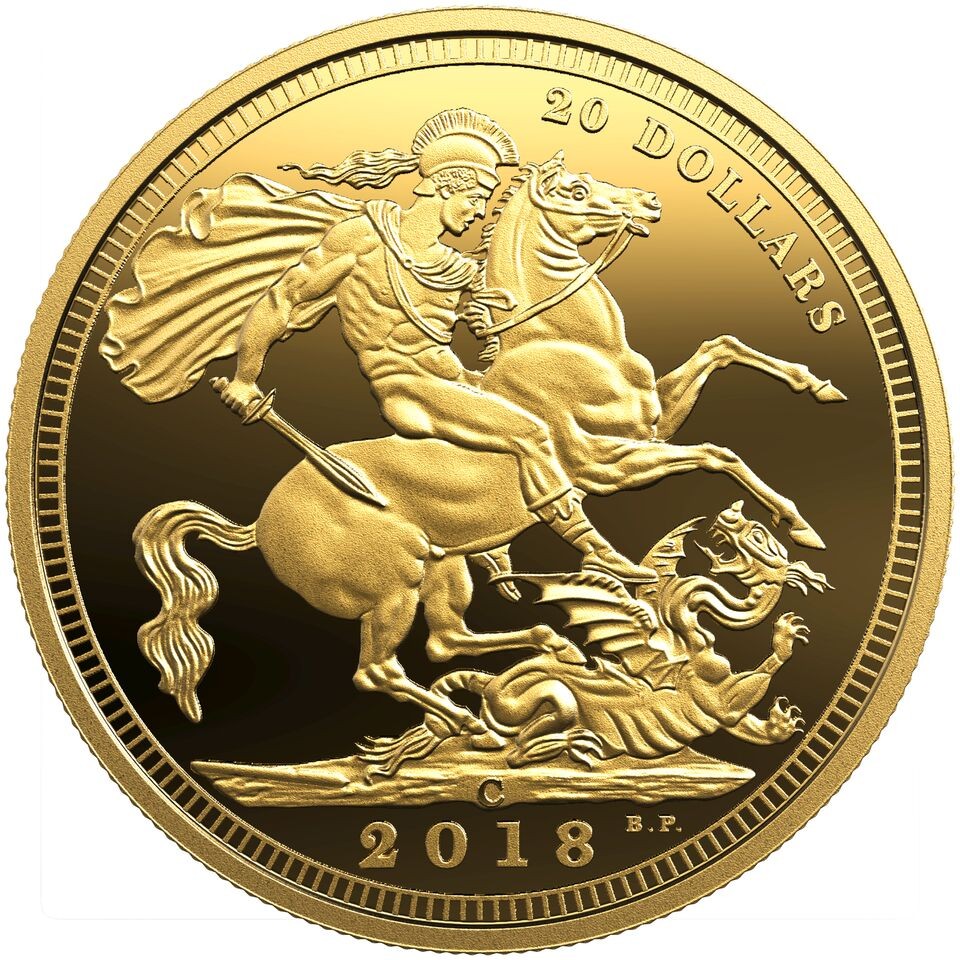 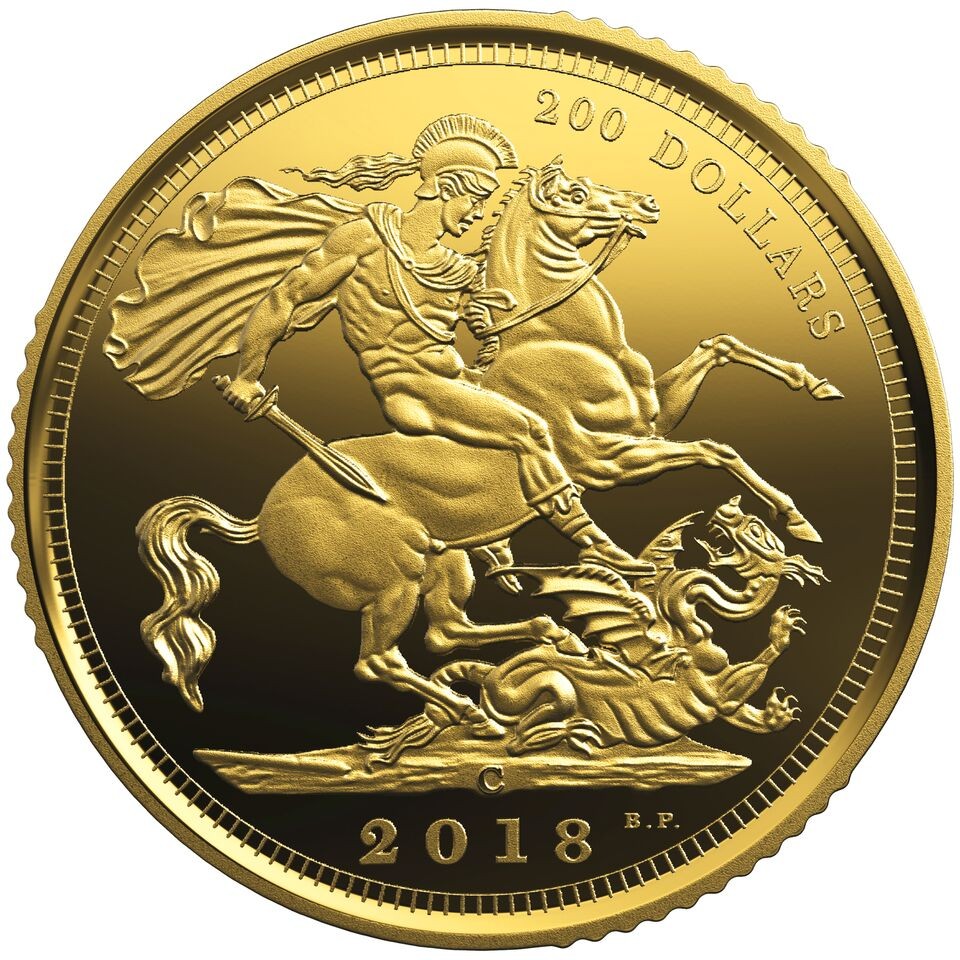 The reverse side of the coins of 20 and 200-dollars feature the definitive and much-admired artwork of Benedetto Pistrucci’s neoclassical-style design for the British gold sovereign, as it appeared on coins struck by the Ottawa branch of the Royal Mint in 1908. Saint George is shown on horseback, his left hand holding the reins while his right hand holds a sword. A dragon lies wounded at the horse’s feet. Above the amended date of 2018 is a “C” mintmark denoting the country of production (Canada). 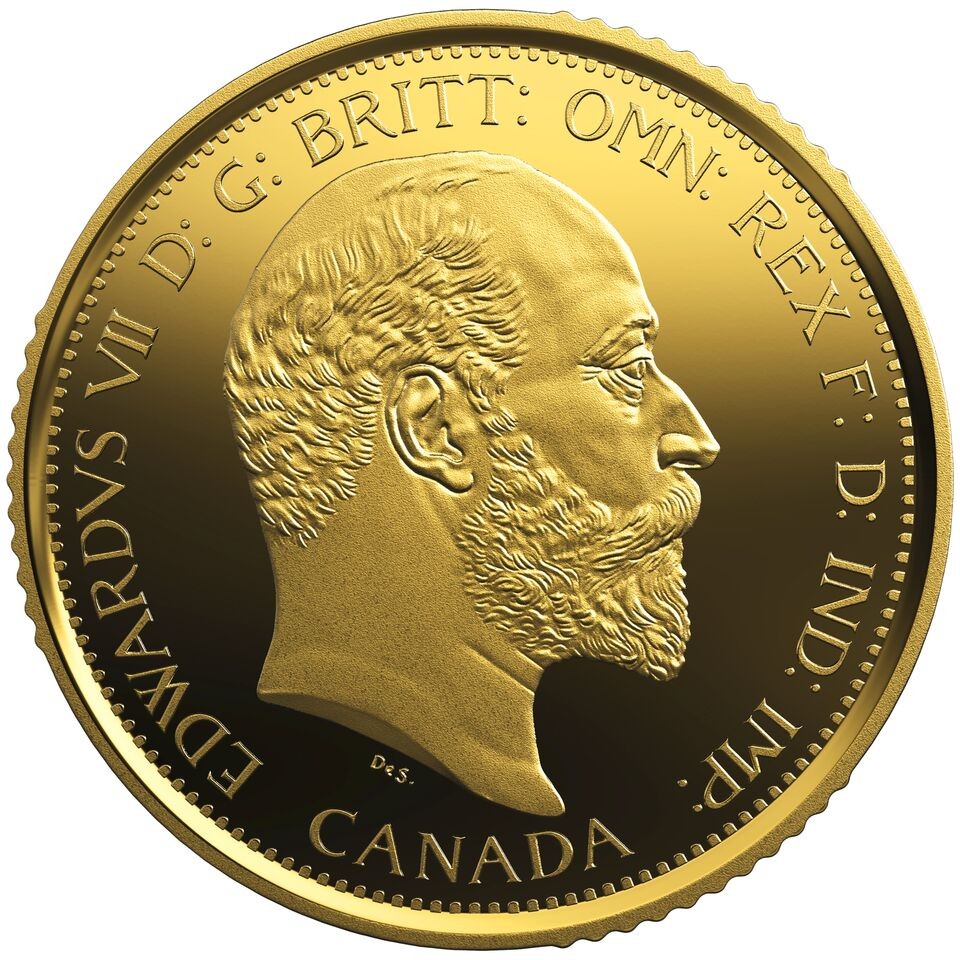 The obverse features the exceptionally engraved effigy of King Edward VII created by George W. DeSaulles, along with the original legend EDWARDVS VII D: G: BRITT: OMN: REX: F: D: IND: IMP: (Edward VII By The Grace of God, Of All the Britains, King, Defender of the Faith, and Emperor of India). Beneath the king’s portrait is the text CANADA. 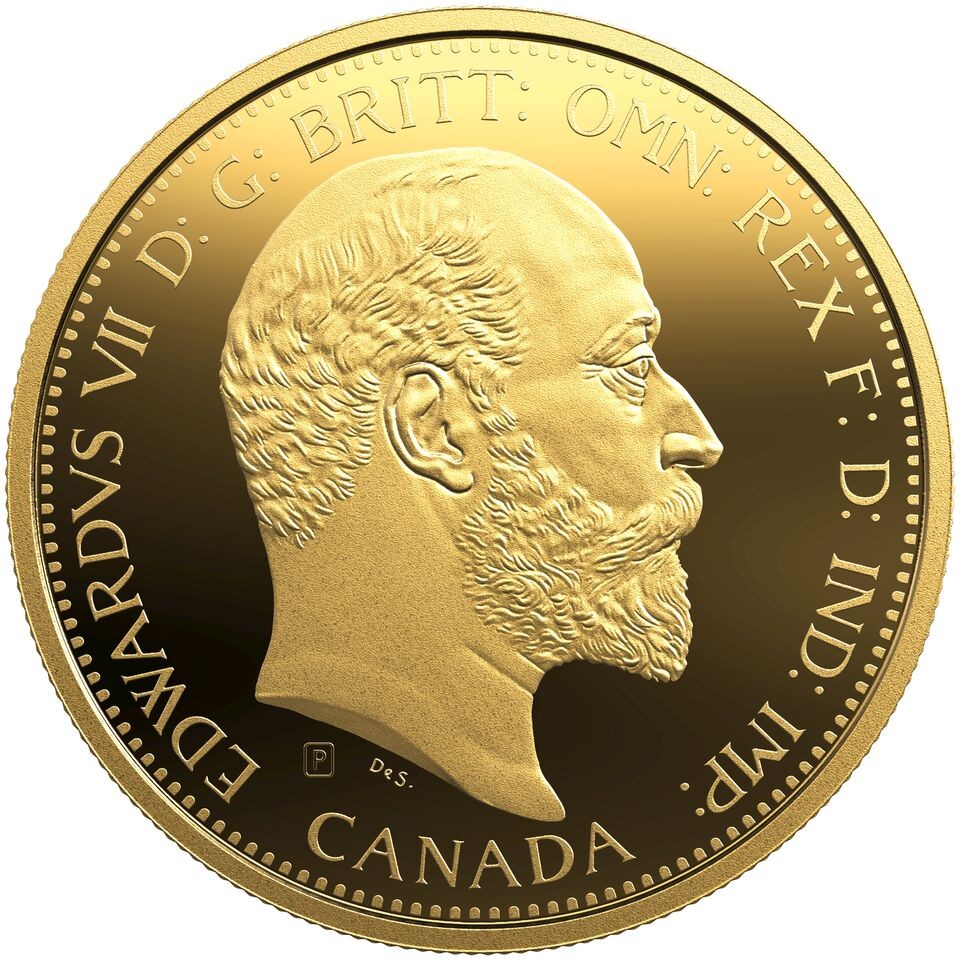 The silver Proof quality 20-dollar coins are gold-plated, which is denoted with the letter “P” placed below the King’s effigy, whereas the 200-dollar coins are minted in one ounce of pure gold and are a larger diameter than the original sovereign pieces. 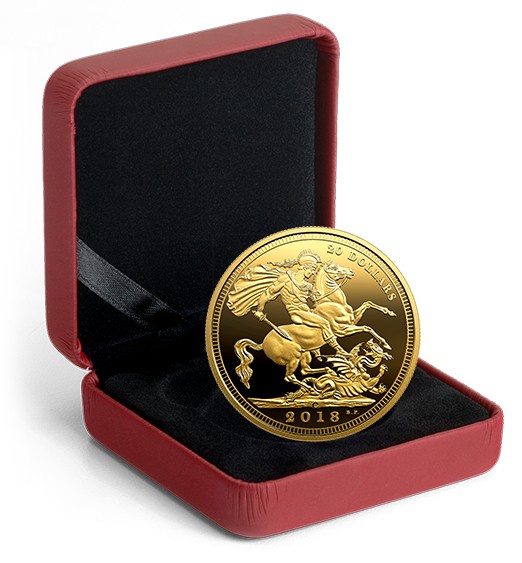 Each coin is individually encapsulated and presented in a custom Royal Canadian Mint-branded case and is accompanied by a certificate of authenticity. For additional information about these coins and others available from the Royal Canadian Mint, please visit their website.