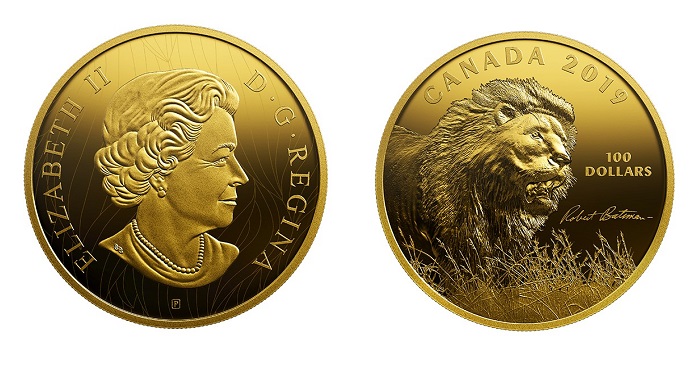 A symbol of majesty and power, the lion is a motif usually seen on coins or banknotes issued from many African countries that are well-known for their game reserves. On this occasion, the lion makes its Canadian debut on a pure silver coin that re-creates an engraved rendering of an original painting by world-renowned wildlife artist Robert Bateman. Robert Bateman is known internationally for his vivid depictions of animals in their natural habitats. Bateman is an advocate of wildlife education through learning initiatives, including those carried out by the Robert Bateman Foundation.

Chosen for this first is the Panthera leo, commonly referred to as the lion, and is mostly found south of the Sahara. Loss of habitat is the greatest threat to lion survival, and the species is currently classified as vulnerable. A lone male lion is not a successful hunter, as lions are, by habit and instinct, communal and cooperative. Hunting involves strategy and teamwork and moreover, the team, or pride, is mostly made up of lionesses. While males are more imposing and strength-oriented, they are not usually as quick and collaborative as the lionesses. The male role in lion society is to defend territory against rival lions and other predators such as leopards and hyenas.

Depicted on this particular coin, Bateman has captured an individual lion who is essentially surveying his kingdom. As Bateman has described his subject:

This big fellow is in his prime or perhaps just past it. Maybe he has lost his pride to a younger male. As he steps out into the sunlight of the rapidly warming morning, he is still confident and king of all that he surveys. It is perhaps lucky that he cannot foretell the future. 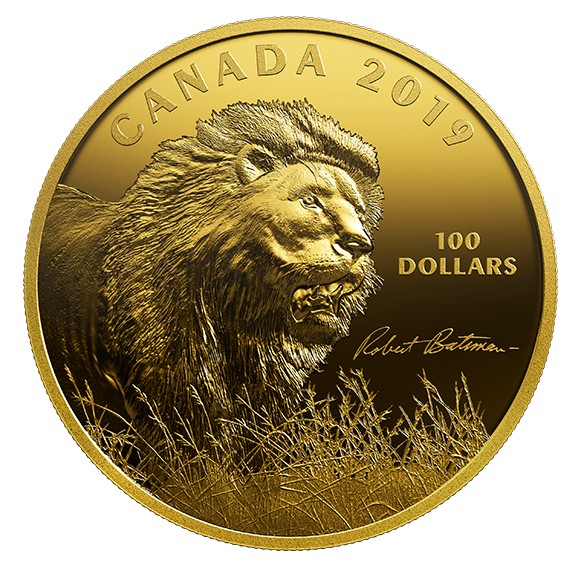 The reverse depicts this magnificent lion. Above the depiction is the text CANADA 2019 with the denomination of 100 DOLLARS placed to the right of the portrait. Below the denomination is a facsimile of the artist’s signature which is found on his original paintings. 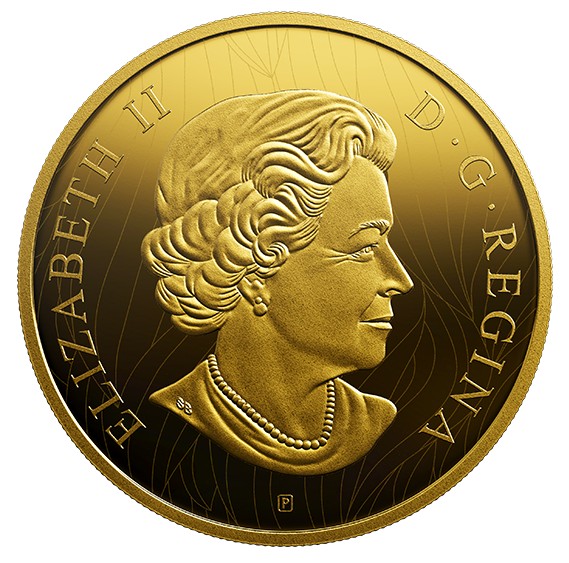 The obverse features the effigy of Her Majesty Queen Elizabeth II designed by Canadian artist Susanna Blunt and has been seen on all circulation and many commemorative coins since 2003. A framed letter “P” is placed below the Queen’s portrait to denote its gold-plating application. 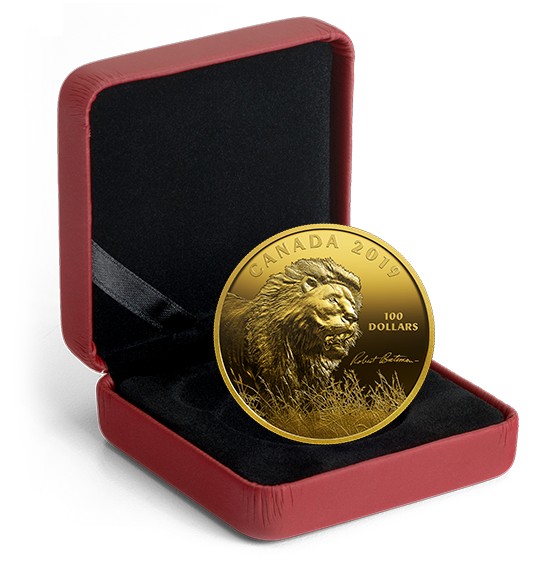 Each coin is accompanied by a special insert that features a printed reproduction of the original painting, along with the artist’s description of his work and his signature. For additional information about this coin and others from the Royal Canadian Mint, please visit their website.