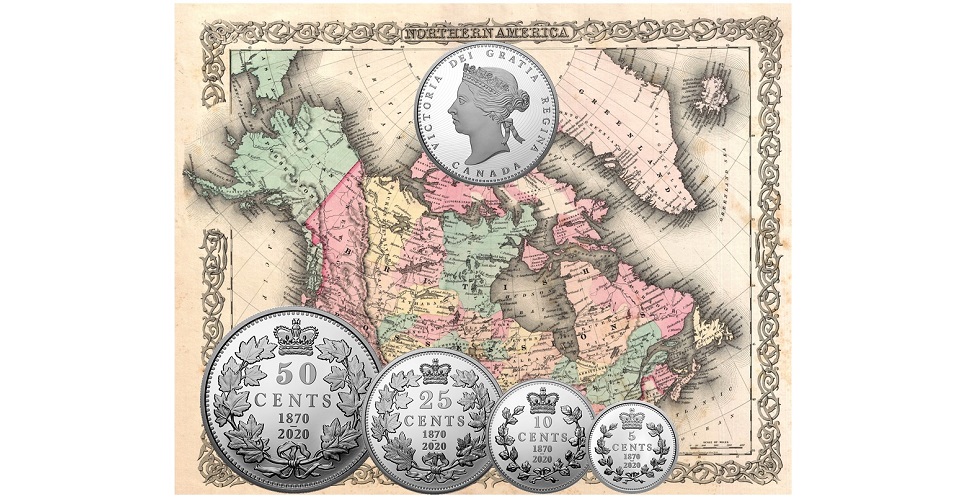 The Royal Canadian Mint has released new four-coin silver Proof sets which are in remembrance of the 150th anniversary of Canada’s first national coinage issued after Confederation. This year marks 150 years since Canada’s first national coins issued in 1870, three years after Confederation, and which included four denominations of five, 10, 25, and 50 cents. Although there was previously coinage circulating with the denotation of CANADA, these coins circulated in what was then known as the Province of Canada, a British colony in North America from 1841 to 1867 and which is today Ontario and Quebec.

The master tooling for the 1858 Province of Canada coins was re-purposed for the Dominion’s new five and 10-cent silver coins. However, the 25 and 50-cent coins were new denominations for Canada, and they required new tooling. Both coins featured a similar reverse design as the five and 10-cent coins, but the obverse introduced a new effigy of the Queen of Canada — Britain’s Queen Victoria, who was portrayed wearing a diadem and designed by Leonard C. Wyon, chief engraver at the Royal Mint. Leonard C. Wyon’s earlier “laureate” effigy of Queen Victoria seen on both the five and 10-cent provincial coins was inspired by the “Young Head” effigy seen on British and colonial coinage from 1838 to 1895 which was designed by William Wyon, Chief Engraver at The Royal Mint and who was the father of Leonard C. Wyon. 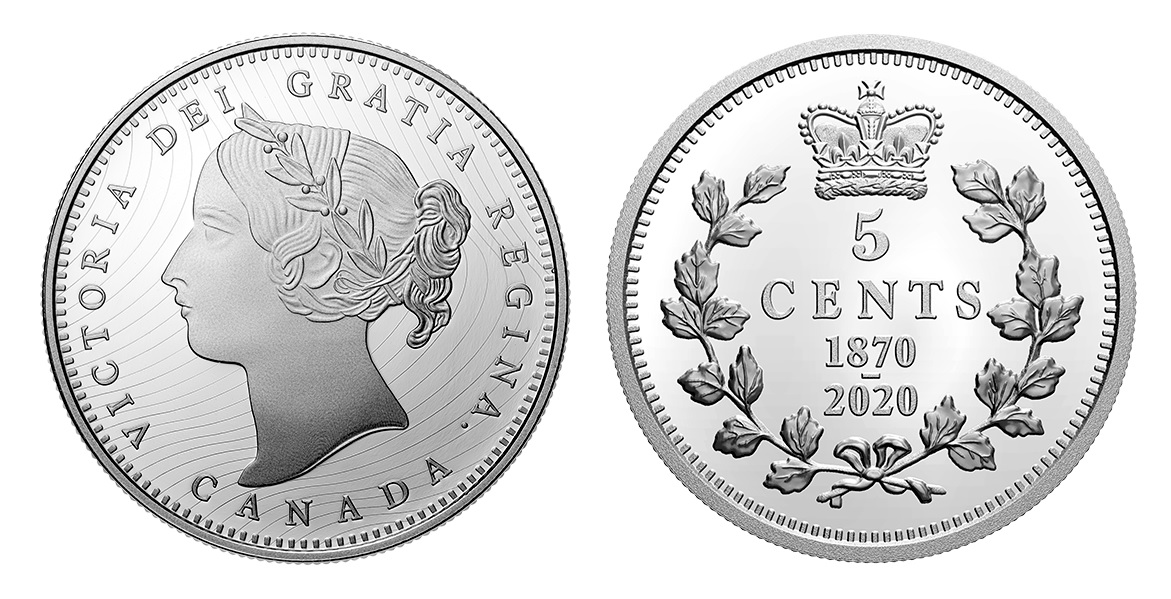 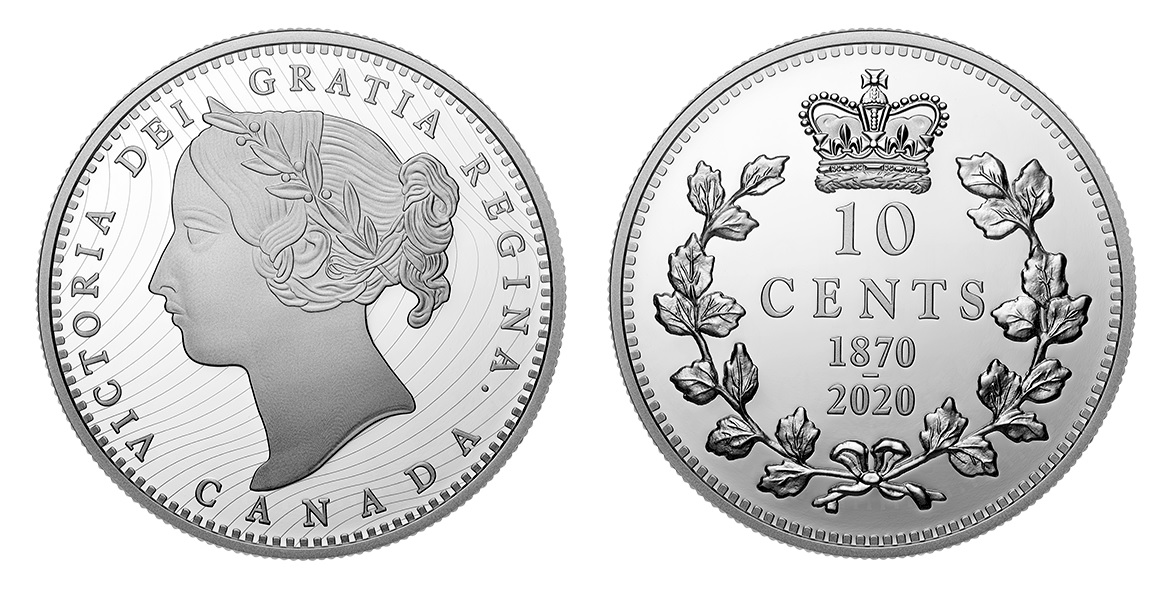 In 1870, Canada’s five-cent coin was half the size as the silver 10-cent coin which is still in use today and unchanged with its diameter of 18.03 millimetres. The five-cent denomination was later issued as a larger coin struck in nickel from 1920. All of Canada’s coins were struck at the Royal Mint in London, and it would not be for another 38 years before Canada’s coinage would be produced in their own purpose-built facility, which is the Royal Canadian Mint, inaugurated in January 1908. 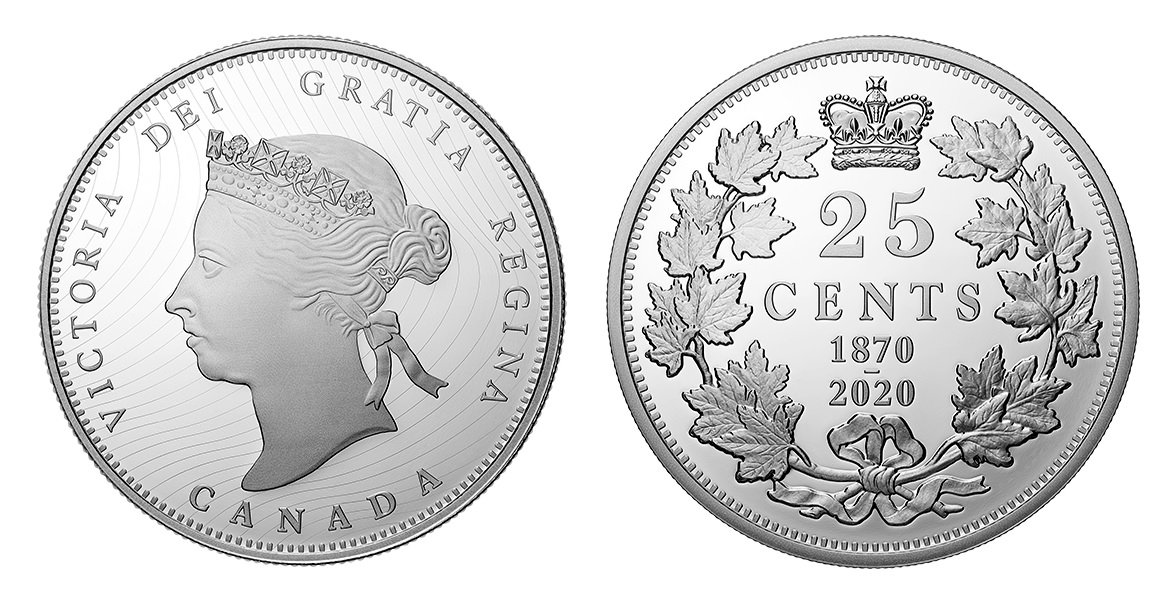 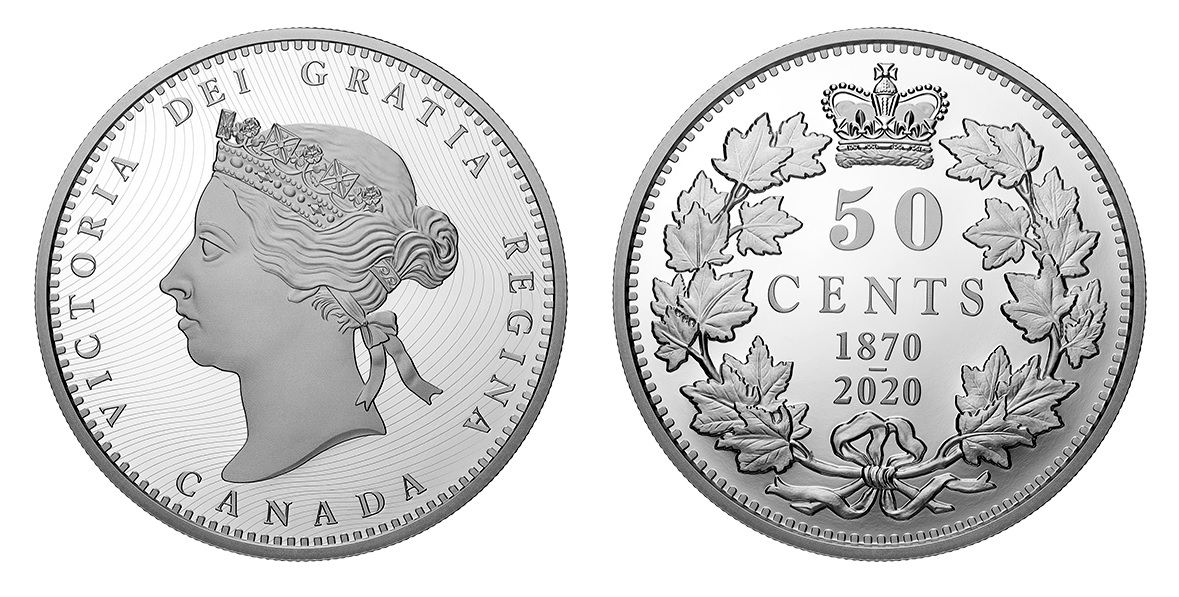 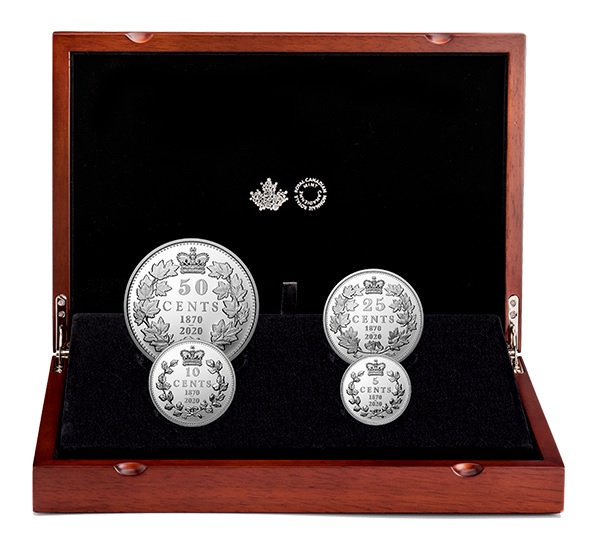 The set of four Proof quality replica coins are encapsulated and presented in a hardwood case accompanied by a certificate of authenticity. For additional information about this set, please visit the website of the Royal Canadian Mint.