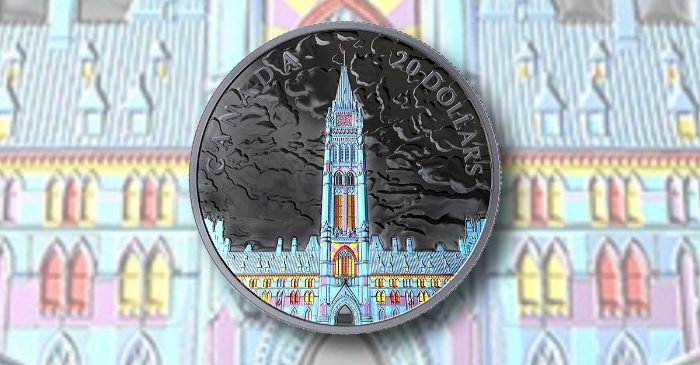 The Royal Canadian Mint has launched (6th August) new silver Proof-quality coins which incorporate new technology that reveals a surprising addition to the coin’s reverse design: The Northern Lights show on Parliament Hill. With impressive technology, a total of 17 separate projectors work together to form a single image on the front façade of Centre Block, creating a high-definition visual and sound experience which turns Parliament Hill into a screen of over 143 meters (470 feet) long and 30 stories high. The lighting effects are accompanied by an original score, a narration, and sound effects. These sounds are echoed throughout the front lawn of Parliament Hill using an audio system custom-built for the show. The elaborate soundtrack is mixed using a 7.1 surround sound system, which is then played through the 18 speakers set up in 8 different locations around the site.

Aside from lights and sound, there is also a video component to the spectacle, requiring very specialised software and a robust control system. The image projected on the Centre Block is made up of 35 million pixels. By contrast, a high definition television screen can only display just over two million pixels at a time. Over one million visitors have seen the new show since its inception in 2015. 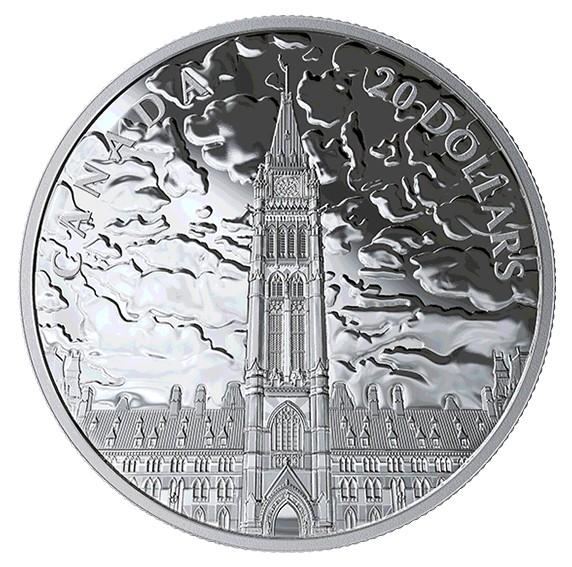 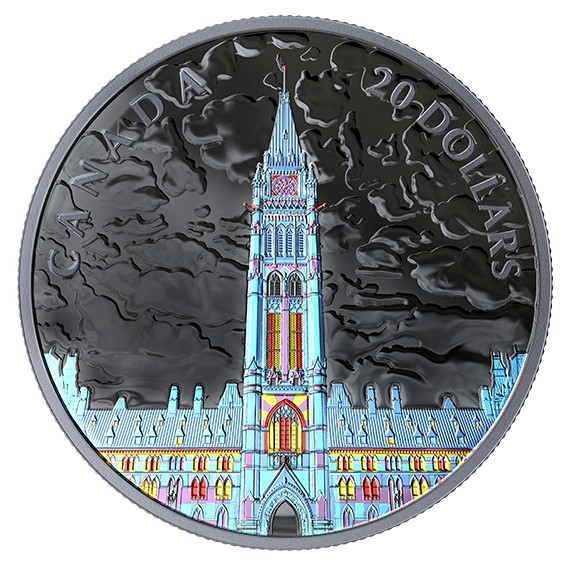 The coin’s design is based on a photograph by Matt Eggink of Parliament Hill’s Peace Tower. Combined with unique colour reveal technology, a Royal Canadian Mint first, the Peace Tower glows with Northern Lights in the dark when using a black light. The coin’s colours are based on the projections on the Peace Tower in the final section of the Northern Lights show. Above the tower and to the left is the text CANADA, and to the right is the denomination of 20 DOLLARS. 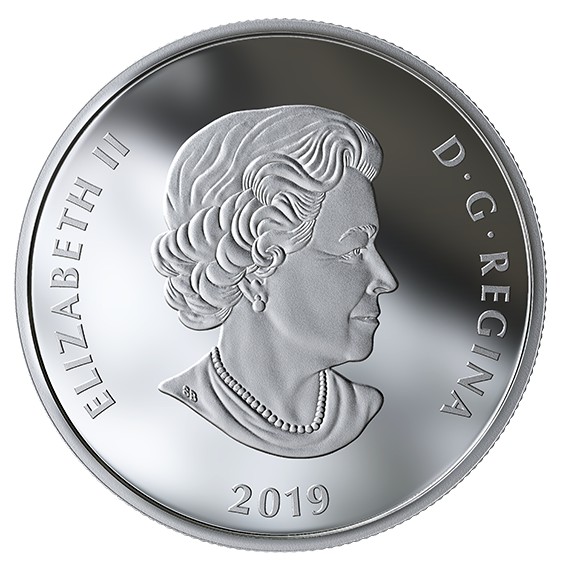 The obverse side features an effigy of Her Majesty Queen Elizabeth II created by Susanna Blunt. The year of issue, 2019, is placed below the Queen’s likeness.

Each coin is individually encapsulated and presented separately in a Royal Canadian Mint-branded maroon collector’s case. As many of the coins have already been sold, the RCM suggests orders be placed soon to avoid disappointment. For additional information about this coin and others available from the Royal Canadian Mint, please visit their website.