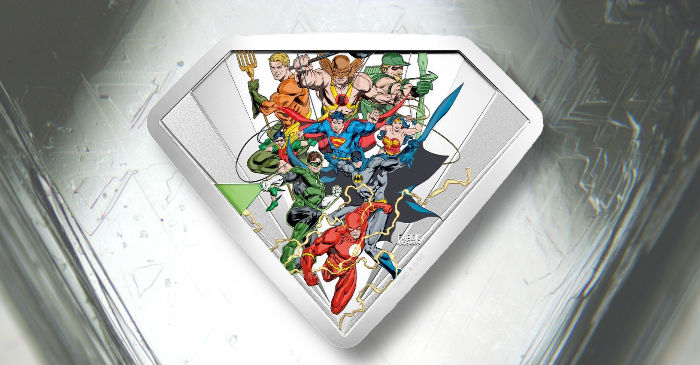 The Royal Canadian Mint has launched new collector coins which are in tribute to the comic industry’s most known and loved storylines, the Justice League. Those who make up the super crime-fighting group include: Superman, Batman, Aquaman, Wonder Woman, the Green Lantern, the Flash, and more. The League is portrayed in the same way many fans remember them — as they appeared in the pages of comic books published in the 1970s to mid-1980s. It was during this era that the Green Arrow (Oliver Queen) lost his fortune and teamed up with the Green Lantern for an unusual cross-country adventure, which brought them face-to-face with the social issues of the 1970s.

These Golden Age characters were revitalized in the Silver Age when they rode a wave of mainstream success, especially with their popularity on hit TV shows. But in the Bronze Age of DC Comics, they were confronted with the realities of the world and they suddenly seemed more human to us than ever before — and this was the era in which comic books essentially grew up. The Bronze Age was said to have introduced viewers to the multi-issue story arcs that have become the standard in today’s comic books. Hawkman and Hawkgirl didn’t have their own comic book title during the Bronze Age but made their presence known in their many team-ups and as vocal members of the Justice League.

Shaped like Superman’s S-shield, the latest superhero mega-coin is a special Bronze Age retrospective, with all-new art by the Canadian all-star team of DC Comics artist Jason Fabok and colourist Brad Anderson. The latest showpiece and tribute to the world of all superheroes is a treat for the fans from start to finish. 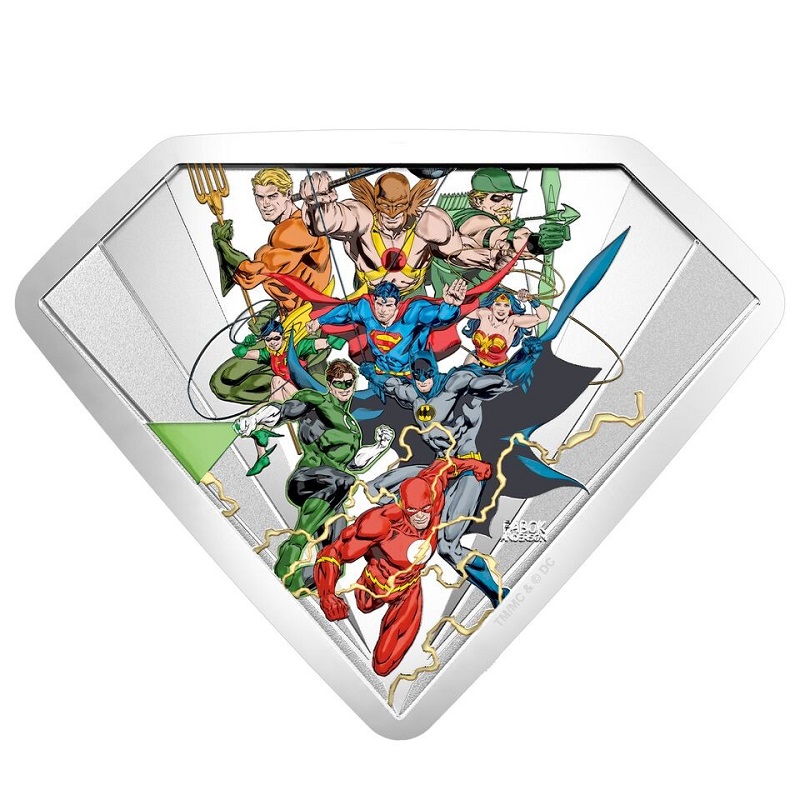 The latest coin takes a special look back at the Justice League from the Bronze Age of DC Comics, using modern-day artistry to breathe new life into the classic art style. The coin is a tribute to the past and features an original concept by Canadian comic book artist Jason Fabok, with colours by Brad Anderson. Within the confines of this large 10-ounce silver Proof quality S-shield-shaped coin, the members of the Justice League seem poised to make the leap from their Bronze Age adventures to the modern era. From left to right, the colourful all-star team-up includes Aquaman, Hawkman, Green Arrow, Robin (aka Dick Grayson), Superman, Wonder Woman, Green Lantern (Hal Jordan), Batman, and finally, the Flash (Barry Allen) — who leads the pack with his lightning-fast speed. 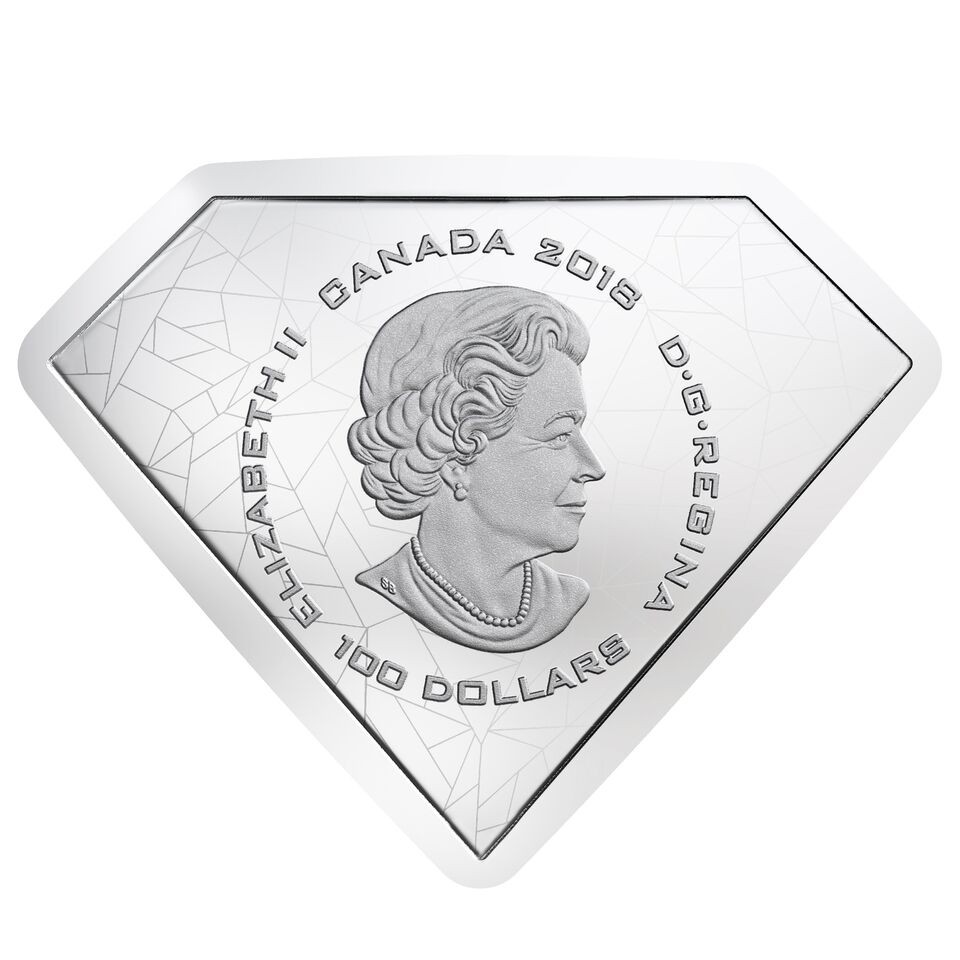 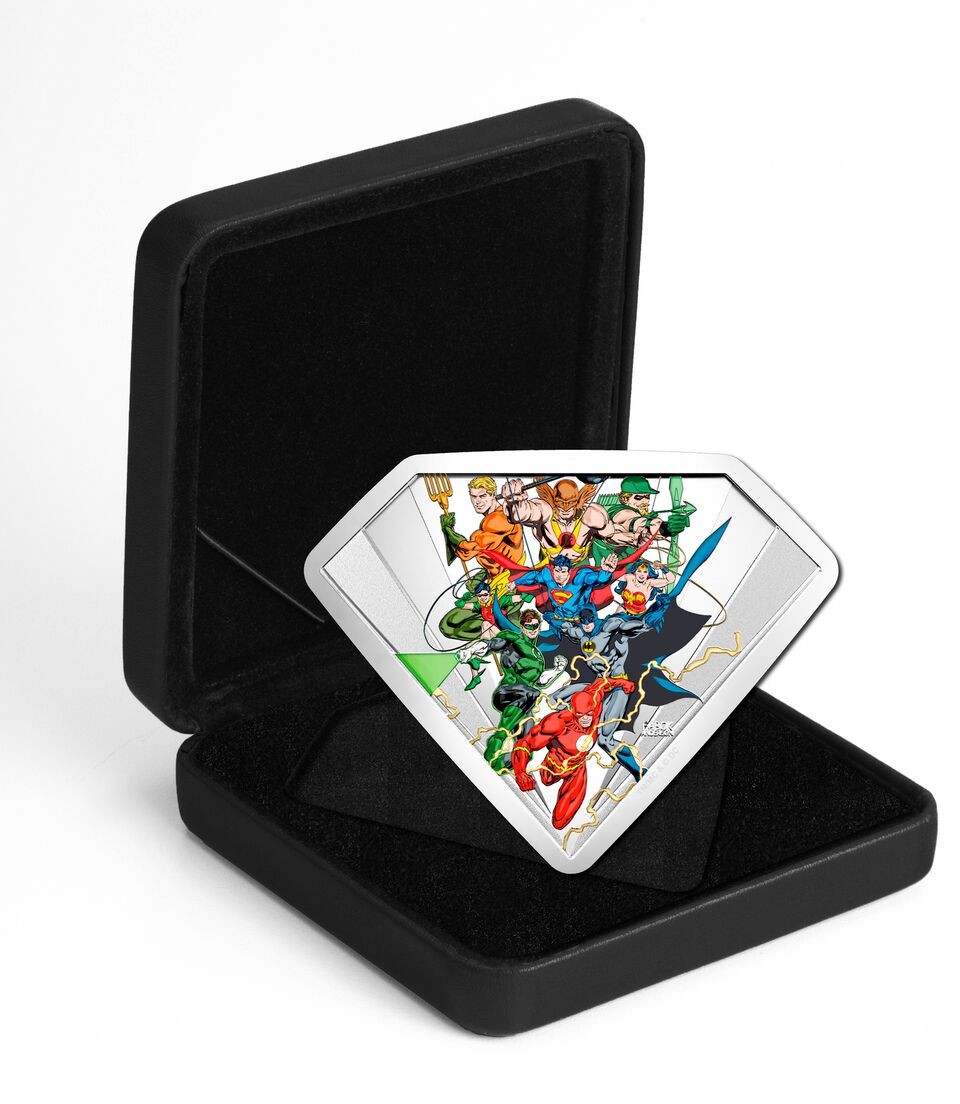 The coin is specially encapsulated to accommodate the coin’s unusual shape and is presented in a custom-made, branded case which also includes a certificate of authenticity. For additional information about these and other coins available from the Royal Canadian Mint, please visit their website.