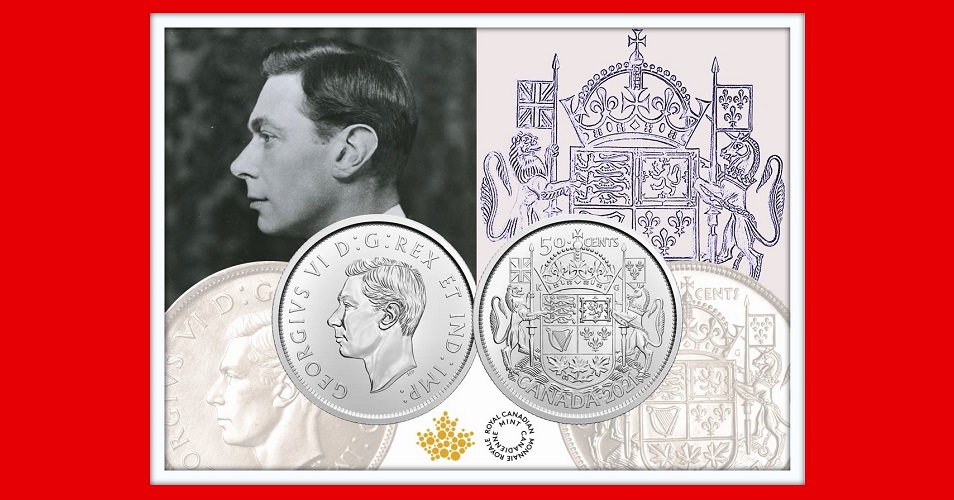 The Royal Canadian Mint has recreated the 1937 version 50-cent coins in honour of the country’s centenary anniversary of the granting of the coat of arms. It was the 50-cent denomination coin that was the first to carry Canada’s distinctive and stately coat of arms, which also coincided with the introduction of a new set of circulation coinage to usher in the reign of King George VI. The original coins were struck in 80 percent silver with a weight of 11.6 grams and a diameter of 29.7 millimetres. These coins depicted the Canadian crest, which was the first time it was seen on national coinage. The crest was included on the reverse side and was designed by famed British artist George Krueger-Grey (1880–1943). Centred was the 1923 version of the coat of arms with the coin’s denomination of 50 CENTS placed above the design, which offered a simple, sleek rendition of the heraldic insignia that had represented the North American country for just 16 years at the time. On the obverse, a detailed and true-to-life effigy of Canada’s new King, George VI, created by noted English artist Thomas Humphrey Paget (1893–1974), and saw His Majesty facing to the left. In its first year of production, just a little over 192,000 coins were minted; the next year saw a similar number of coins. The coin, as it was originally introduced, remained in production until 1948 when the King’s legend was revised to reflect that he was no longer Emperor of India. The coin underwent a third revision when Princess Elizabeth succeeded her father as monarch in 1952 and her effigy as Queen of Canada was introduced the next year. The Krueger-Grey design was retired in 1958 when a new design of the coat of arms was introduced the year previously.

The Royal Canadian Mint also chose to revise the design seen on 50-cent coins when a more ornate and intricately detailed rendition of the crest was introduced. This design was retained until 1994 when a fourth revised crest was adopted by Canada. It is this design that eventually made its way onto Canadian 50-cent coins in 1997 and has remained unchanged since.

The 2021-dated coins are faithful replicas of the first coins issued in 1937, as they depict George Krueger-Grey’s design of the 1923 version of Canada’s coat of arms. Above the crest is the coins’ denomination 50 CENTS, and CANADA 2021 is seen just under.

The obverse also adheres to the original coins as the effigy of King George VI created by Humphrey Padget, and which appeared on the first coins, is included on these contemporary strikes. As with the King’s legend from his accession as king in 1936 until 1947, the denotation of IND : IMP : (Emperor of India) is shown around the king’s likeness. 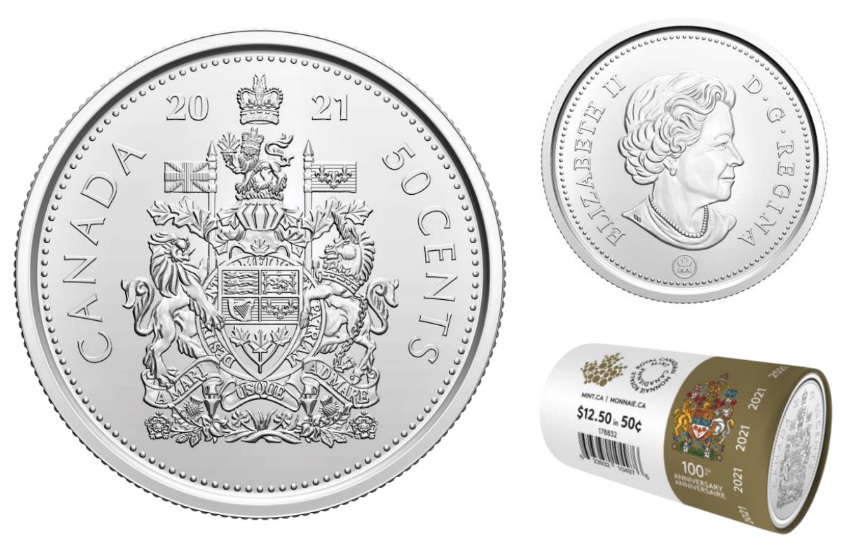 The new 50-cent coins are not available individually or as part of a set. These limited-edition 50-cent coins are only available as a special wrap roll of 25 coins per roll. In honour of the 100th anniversary of the original Arms of Canada, this limited-edition special wrap roll from the Royal Canadian Mint looks back on the heraldic emblem’s coin debut. Each roll contains 25 modern reproductions of the first coin to feature Canada’s coat of arms, the 50-cent circulation coin issued in 1937, and can be ordered here. 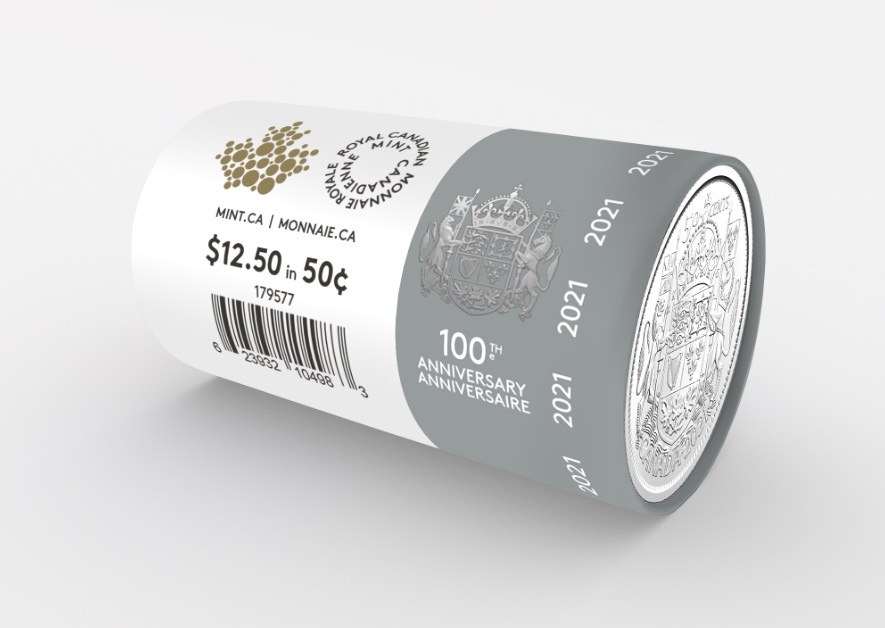 For a complete collection of Canadian 50-cent coins issued in 2021, it can be paired with the annual 50-cent special wrap circulation roll. Additional information about these coins and others from the Royal Canadian Mint can be found on their website.