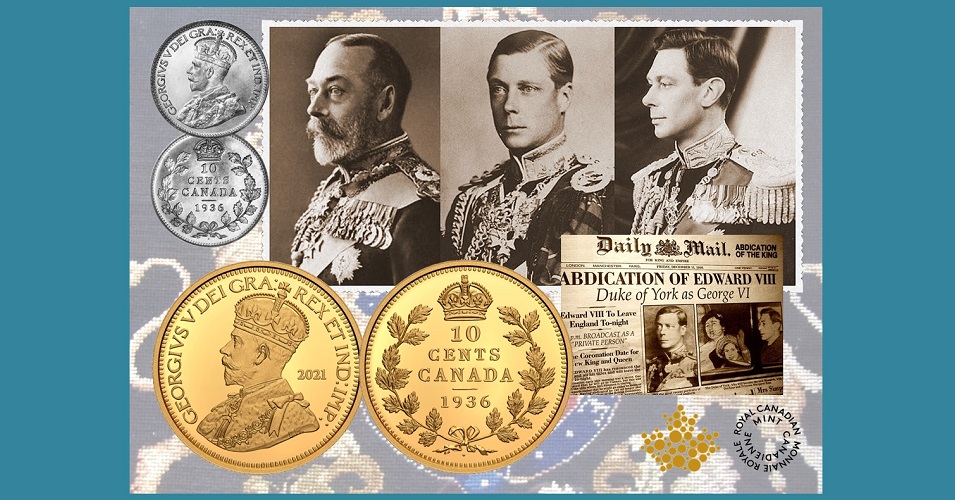 The Royal Canadian Mint has released a new one-ounce Proof-quality gold coin, which highlights one of the country’s rarest coins minted — the 1936 dot 10-cents coin. Its existence is actually linked to one of the world’s most extraordinary love stories and which culminated with the loss of a kingdom. The year was 1936 and in January of that year, King George V had died peacefully at his country home of Sandringham. He had only months earlier celebrated his Silver Jubilee, 25 years on the throne, and the outpouring of affection of the British people as well as those around the Empire had touched him deeply. After the death of George V, his son and successor, the Prince of Wales, known to his family and friends as “David,” had ascended the British throne as King Edward VIII. However, after a reign of only 10 months, the Empire was notified the King had abdicated in December the same year of his accession in order to marry a woman the government and church deemed unsuitable to be Queen.

The crisis also caused a delay in the production of coinage in countries where the effigy of the British King was present. Preparations began on a new obverse in time for coins dated 1937, which would feature the effigy of King Edward VIII. The Royal Canadian Mint added a raised dot on the reverse side just under where the branches of maple leaves meet to differentiate those coins produced in 1937. How was the raised dot created? A simple punch was used to add a tiny circle to the reverse die.

As a result, a total of 191,237 10-cent coins were produced in early 1937, all bearing the effigy of King George V on the obverse and the “1936” date. It is believed that few, if any, of these specimen strikes actually circulated as most of them were melted down. A new series of Canadian coinage which saw a significant change to both the obverse and reverse designs were placed into circulation towards the end of 1937 after the arrival of dies depicting the effigy of the King from the Royal Mint in the United Kingdom. 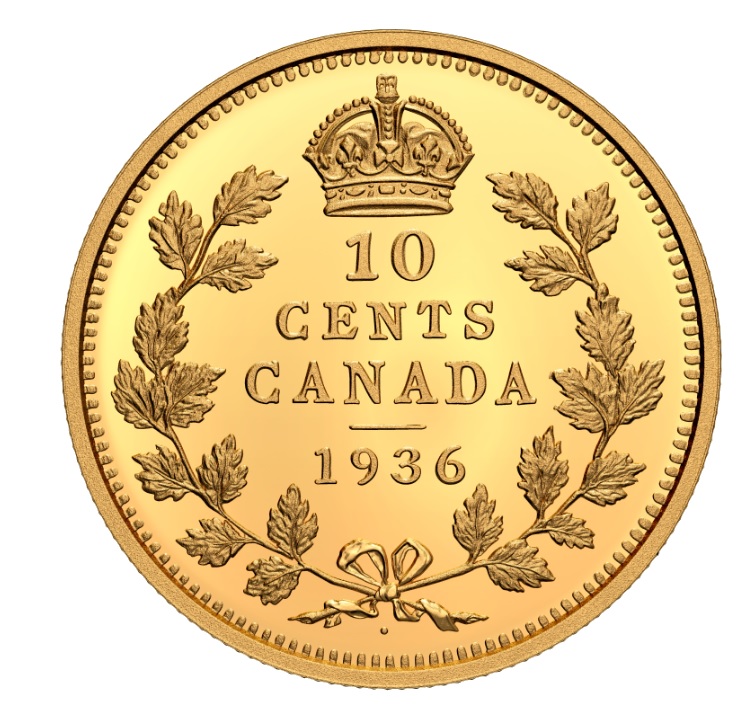 The gold coins are recreated as close to their original design, its reverse featuring the crossed maple boughs designed by W. H. J. Blakemore and bearing the original 1936 date. A dot beneath the bow is the identifying mark of coins produced with obsolete designs in early 1937 during the transition to the reign of King George VI. 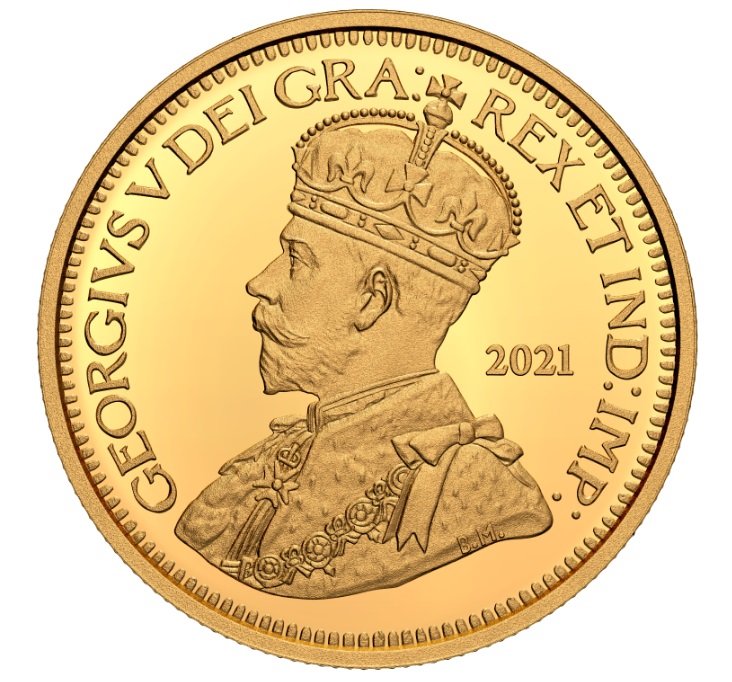 The obverse features the year of issue, 2021, and the historic effigy of King George V seen on Canadian coinage from 1911 to 1936, and was created by Sir E. B. Mackennal. 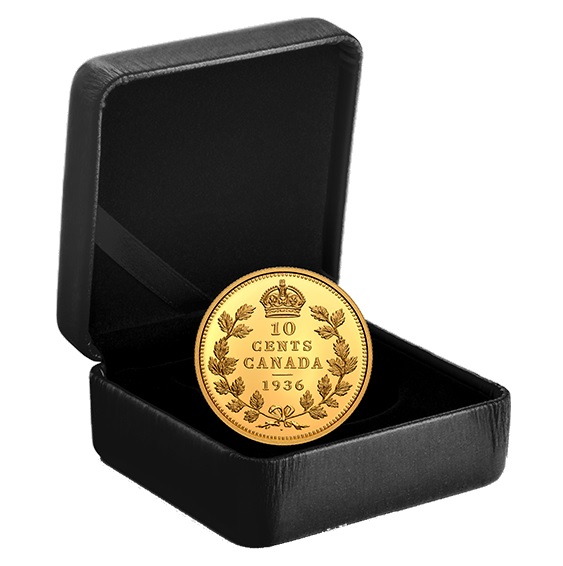 Each coin is encapsulated and presented in a Royal Canadian Mint-branded custom case, accompanied by a numbered certificate of authenticity. For more information about this coin, please visit their website.