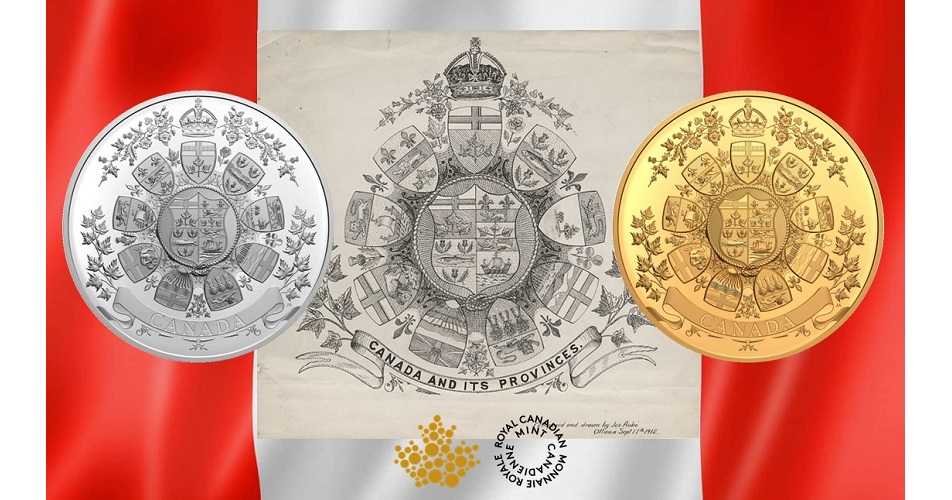 The Royal Canadian Mint has released new one-kilo gold and silver Proof coins that remember the centenary anniversary of the granting and implementation of the official Canadian coat of arms. It was 100 years ago, on the 21st November 1921, that Canada was assigned its most distinguished emblem, of which few symbols or icons carry as much historical and symbolic weight as the armorial bearings, for even on its centennial, Canada’s coat of arms remains a timeless symbol of sovereignty and tradition. It inspires pride by reminding Canadians and the world of the country’s national identity and history wherever the emblem appears, from passports to proclamations, and, of course, on Canadian banknotes and coins.

Prior to Confederation in 1867, the Royal Arms of the United Kingdom served in Canada as the symbol of royal authority. The year after Confederation, individual arms were granted by Royal Warrant on the 26th May 1868 to Ontario, Quebec, New Brunswick, and, once again — Nova Scotia — now, as a province of the Dominion of Canada. It wasn’t until 1929 that the historic arms granted back in 1625 were reinstated. 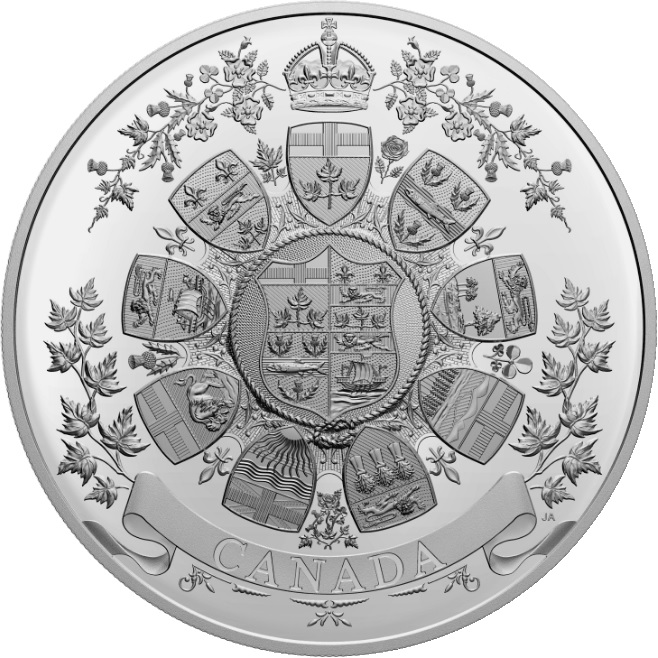 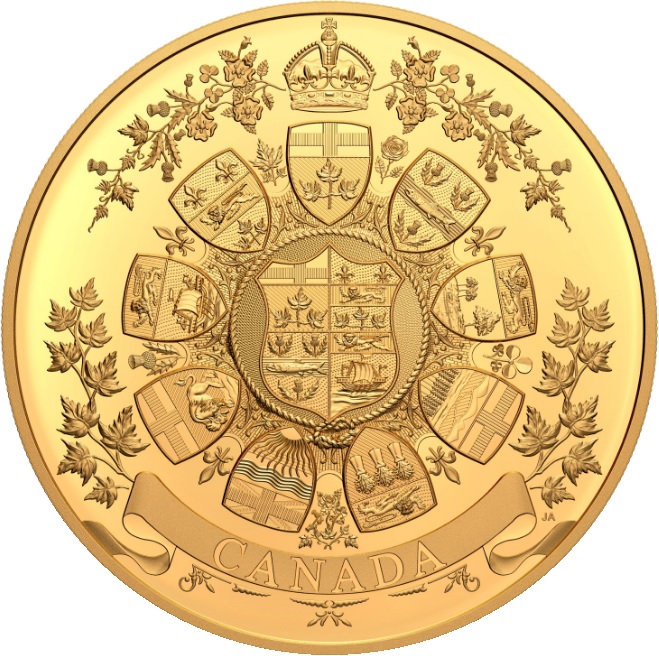 The reverse side of these mega-coins is inspired by a beautiful pen and ink drawing obtained from the Library and Archives Canada Collection of Canadian Heraldic Emblems created by Joseph Aubé in 1912. Painstakingly recreated, the heraldry-themed artistic snapshot is of an era of a Canada before its coming of age. Intricately engraved, this reverse design is a spectacular original version of a hand-drawn concept of nine quarters with every line and flourish of the original design, including the emblems of Canada, France, and the United Kingdom, which have been carefully studied, adapted, and replicated. Surrounding the main crest are those of the nine individual crests representing the nine provinces and territories of the Dominion of Canada in 1912. 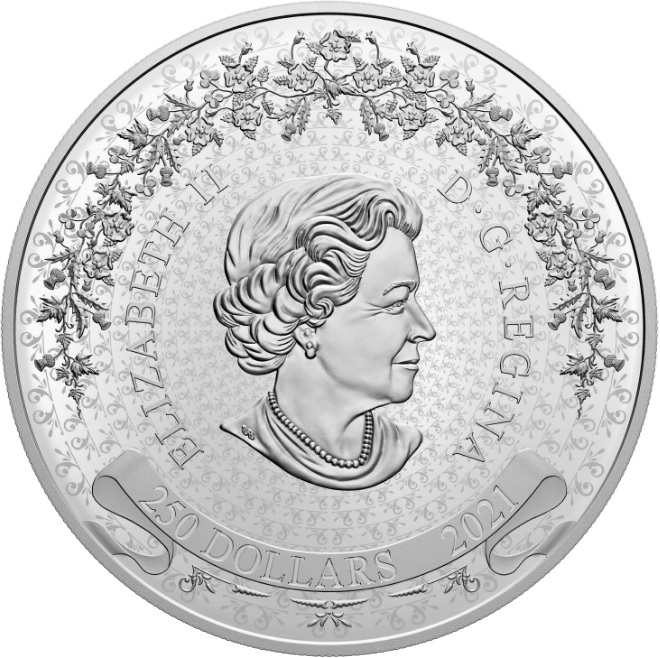 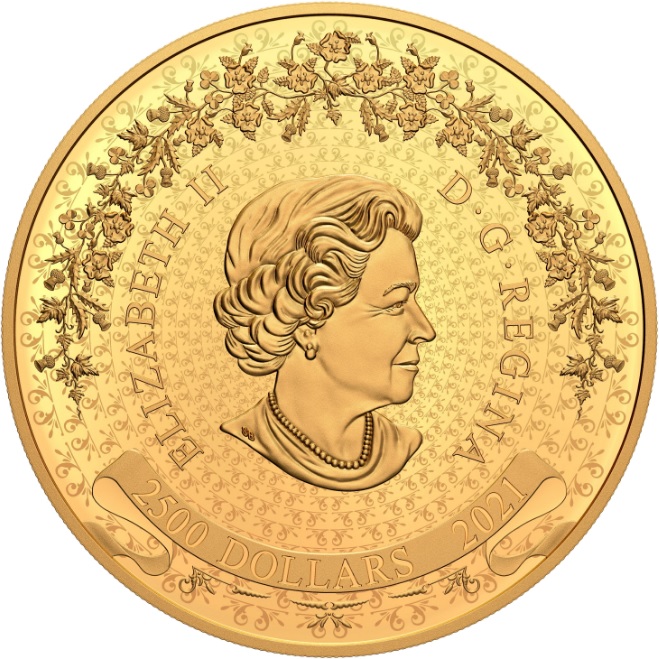 The obverse side depicts HM Queen Elizabeth II’s effigy created by Susanna Blunt and included on all Canadian circulation and most commemorative coins since 2003. Below the Queen’s likeness is the denomination of 2500 DOLLARS (gold) or 250 DOLLARS (silver). Above the primary design is a garland of flowers with roses, thistles, shamrocks, and maple leaves. 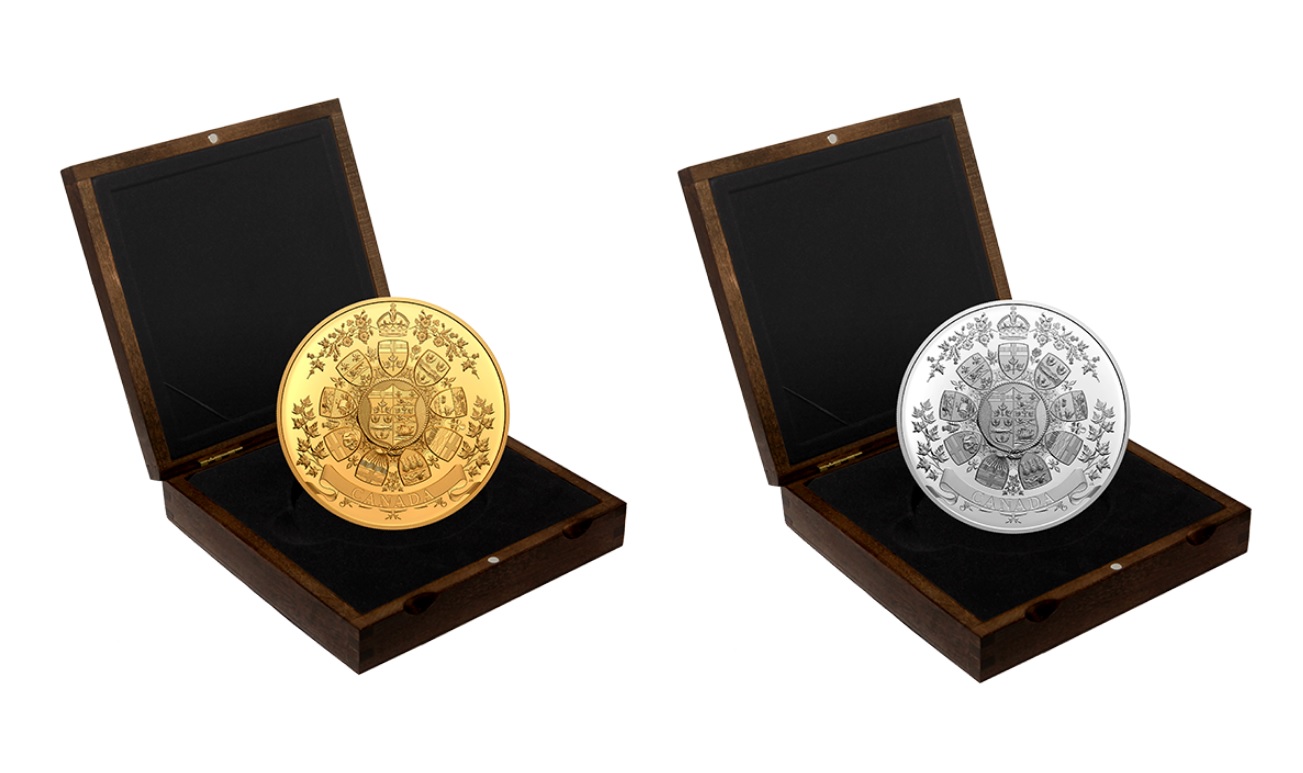 Each coin is carefully encapsulated to accommodate its large diameter and is presented in a polished hardwood custom-crafted case, accompanied by a certificate of authenticity. For additional information, please visit: