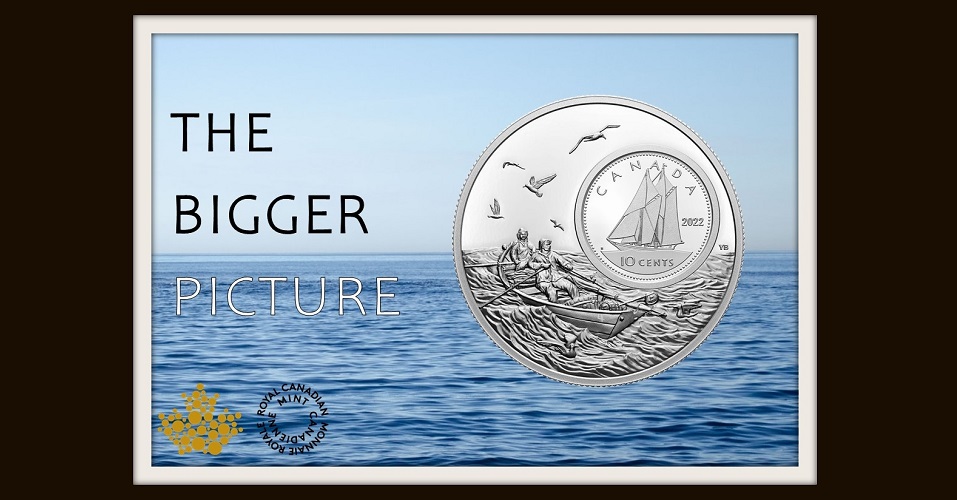 The Royal Canadian Mint has launched a new large silver Proof coin series which is a successor to their popular “Big Coin” series. The new programme entitled “The Bigger Picture” essentially focuses on Canada’s circulation coins. The design concept features “a coin within a coin” format with each circulation design being replicated on a larger five-ounce fine silver piece with a diameter of 65 millimetres that provides an extended canvas for the engraved-only art.

Canada’s circulation coins are a part of the everyday lives of Canadians but especially collectors all over the world who have come to know every design element and variation. The current series of reverse designs, the five to 50-cent coins, were introduced in 1937, in time for the coronation of HM King George VI, who reigned until 1952. A circulation-type $1 coin was released in 1987 and a bi-metallic $2 followed in 1996. The designs have become renowned as representations of Canadian culture and history with depictions of national crests, wildlife, arborol symbols, and Canadian design and construction. This was the case when the design for the 10-cent coins was under consideration. The triumphant Bluenose schooner was under consideration after it earned the 1921 International Fishermen’s Trophy for Canada in its first racing season and remained undefeated. It was this anniversary that was celebrated on commemorative Canadian coinage last year.

The Bluenose remained in the consciousness of Canada since its win in 1921 and when, in 1936, there was a suggestion that new reverse designs be included on circulation coinage for the new king’s coinage, a depiction of the Bluenose was included on the 10-cent coin. Designed by the German Canadian sculptor Emanuel Hahn (1881–1957), the Bluenose is shown in all her glory. Hahn’s interpretation was based on a photograph by Wallace MacAskill. The coin was first minted in 1937 when the coins of King George VI were introduced into circulation and it is this reverse design that has remained on the 10-cent coin ever since. 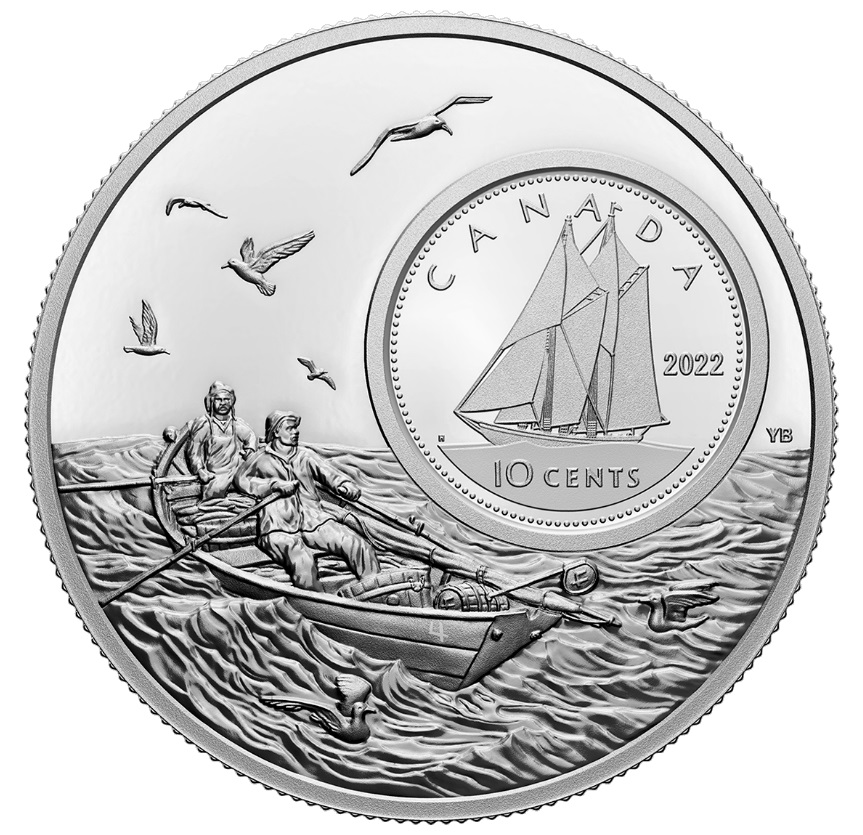 The reverse side of the new coin is comprised of two integrated designs which include a wider background interpretation of the original 10-cent coin. This is the work of Canadian artist Yves Bérubé, who shifts the focus to Bluenose’s legacy as a working fishing vessel, capturing the reality of life at sea in the time of Bluenose. The depiction focuses on the fishermen who were the backbone of the North Atlantic fishing industry. To the right is a finely replicated and detailed 10-cent coin superimposed, which is the work of Emanuel Hahn. 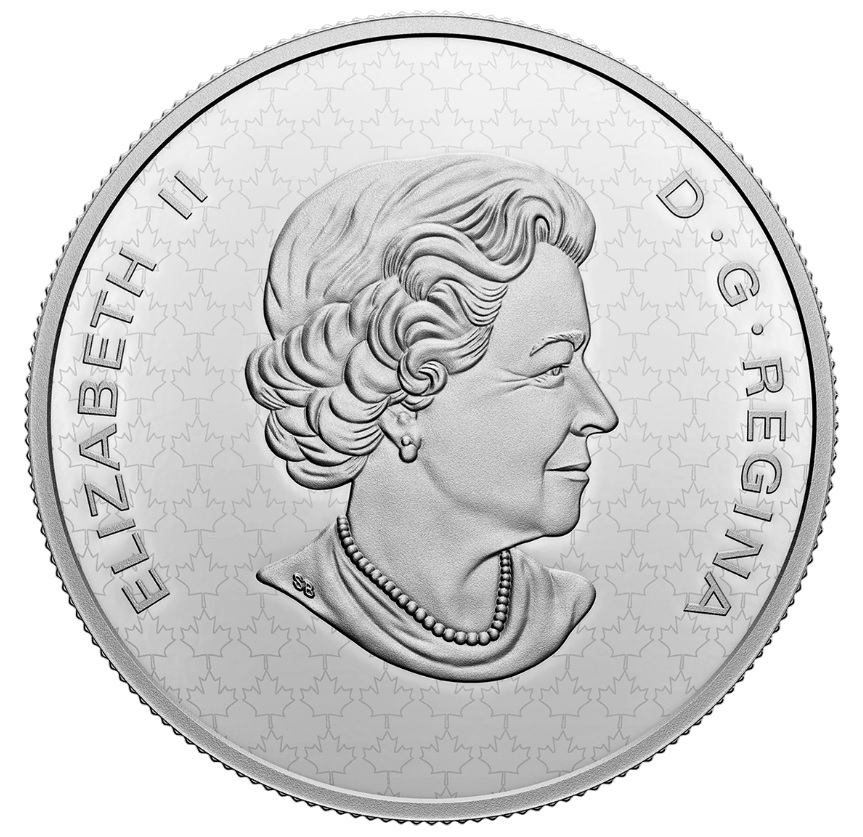 The reverse side depicts an effigy of HM Queen Elizabeth II created by Susanna Blunt and included on Canadian coinage since 2003. A maple leaf field pattern is also featured.

Each coin is encapsulated and presented in a corresponding custom case accompanied by a certificate of authenticity. The series is available with a subscription; a complimentary wooden display case designed to house all six coins is included with subscriptions. The schedule for their release is shown below.

Canada: An Inuk and a qulliq — new 1/20-ounce coin minted out of Arctic gold