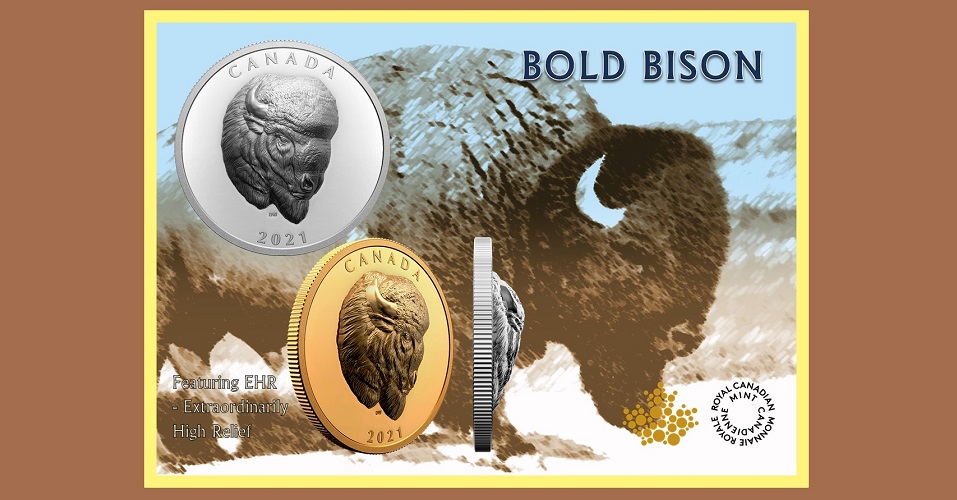 The Royal Canadian Mint has released new gold and silver Proof coins that utilise a new production technique known as EHR (extraordinarily high relief), which takes the process of high-relief minting to another level altogether. Following up with last year’s release of the Proud Bald Eagle coins, the focus on the Bison as the coins’ primary design for 2021 and the application of EHR is the perfect fusion of modern technology and classic Canadiana. Bison are the largest and heaviest land animal in Canada, with bulls standing tall at two metres (6.5 feet) high and can weigh more than a tonne. 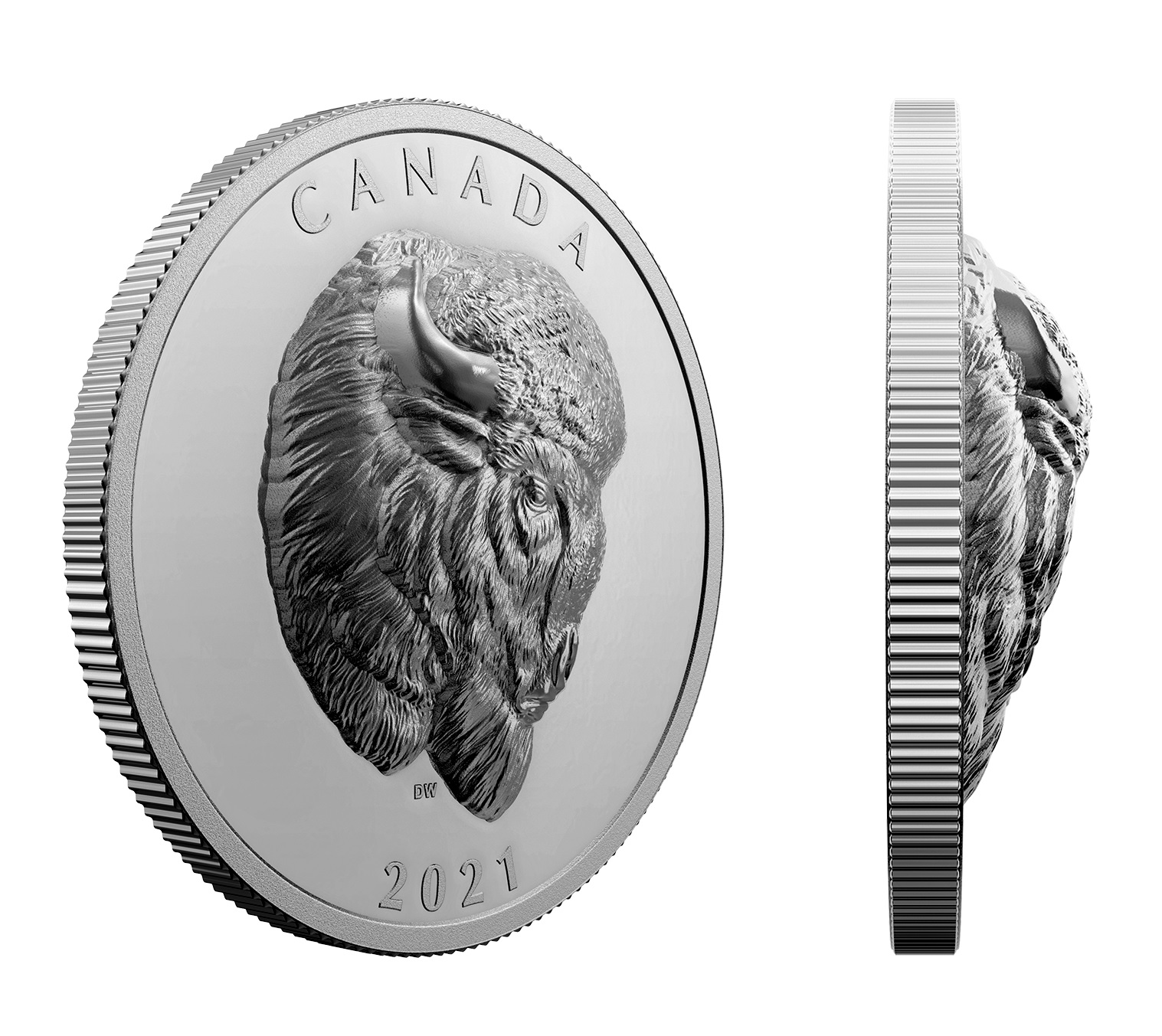 The coin’s reverse side is designed by Canadian artist Derek C. Wicks, who has created a striking three-quarter portrait of a bison that has a solemn expression as it gazes towards the right. Its unique physical features including the upturned horns and the hump behind the shoulder (which isn’t composed of fat, but of muscle supported by vertebrae). The hump is most utilised during the winter when the bison uses its head and hump to push snow out of its way. The textural variations of its fur are all accentuated by the EHR strike which allows for a greater depth of engraved details. Extraordinarily high relief also results in great detail as the wildlife portrait rises up from the coin’s mirror-like surface to reach a height of over six millimetres, which is over four times higher than an ultra-high relief (UHR) coin of the same diameter. Above the image of the bison’s head is the text CANADA and below is the year of release, 2021.

The obverse side features the effigy of HM Queen Elizabeth II created by Susanna Blunt. The denomination of 250 DOLLARS (gold) or 25 DOLLARS (silver) is placed below the Queen’s likeness. 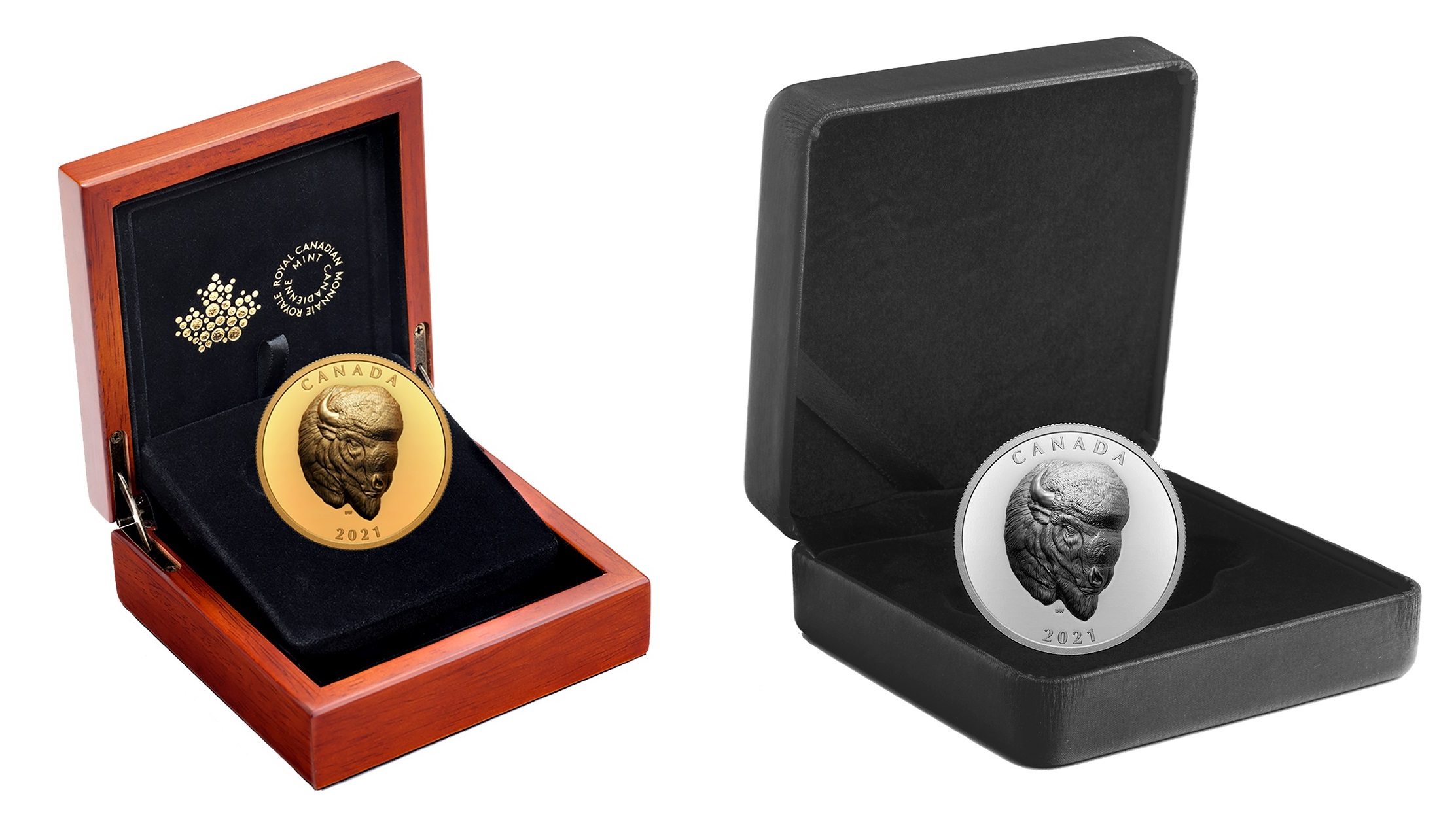 The gold and silver coins are available from the Royal Canadian Mint’s direct channels, dealers located in Canada, and an exclusive distribution partner within the United States and internationally. For additional information, please click here.