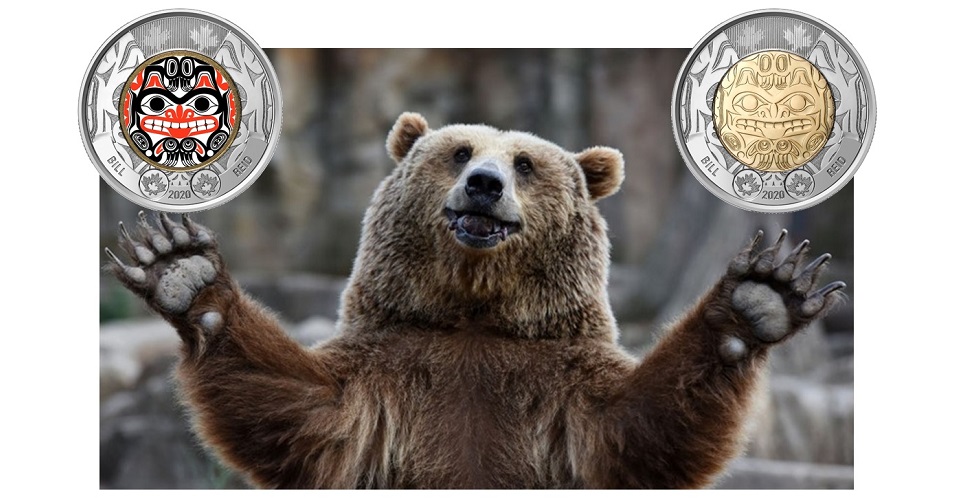 The Royal Canadian Mint has released new $2 commemorative coins in honour of the 100th anniversary of the birth of Haida artist Iljuwas, known as Bill Reid (1920-1998), who brought Haida art and culture to a global audience. He was a master goldsmith, carver and sculptor, writer, broadcaster, and a gifted mentor who championed Haida causes throughout his life. Through his mother, Reid was a member of the K’aadasga Kiigawaay Raven Wolf Clan of T’aanuu. Haida Gwaii, translated simply as “Islands of the Haida people,” is an archipelago of islands on the north coast of British Columbia, formerly known as the Queen Charlotte Islands. Haida society continues to be engaged in the production of a robust and highly stylised art form. Few components of northwest coast art are more noteworthy and internationally recognised than large wooden carvings or totem poles. Chilkat weaving and ornate jewellery are also gaining notoriety, transitioning rapidly into works of popular expression such as Haida manga. 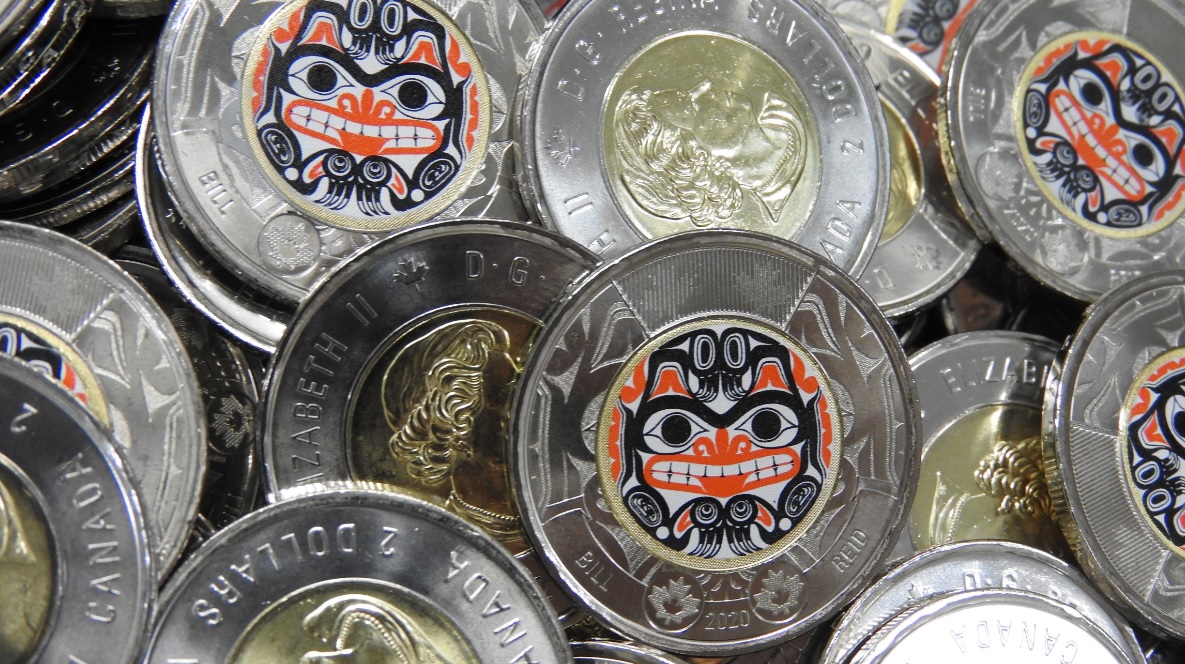 Reid’s extraordinary body of work includes 1,500 pieces ranging from jewellery art to monumental carvings, and more recently, his distinct artwork has appeared on Canadian coins. The Xhuwaji, or grizzly bear, became a favourite character of Bill Reid’s, and he often used this specific motif in his jewellery designs and sculptures. 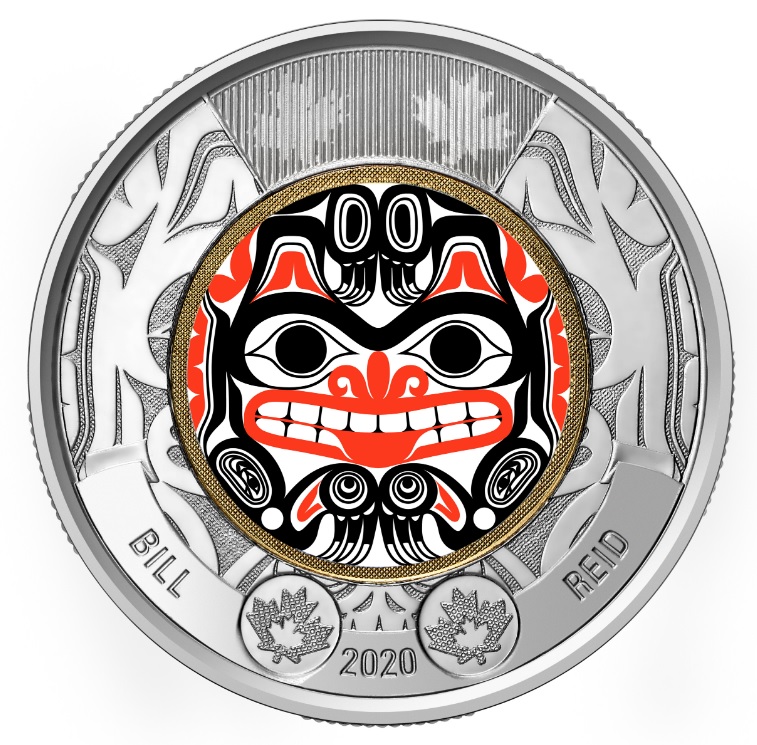 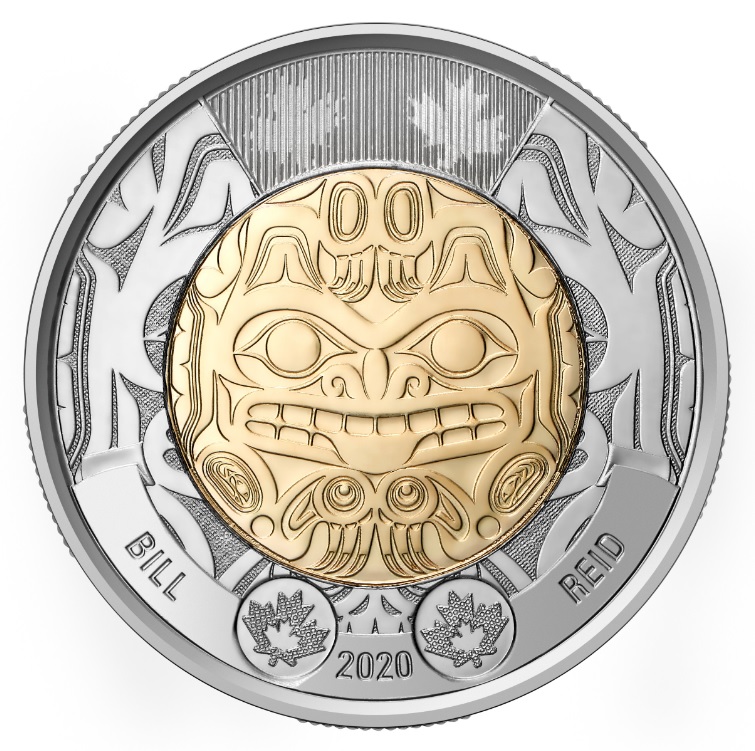 The reverse design of the $2 coins features red, white, and black over the engraved rendering of Xhuwaji, Haida grizzly bear, by renowned Haida artist Bill Reid. His name and the year of issue are shown placed between the inclusions of two maple leaves. 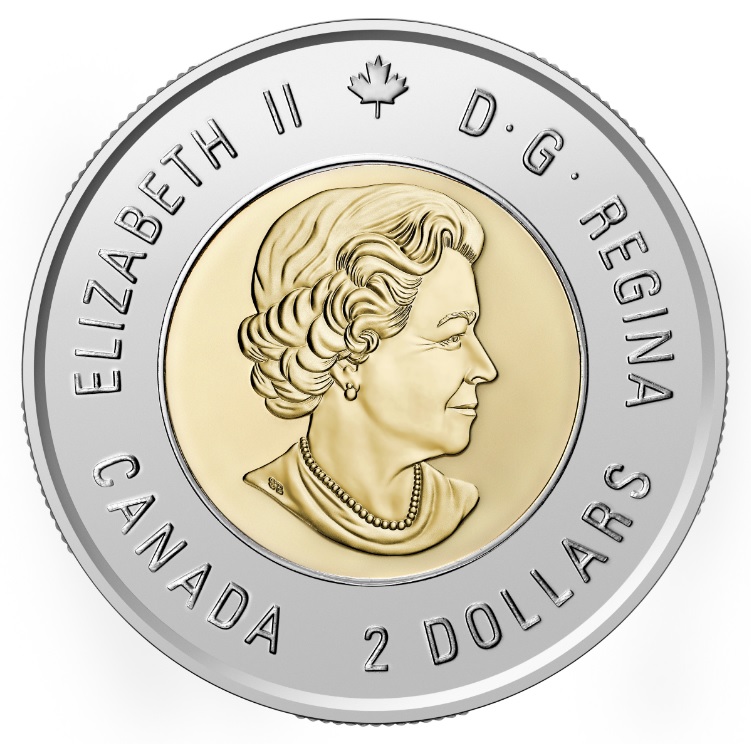 The obverse side features the effigy of Her Majesty Queen Elizabeth II by Susanna Blunt. The coins’ denomination of 2 DOLLARS is shown on the obverse and under the Queen’s likeness. 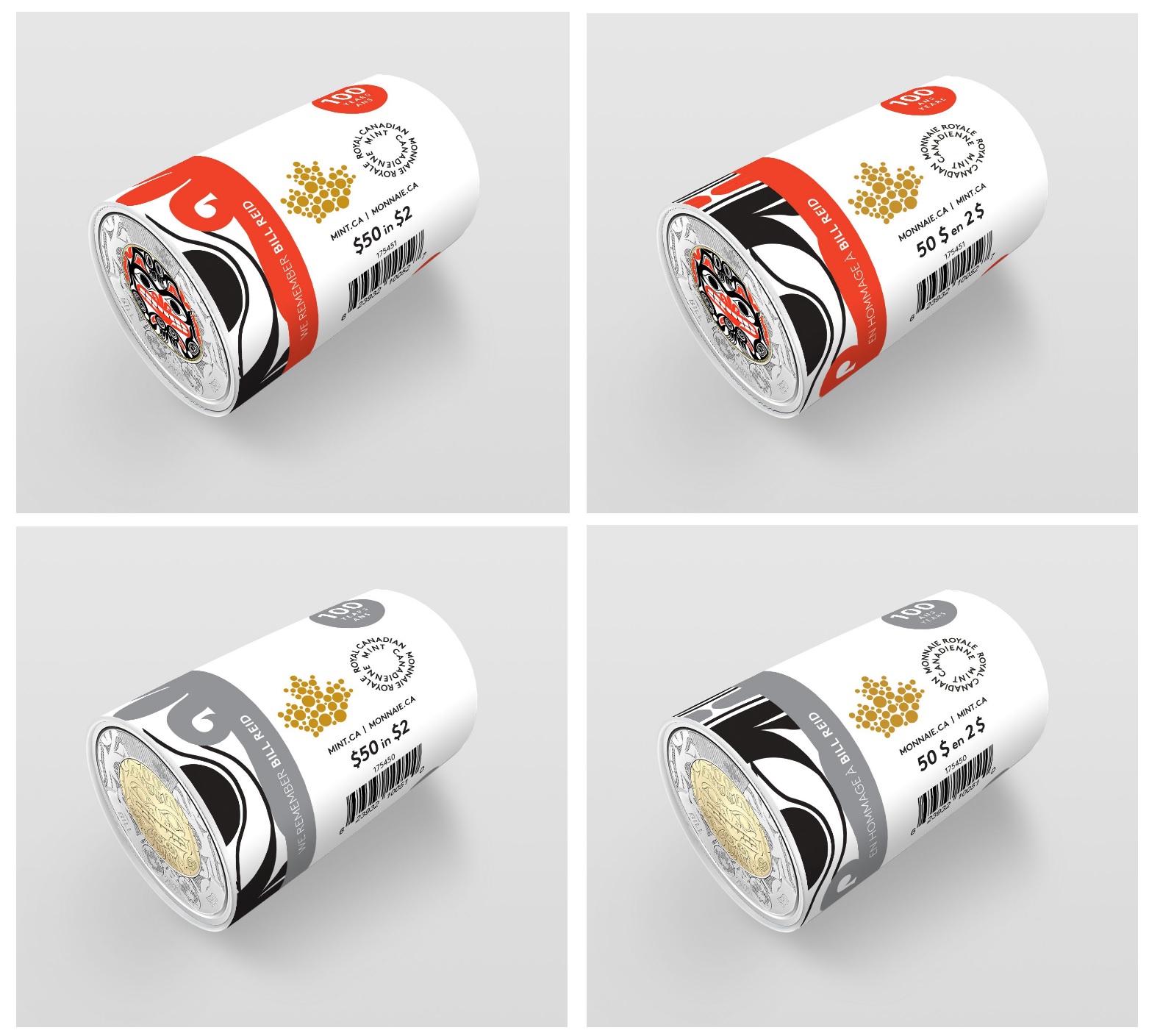 This circulation quality coin is available in both colour and non-colour versions and is packaged in rolls of 25 pieces, with or without colour, and with English or French text on the outer wrappings. 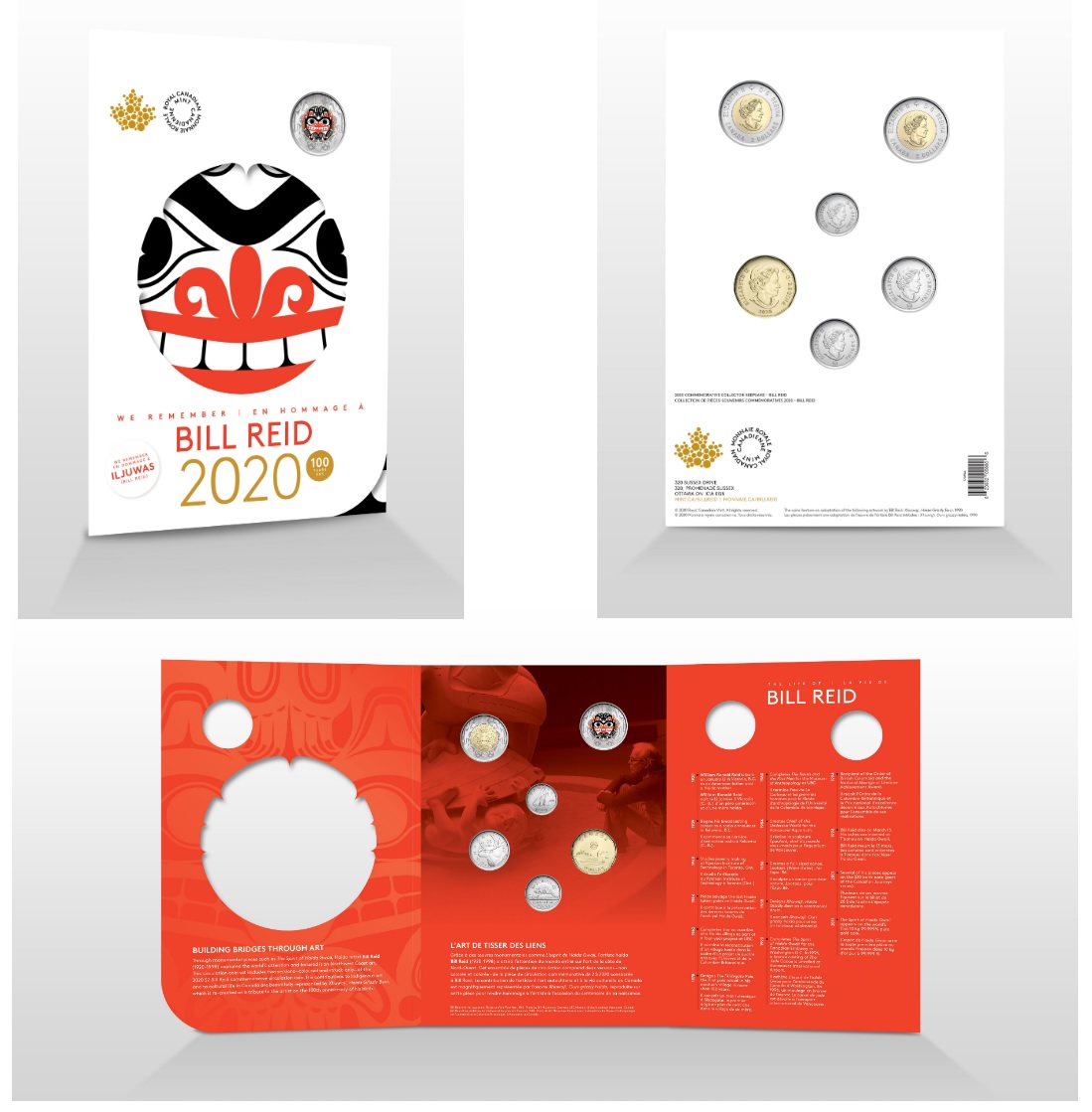 Both coins are also included and presented in a colourful folder that includes Canada’s other four circulating denominations of $1, 25, 10, and five-cent coins. For additional information about these coins and others available from the Royal Canadian Mint, please visit their website.