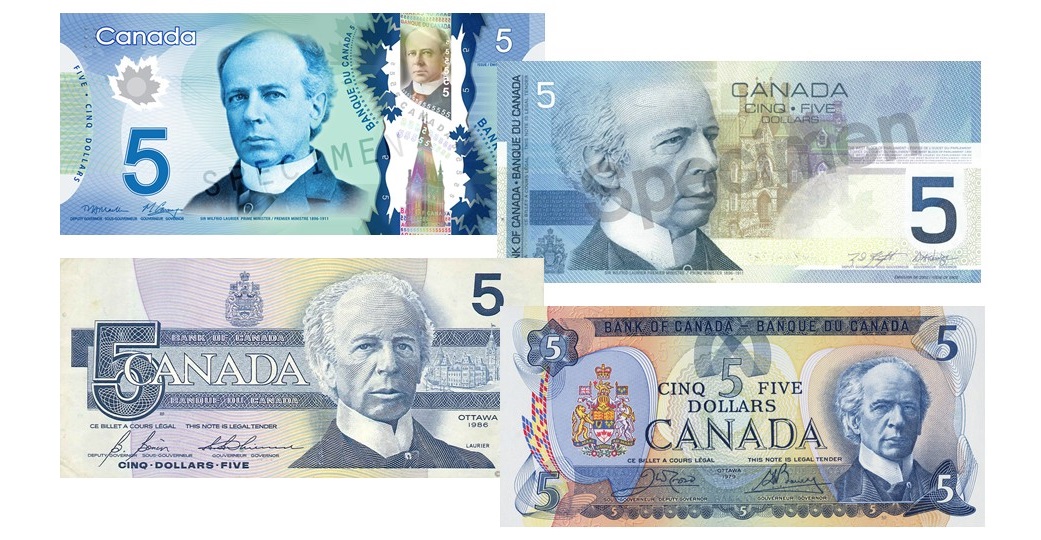 The governor of the Bank of Canada, Stephen Poloz, announced (9th January) that a new initiative to re-design the $5 banknote would involve broader public input to determine the personality featured on the face. Bank of Canada Governor Stephen Poloz announced the plans about the country’s smallest banknote denomination at the end of a speech to a business audience in Vancouver. Governor Poloz reiterated the bank would launch public consultations for the design of the polymer note, similar to the ones which led to the selection of Viola Desmond for the $10 banknote. Part of the plan will include asking all Canadians to nominate any historic Canadian, or in the words of the governor: “Someone who is truly banknote-able.”

The Bank of Canada moved to polymer banknotes between 2011 and 2013 when their “Canadian Frontiers” series was launched, becoming the first country in the Americas to adopt a full series of currency notes printed on the polymer substrate. After a re-design of the $10 banknote in which the design format was changed to a vertical layout, the Bank of Canada, through public consultation, included civil rights personality, Viola Desmond. The note was officially issued on the 19th November 2018, and now, it’s the $5 banknote’s turn for a makeover.

Desmond, a Nova Scotia civil rights pioneer and businesswoman, was selected by Canada’s finance minister to be featured on the $10 bill after an open call for nominations for prominent women who could appear on a banknote. Her inclusion of the $10 denomination displaced Canada’s first prime minister, John MacDonald (1815–1891), who had been included on the note as part of the “Scenes of Canada” issued between 1969 and 1971. The new $10 banknote gained further notoriety as it was unique since it is the only Canadian currency note with a vertical design, as opposed to the conventional horizontal. 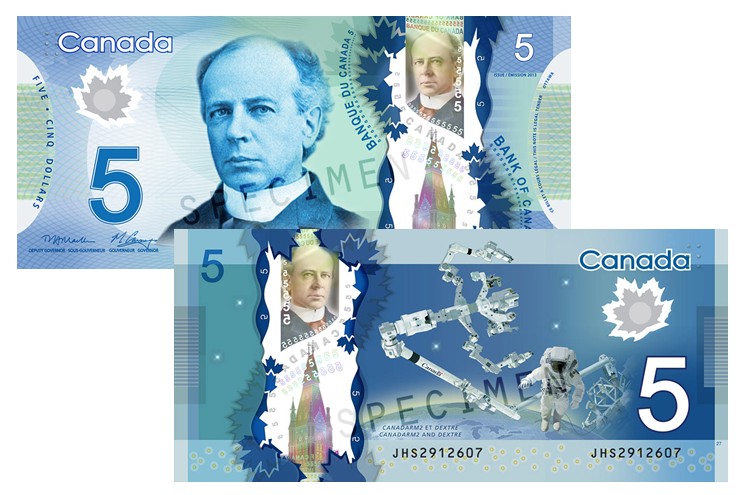 Currently, Sir Wilfrid Laurier (1841–1919), Canada’s first prime minister of French heritage, who governed from 1896 to 1911, is featured on the current versions of the $5 banknote. Laurier has appeared on one side or the other of at least the past four versions of Canada’s $5 denomination, dating back to the “Scenes of Canada” released in 1969, through the “Birds of Canada” series launched in 1986, the “Canadian Journey” series launched in 2001, and the current “Frontiers” series polymer banknotes which launched in 2011. The Bank of Canada will release further details for the public’s input for the $5 banknote at the end of January. For additional information about Canadian banknotes, please visit their website.