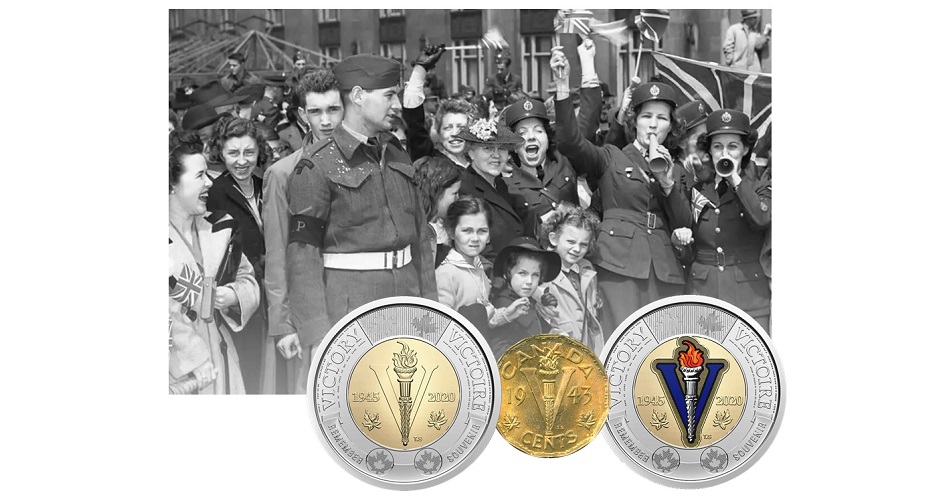 The Royal Canadian Mint has released (4th September) new commemorative $2 coins which are in remembrance of the 75th anniversary of the end of the Second World War, a conflict in which the Canadian armed forces had been fighting since September 1939. Just two decades after the official end of what had been known as the “Great War” in Europe, the capital cities in Europe were once again in deadly conflict. With the invasion of Poland in September 1939, the British government had sent an ultimatum to Berlin that unless they receive an undertaking the Third Reich were prepared to withdraw their forces immediately, that a state of war would exist between the two countries.

For the six years, Canadian soldiers serving in uniform in all branches of their armed forces and essentially keeping the home fires burning would play a vital role in attaining a hard-won peace, which was finally achieved in Europe in May 1945. A second front in the Pacific, with Canadian and Allied forces battling the Japanese Empire, was also achieved in September 1945 shortly after the detonation of atomic bombs in Hiroshima and Nagasaki. Both hard-fought victories were received in Europe, the United States, and Canada with spontaneous celebrations in the streets, parties, and outright expressions of both exuberance and relief that the victorious fighting men would soon be coming home. The cost to countries, families, and individuals was immense, but since the conclusion of this conflict, Europe has lived in peace for its 75th year — the longest-ever spans of time in history. 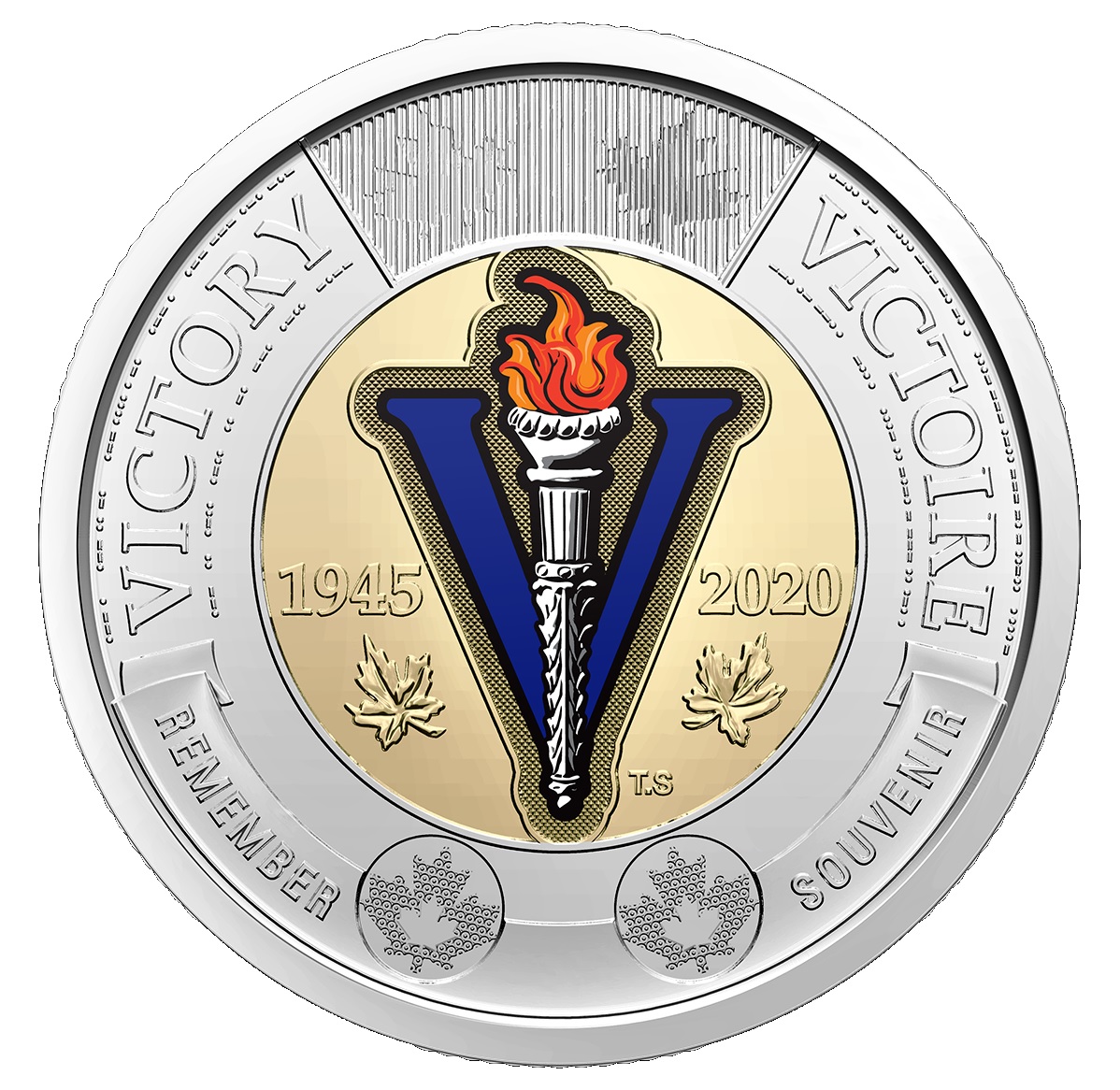 The $2 circulation coins commemorating the 75th anniversary of the end of the Second World War are inspired by the 1943-45 Victory nickels designed by Thomas Shingles. 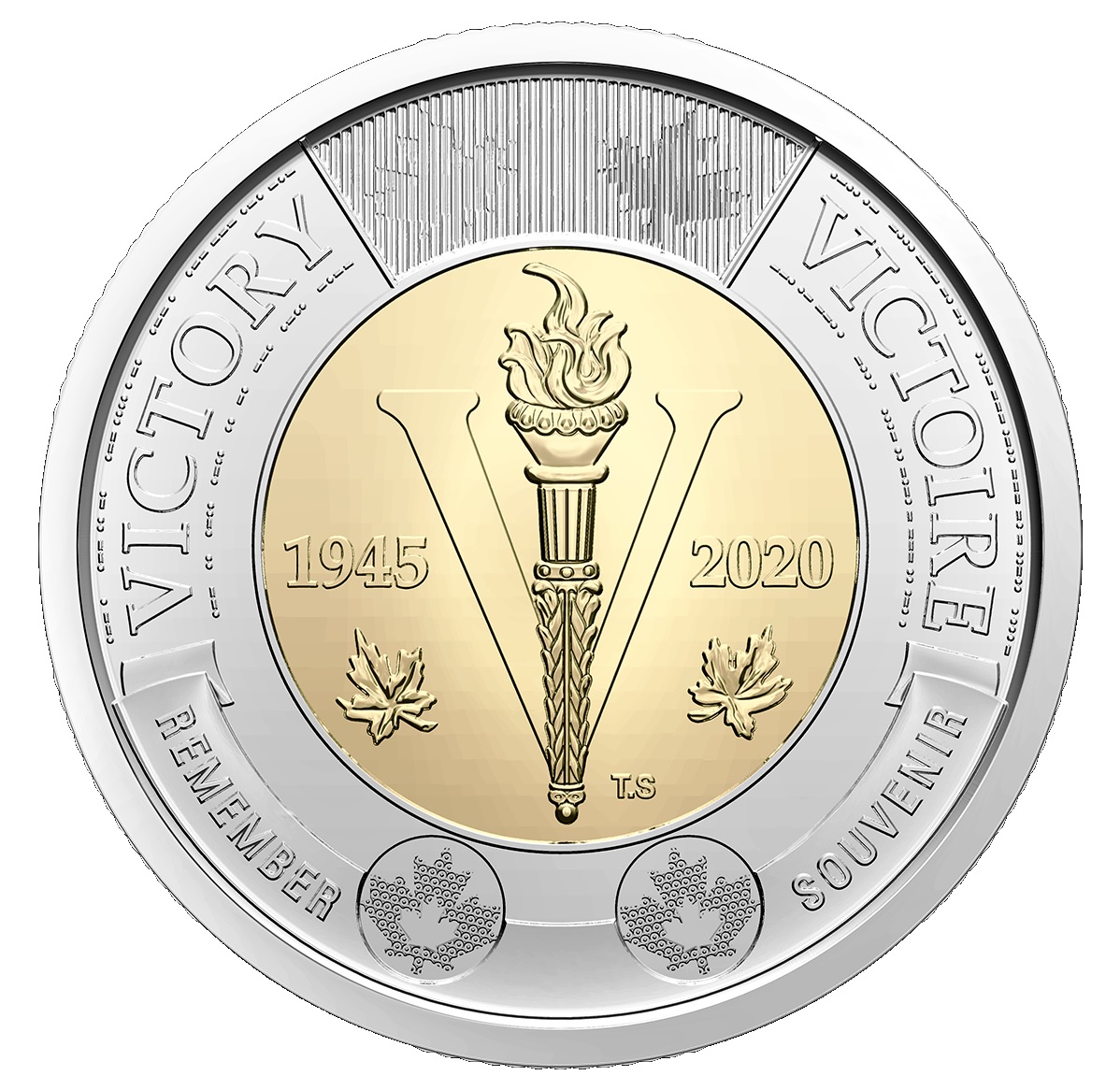 The letter is overlaid with a flaming torch and flanked by maple leaves over the dates 1945 and 2020. The words VICTORY and VICTOIRE appear on the outer ring, as does a message engraved in Morse code. WE WIN WHEN WE WORK WILLINGLY, and LA BONNE VOLONTÉ EST GAGE DE VICTOIRE first appeared on wartime Victory nickels. 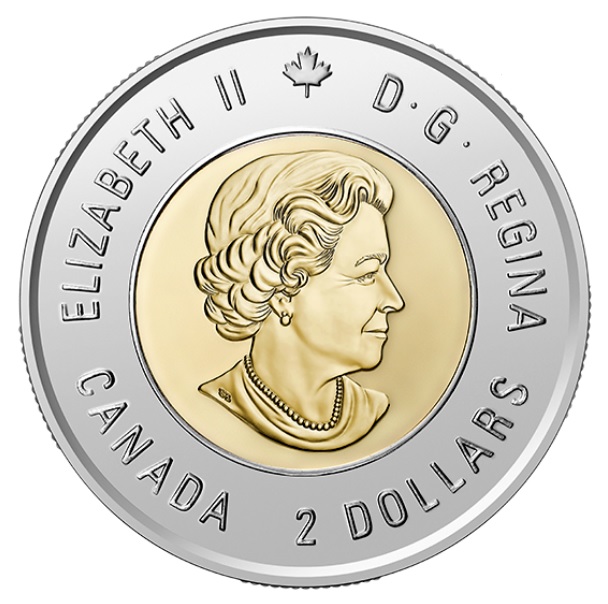 The obverse features the effigy of Her Majesty Queen Elizabeth II designed by Canadian artist Susanna Blunt in 2003.

The Royal Canadian Mint is adding to this historic commemoration by offering related collector products. There are 15,000 coloured and 5,000 uncoloured limited-edition special wrap rolls of 25 Uncirculated coins each. The mintage is set at 100,000. For additional information about all the related products and options for the VICTORY $2 coins, please visit the website of the Royal Canadian Mint.